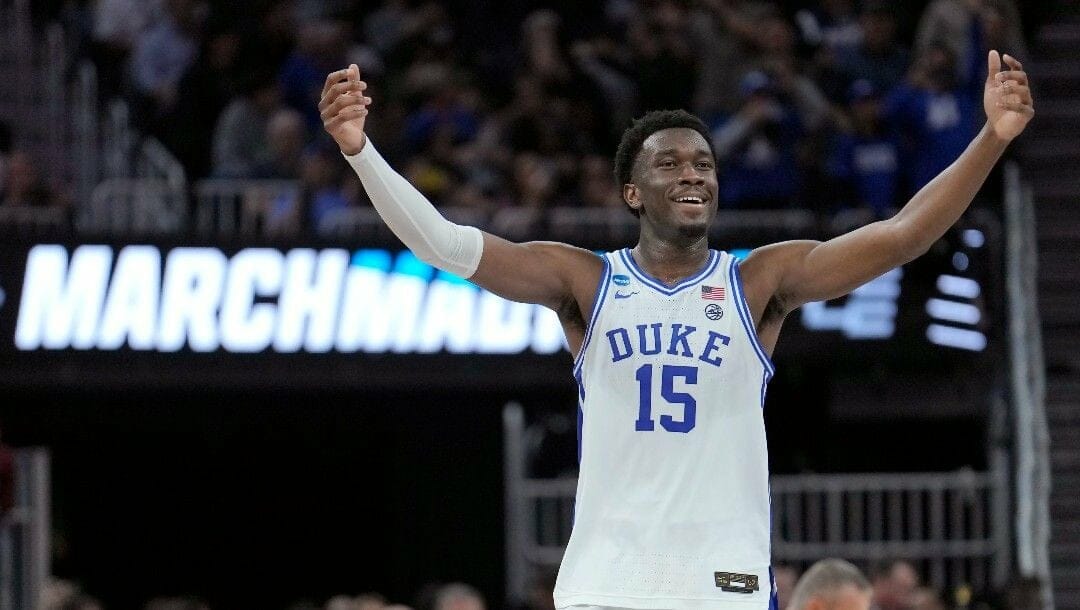 Saturday’s national semifinal between North Carolina and Duke may be one of the most anticipated Final Four games in history. It will add another chapter to the rivalry’s saga as Mike Krzyzewski hopes to finish his illustrious career with another national title.

As of Thursday, college basketball betting lines have Duke as a 4-point favorite.

After splitting the two regular-season meetings, both teams have looked incredible on their journey to the Final Four.

This spread feels perfect and like a total stay-away spot. Rather, it’s valuable to turn your attention to the total to find some value in this Tabacco Road matchup.

Although North Carolina has evolved exponentially throughout the course of the season, one thing has remained constant under head coach Hubert Davis as it was under Roy Williams: pushing the pace with the basketball.

The Tar Heels rank 39th in the nation in KenPom’s adjusted tempo metric and have cleared 90 points twice already in the NCAA tournament. It was the key to their victory over Duke in the regular-season finale and it wouldn’t be surprising to see Davis roll out a similar game plan in Saturday’s rubber match.

There's a reason North Carolina is still in the tournament pic.twitter.com/BaDusdp7bL

The Blue Devils have been a moneymaker towards the over in recent outings.

Dating back to their victory over Syracuse on February 26, Duke has cleared the total in eight of their 10 games. In a standard 69-possession game when they first met on Feb. 5, an 87-67 final score beat this number while the second meeting blew past this total with a final score of 94-81.

There is simply too much talent and shotmaking ability on the court in this matchup for this one to stay under.