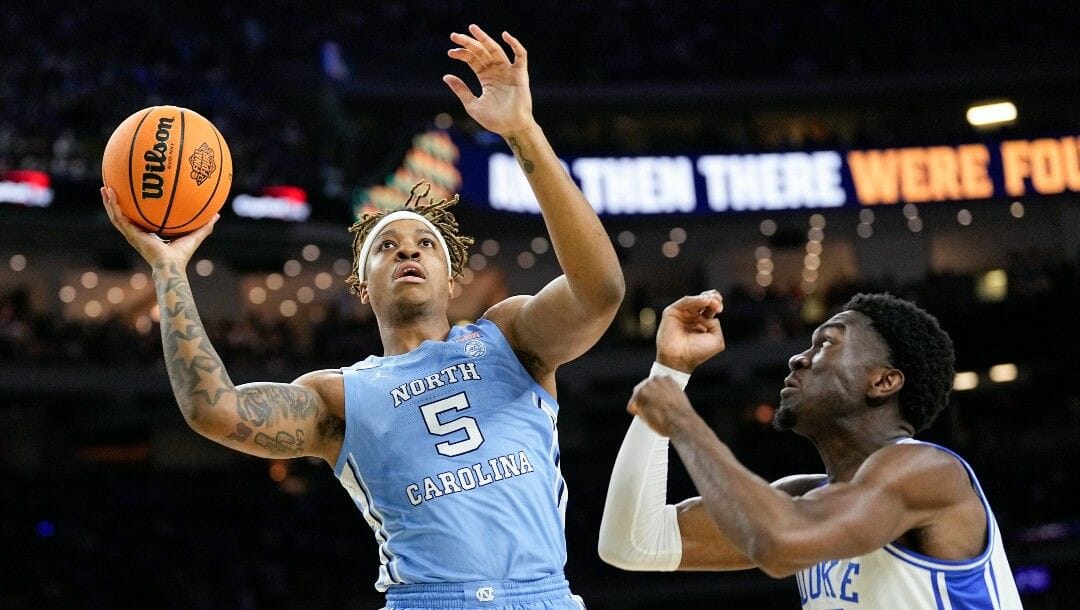 Monday is the final day of college basketball betting this season with North Carolina and Kansas facing off in the national championship.

It’s not a matchup many expected when the brackets were released, but it is certainly highly anticipated as two of the nation’s winningest programs will face off in New Orleans. There are 4,678 wins, 37 Final Fours, and nine national championships between these programs as they will meet for the first time in nine seasons.

The college basketball betting lines currently have Kansas as a 4-point favorite.

To prepare you for the action, we take a look at this matchup, including some college basketball betting trends and a prediction.

North Carolina vs. Kansas Where, When, How to Watch

It’s felt like the North Carolina magic was set to run out over the last few rounds, but the Tar Heels continue to show up time and time again. This spread feels pretty dead-on, so instead, we’ll turn the attention to the total.

It’s a lofty 151.5,  but with good reason as both teams ranked second in their respective conferences and top 70 in the nation when it comes to pace. We saw North Carolina’s desire to push the tempo in the first two rounds of the tournament where they posted 75 possession against Marquette and 87 in an overtime win over Baylor.

Even just 69 possessions against Duke on Saturday was enough trots down the court for them to clear this total.

Caleb Love carried North Carolina to the national championship game with 28 points and some incredible clutch play, showing his 6'9 wingspan on one gorgeous extension finish and then a huge pullup 3 over the outstretched arms of Mark Williams late. Big time performance. pic.twitter.com/NMp9t4oDuz

As for Kansas, a total of 146 points in what was easily the slowest-paced game they played all season against Villanova on Saturday was wildly efficient. The game saw just 58 possessions yet the Jayhawks found 81 points against a strong Wildcat defense. They seem to be peaking offensively at the perfect time and North Carolina may struggle to hold them at bay here.

The Tar Heels have proven they can score with anyone and these offenses combined with some tempo should lead to an over on Monday night.