4 Potential Cinderellas in the 2022 NCAA Tournament 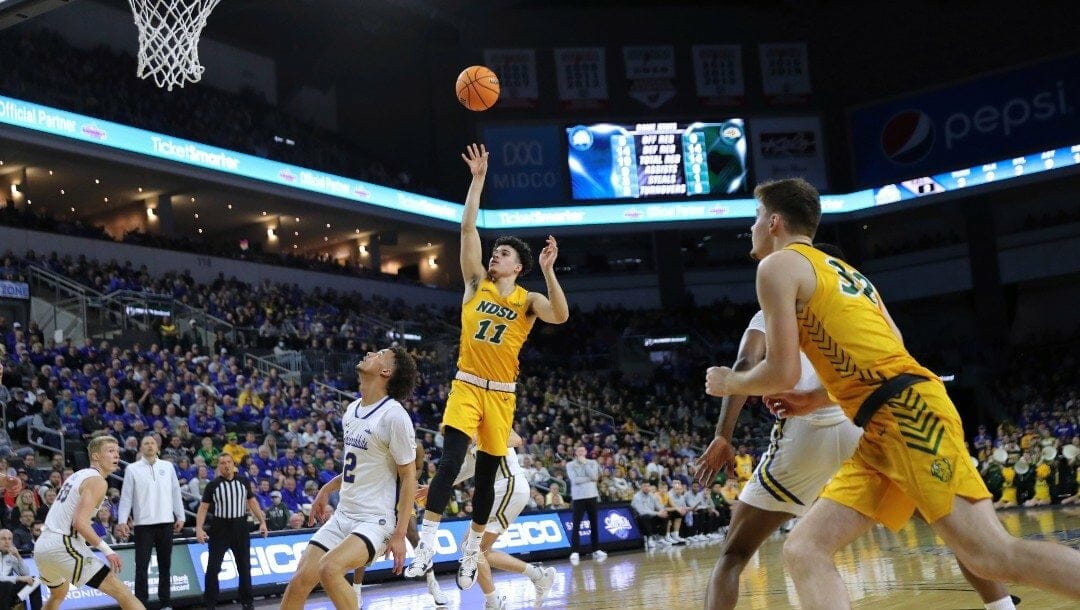 They happen every year. A team with very low college basketball odds that nobody expects spurs a massive upset that kills dreams, and busts a ton of brackets.

Well to prepare you for this inevitability, and to help with your college basketball betting picks, we have taken a look at four different teams we could see as this year’s Cinderella in the NCAA tournament.

Not all of them will find their way to the second round, but we can almost assure you at least one of them will.

Let’s take a look at some No. 13 seeds or lower that could bring the madness to March and drama to college basketball betting.

South Dakota State is the most popular Cinderella in this field and with good reason.

The Jackrabbits may have the best mid-major offense in the nation and rank 12th among all schools per KenPom on the offensive end. Their 21 straight wins dating back to December 20 is absurd and they are largely getting it done with 3-point shooting.

They are the best 3-point shooting team in the nation and have three different players averaging at least 40% from beyond the arc, including one shooting above 50%.

They have quite the favorable first matchup against a No. 4-seed Providence team that most believe is overseeded based on some lower predictive metrics numbers.

The Jackrabbits are just a 2.5-point underdog, so if you are looking for a “safer” Cinderella, this is your option.

Vermont isn’t getting much love here and it baffles me.

The Catamounts are typically a tournament regular, they are the fourth-oldest team in the nation, and they won their three conference tournament games by an average margin of 36 points.

This offense is absurd, ranking third in the country in effective field goal percentage while relying on the dynamic duo of Ryan Davis and Ben Shungu to be productive on a regular basis. As for their first-round opponent, No. 4 Arkansas has a scary-high ceiling as we saw in wins over both Kentucky and Tennessee, but they have just one win away from home against a tournament team this season.

We saw the best Razorback teams in Bud Walton Arena and with this game being in Buffalo, I fear a Vermont-heavy crowd plus some neutrals rooting for an upset may make this close to a true road game for Arkansas. Vermont can win this one and I wouldn’t be shocked to see them in the second weekend either.

Chattanooga has two things that you love to see in a potential Cinderella team: An old, reliable backcourt and a big man with high-major experience.

Senior David Jean-Baptiste, third-year sophomore Malachi Smith, and fifth-year senior Darius Banks give this team plenty of wisdom if you will, while Kansas-transfer Silvio De Sousa brings legitimate size and skill in the paint that most mid-majors lack going up against a Power 6 opponent.

No. 4 Illinois is a tough draw here and I’m not sure I’m fully on board with the Mocs spurring the upset, but it would be far from surprising to see them pull it off or at least keep it close for most of the game.

A Sweet 16 run isn’t out of the realm of possibility with a win, as No. 5 Houston would be the likely opponent waiting for them this weekend, a team that just got their first Quad 1 win of the season in the AAC tournament championship on Sunday.

Every team listed so far has been at least somewhat discussed in the media as a trendy upset, but this one is getting very little to no love.

This is as much of a fade of their opponent, No. 3 Wisconsin, as it is a backing of Colgate. The Badgers have an unbelievable resume consisting of nine Quadrant 1 wins and the most victories over tournament teams out of anyone in the entire field. But, many close games have gone their way over the course of the season.

The team ranks eighth in the nation in KenPom’s “luck” category, and that comes because 19 of their 24 wins this year have been by single digits. The Raiders enter the tournament red-hot, winning 19 of their previous 20 games, and are the second-best 3-point shooting team in the nation.

They are nearly top-20 nationally with 38.9% of their points coming from beyond the arc and are just a 7.5-point underdog. If you want some bragging rights in your March Madness pool at work with a sneaky upset, this is the one.