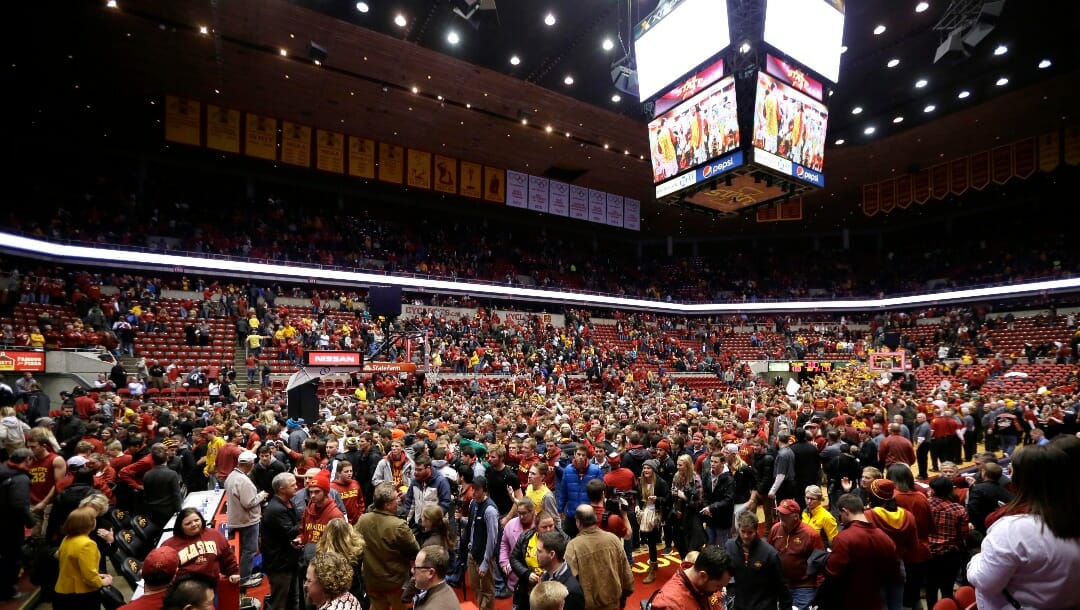 What are the best college basketball arena experiences in the country?

This arena is more than just a home for the Spartans, playing host concerts and other sports.

However, each fall, the Izzone comes alive as the Spartans student section is one of the most unique in the country. Coach Tom Izzo is legendary for having his teams get hot late in the season, so beware of the Breslin Center in March.

This arena is one of the newer locations on the list, as it only opened in 1986.

While it missed the greatness of Michael Jordan and James Worthy, the arena named after their coach could add to its legacy in the coming years. The aura and recent Final Four trip should help bring in the talent to make magic for the Tar Heels.

The home of the Hoosiers has an old-school feel to it as the bleacher on each end of the court put the students right on top of the court.

They, combined with the rows of seats on each baseline, make Assembly Hall one of the loudest arenas in the country.

Deemed “the most storied gymnasium in the history of collegiate athletics.”

No other arena in the country has hosted more games. The Palestra is the original college basketball arena, having been replicated many times since it opened in 1927.

One of the largest and most recognizable arenas in the country is the home of the Kentucky Wildcats.

Rupp Arena holds 23,500 fans and has become the toughest place to play in the SEC.

The rowdy crowd at the Hilton Coliseum has quickly become one of the most feared environments in the Big 12.

Their home-court advantage was apparent last season as the Cyclones went 16-5 at home, including multiple upsets over ranked opponents.

The world’s most famous arena has also become a mecca for Big East basketball.

While it is the home of the Red Storm during the regular season, everyone flocks to the garden in March for the best conference tournament in the country.

The largest domed stadium in the country can bring 35,000 Syracuse fans together to cheer on the Orange.

Legendary coach Jim Boeheim named it the “Loud House” as the noise can sometimes be deafening. The Carrier Dome is a unique experience that is a must for every college basketball fan.

“The Phog” is a college basketball cathedral. Allen Fieldhouse only holds 16,300 fans, and they are packed in tightly to the court, which makes it challenging for any opponent to beat them there.

The Jayhawks rocked at home this past season; they went 20-2 at home, racking up several Quadrant 1 wins, before going undefeated in March and April on their way to a national title.

While this will no longer be the home of Mike Krzyzewski, the “Cameron Crazies” will still be there year after year.

Every Saturday, 9,300 fans pack into the stadium to cheer on the Blue Devils. It is the country’s most significant home court advantage as the fans are right on top of the court. With Duke being a blue blood program, Cameron Indoor Stadium will remain at the top of the list for generations.

Online sports betting is available for thousands of college basketball games each year.

With updated spreads, over/under totals, parlays, props, and more, there are a variety of betting opportunities for everyone regardless of fandom, basketball knowledge, or sports betting expertise.

Visit the online sportsbook during the season to take your college basketball entertainment to the next level!