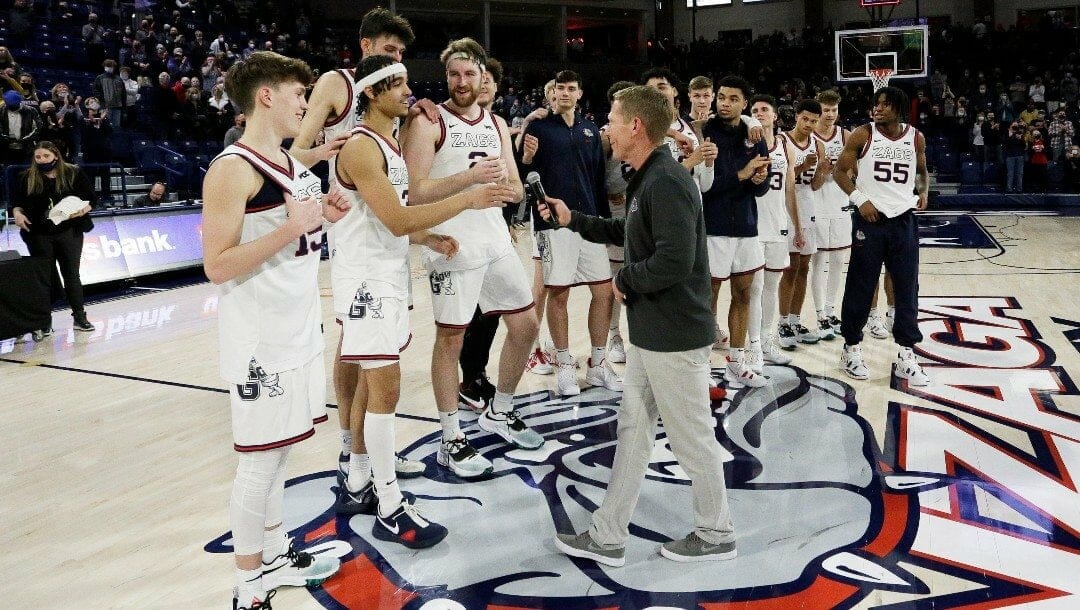 There are a number of teams in the 68-team field, some with better NCAA basketball championship odds than others, who have a legitimate chance of winning the national championship.

Here’s a look at the West region, including who we believe will be cutting down the nets in San Francisco on their way to the Final Four.

People do not realize how absurd it is that No. 1 Gonzaga is laying juice to make the Final Four out of the West region.

The Zags have dominated all year long up until a wire-to-wire loss to Saint Mary’s in the regular-season finale. If not for that, you may be laying even steeper of a number.

By betting the Zags, you are basically putting together a four-game parlay on the Bulldogs and it’s being priced at minus-money. Not something I am looking to do, but it’s hard to see anybody in this region stopping them.

The frontcourt duo of Chet Holmgren and Drew Timme complement each other perfectly and with shooters all over the floor surrounding them, this offense is terrifying to go up against. I don’t see much in this region that can stop them from reaching New Orleans.

I suppose if there is someone in this region that could pull it off, it’s No. 5 seed UConn.

The Huskies are incredibly athletic, have a solid paint presence, and have proven they can hang with the nation’s elite with wins over Auburn and Villanova this season.

The key for UConn’s success in this tournament will be if someone not named R.J. Cole steps up on the offensive end. Plenty of important possessions this season have relied on Cole’s ability to create for himself and against teams like Gonzaga or Texas Tech, it’s only going to take you so far.

If someone like Tyrese Martin or Andre Jackson can break out over the next few weeks, UConn suddenly becomes a serious value play to make the Final Four.

When No. 13 seed Vermont head coach John Becker says this is the best team he’s had at Vermont, everyone should be on notice.

The Catamounts have been a mainstay among the top of the America East and in the NCAA tournament for all of his tenure and this year is no different. I am particularly high on this Arkansas team, but I have Vermont beating the Razorbacks in the first round because they are just that good.

They would then likely square off with No. 3 seed Texas Tech who is a strong defensive team but can go on lulls on the offensive end at times and if you do that against Vermont (see the America East title game where UMBC did so), they will make you pay in a hurry.

Ryan Davis and Ben Shungu are one of the best duos in the tournament that you haven’t heard of and will keep Vermont in any game. I would honestly be shocked to see Arkansas have more than a five-point lead heading into halftime of this one.

That first-round game will be played in Buffalo, New York. Vermont is no Arkansas in terms of school size but the location seriously favors the Catamounts and that may be enough to get them over the finish line here. Food for thought when filling out your bracket.

As mentioned earlier, nobody is stopping the Zags.

This team is as complete as it gets at every position, and there are just no legitimate weaknesses. UConn and Texas Tech are the biggest threats for my money, but I just can’t see either of those teams pulling off the upset against the Bulldogs in this region.

Don’t lay the money, but certainly have the Bulldogs as your team coming out of the West in your bracket.