Wichita State AD Firing is a Warning to Mid-Majors Everywhere 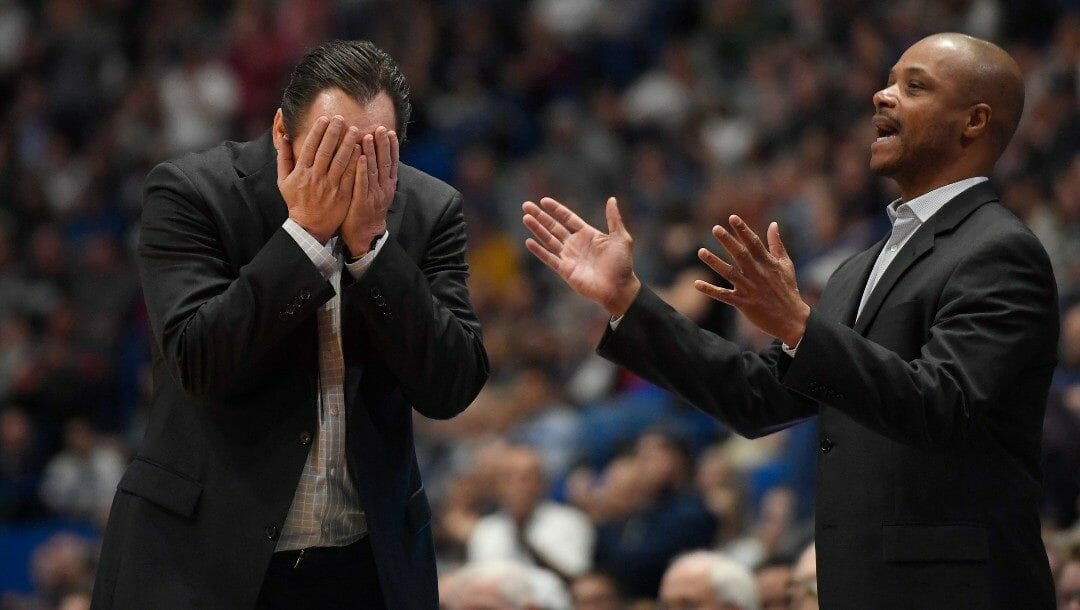 Unless you live in or around Kansas, you might have missed an intriguing, under-the-radar story from the college basketball offseason.

Wichita State basketball has seen better days. The Shockers qualified for seven straight NCAA Tournaments from 2012-18, including two Sweet 16 appearances and one Final Four run; since then, they’ve missed three of four tournaments, with the lone appearance ending in the First Four. In 2018, Wichita ranked as high as No. 3 in the AP Poll. Next season, according to college basketball odds, they’re 125-to-1 to win the title.

Given the dramatic fall of one of Wichita State’s biggest sports – the other is baseball, which is currently 21-34 – you may not be surprised to learn that Athletic Director Darron Boatright was fired this month.

But as is often the case with stories such as this one, the details are a lot more complicated than they might first appear.

In the weeks that followed the conclusion of the college basketball season, Wichita State had a problem. Three of its five leading scorers – Ricky Council, Dexter Dennis and Craig Porter Jr. – had submitted their names to the transfer portal.

It was the latest smack in the face for fans of a program that quickly fell from national title contender to nationally irrelevant.

Those same fans could articulate a clear problem at the root of the problem: NIL incompetence.

Boatright, the now-fired AD, even admitted to this, in his own sort of way.

Lamenting the general unfairness of the newfound NIL market and the aggressiveness that other schools have adopted, Boatright offered the following comment.

“You could not utilize NIL endorsements in recruiting, you couldn’t entice young people to come to your school based upon what is waiting for them when they get there,” Boatright told the media last month, while still AD.

“And that is exactly what is happening.”

Some part of me sympathizes with Boatright here.

I am, at my core, a rule follower. Here in downtown Richmond, where I live, My girlfriend gets annoyed with me when I want to wait for the crosswalk light to signal it’s okay to cross.

So when Boatright explains that he was trying to lead a department that followed the spirit of the new NIL rules, I do appreciate at least a little bit of what he is saying.

Alas, this is a fundamental error for a mid-major AD to consider, let alone publicly admit. This is the NCAA equivalent of driving the speed limit in the passing lane on the interstate, all while complaining about frustrated speeders who are angrily veering around you.

“The speed limit is clearly posted!” you might imagine Boatright declaring emotionally during a press conference. “The sign clearly says not to exceed 70 miles per hour!”

The issue at hand: there’s often a difference between the letter of the law and common industry practice.

Everyone with a passing understanding of college athletics understands the disadvantages that non-P5 schools must address. Name, Image and Likeness allows a meaningful avenue to create an advantage for yourself – assuming you’re willing to be proactive.

From what I can tell, Boatright wasn’t pro-active. He wasn’t even reactive. His frustration led to being inactive. Wichita only just forged an NIL Collective partnership in the last month, which almost immediately led to tangible results.

On the first day of launching, Armchair Strategies has already made a huge impact as a WSU NIL Collective.

Craig Porter (@craigporter0) just announced he will be returning to the Shockers for his final season. Here's the NIL package that changed his mind:https://t.co/3QBIN5yB0G

Wichita State has other athletics issues. As you probably know, head basketball coach Gregg Marshall agreed to resign as head coach two years ago after allegations of physical and verbal abuse. He received a payout that exceeded more than $7 million, which is a hefty payout for a non-P5 school. Much of the team entered the transfer portal, scuttling what had been a perennially successful program of the 2010s.

Wichita’s NCAA basketball odds haven’t been the same since.

Boatright’s signature success was successfully moving Wichita State from the Missouri Valley to the higher-profile American Athletic Conference. But many fans give the credit for that improvement to Marshall, who sustained high-level success in men’s basketball and made the Shockers a compelling realignment target.

The downside to a move? In a familiar postscript to a successful realignment story, Wichita has far fewer championships and noticeably more losses in a tougher conference. The losses are adding up a bit more than they used to, which always unsettles a fan base.

But it’s the NIL incompetence that drives many Shockers fans crazy, and understandably so. Any AD can make a bad hire, and any team can have a down year. But failing to correctly position an entire department based on the biggest, most impactful movement in college athletics is a fatal flaw, pure and simple.

The ongoing Wichita saga resonates with me because of how transitive a problem it is for other medium-sized athletic departments. My own alma mater, James Madison, is similarly positioned – a notable, non-P5 brand that has achieved national visibility over the past decade.

Unlike Wichita State, JMU has struggled to get its act together in men’s basketball. But in the last seven years, it’s hosted College GameDay twice, played foil to North Dakota State in a fun national FCS Rivalry, beat Boston College for the 2018 national championship in Women’s Lacrosse and captured America’s attention during last year’s Women’s College World Series run – just to name a few.

Like Wichita State, JMU is a smaller regional power that’s competing for national eyeballs. It’s going through a huge conference change – from the CAA to the Sun Belt – that will bring both greater visibility and competitive challenges. And it must have an NIL strategy in place to stay competitive.

If it doesn’t – if any school doesn’t – it’s forfeiting power and access to schools that have the willingness to act. Yes, even if those schools aren’t acting in the spirit of the original rule.

What everyone from Nick Saban to Darren Boatright has reinforced this past month is that NIL money is effectively the law of the land, whether they like it or not. Until the NCAA steps in with new regulations, we’ve reached the point where you bemoan it at your program’s peril.

From the early-season tournaments through the national championship, BetMGM has you covered for college basketball betting.

From spreads and moneylines to national championship odds and awards, there’s something for everyone at the sportsbook.