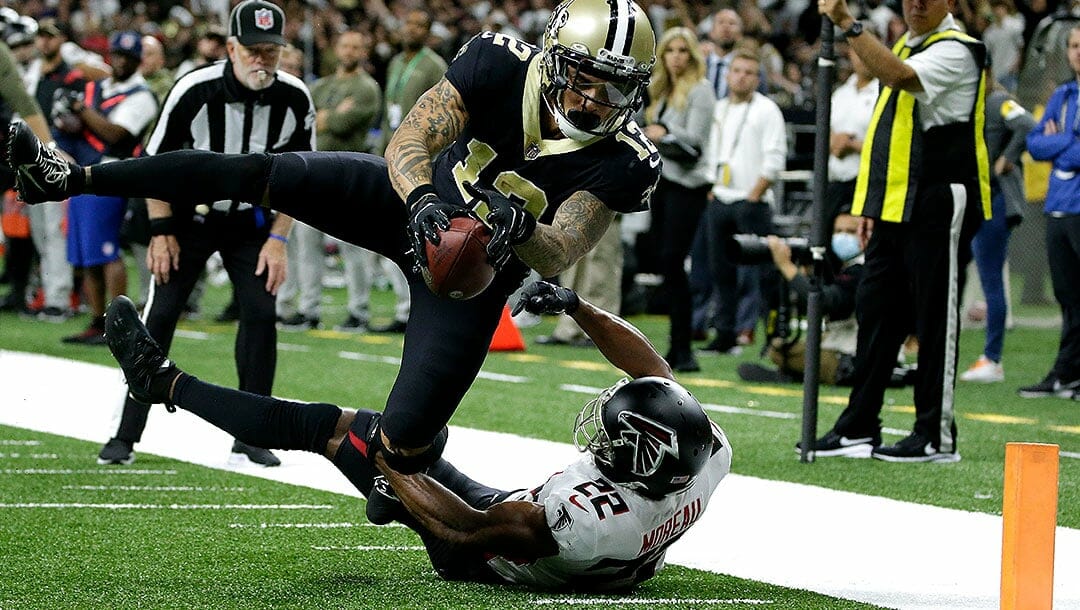 The New Orleans Saints are still hunting for a playoff berth heading into Week 18 of the NFL season. It’s been a season ravaged by injuries, as they’ve lost quarterbacks Jameis Winston and Trevor Siemian, top wide receiver Michael Thomas, and star running back Alvin Kamara, who missed four crucial weeks.

Despite their injury woes, the Saints are a win and a San Francisco 49ers loss away from the playoffs. The NFL betting lines have the Saints as a -4.5 road favorite against the Atlanta Falcons this week. Let’s look at what we can expect from New Orleans in Week 18.

The Saints have averaged 13.8 points in their last six games and have scored just 30 total points in their previous three. Astonishingly enough, they won two out of those three to keep their playoff hopes alive.

Taysom Hill, who has thrown just one touchdown pass in his last three starts and has averaged 184 passing yards per game, will get the start this week.

Hill is good at using his legs to get extra yards and keep defenses off balance. This season, he’s rushed for 356 yards and five touchdowns, averaging 5.5 yards per rush.

The good news for the Saints is that Atlanta’s defense might be worse than New Orleans’ offense. The Falcons rank 29th in the league in points allowed, giving up 26.8 points per game.

They’ve given up 25.4 points per contest in their last five games. Atlanta is incredibly ineffective against the run, surrendering 127.9 yards per game (26th), so the Saints would be wise to feed running back Alvin Kamara all afternoon.

Kamara’s mid-season knee injury hampered his statistics, as he’s only gained 756 yards and four touchdowns. That said, Atlanta’s weak rushing defense and Hill’s running ability should give Kamara and the Saints plenty of opportunities to gain yards.

Saints vs. Falcons: What To Expect

Atlanta won the first game between these two rivals 27-25 back in Week 9. The Saints ran for over 100 total yards in that game, and Trevor Siemian had a solid day, throwing for 249 yards and two touchdowns.

Down to their third-string quarterback, the Saints will need big games from Taysom Hill and Alvin Kamara to have a chance of winning this game.

Based on how these two offenses have played lately (56 total points on offense in their last four games combined), I expect a much lower scoring game this time around, with the Saints’ defense doing just enough to secure a victory.

Who Do You Have for This Week’s King of the Weekend Promo?

After a five-game losing streak, the New Orleans Saints have scratched and clawed their way into the playoff picture, winning three of their last four.

While I do think they’ll win this game, I don’t think they’ll score enough points to make them a viable option for the King of the Weekend promo. Sign up for an account today and pick the six teams that you believe will score the most points this week for your chance to win up to $50,000.