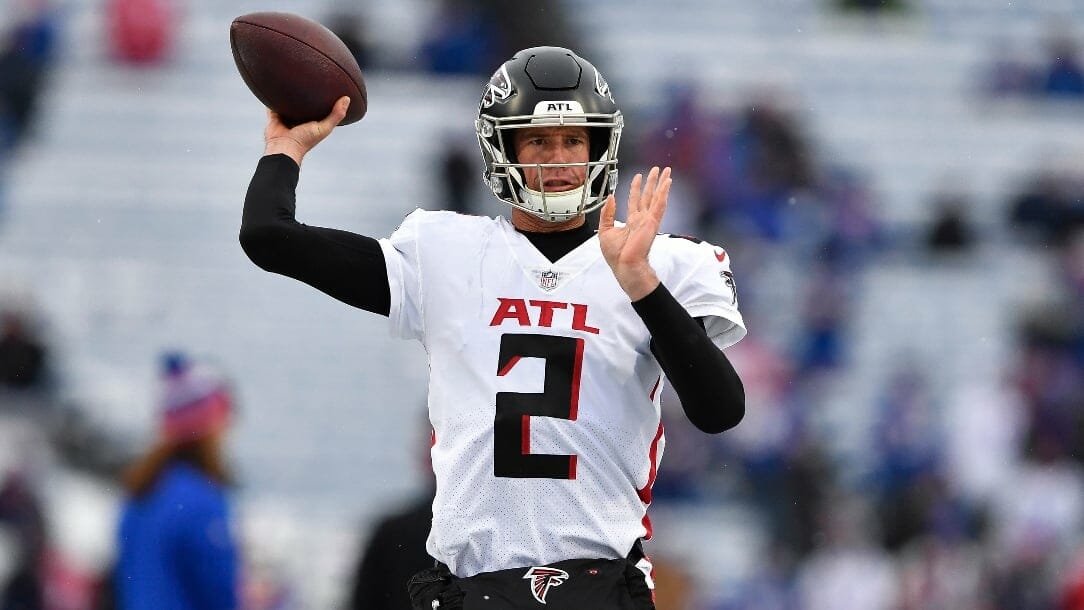 Dead money exists each year on each NFL roster. But it has never existed at such an eye-popping volume as it will on the Atlanta Falcons‘ roster in 2022.

In dealing Matt Ryan to the Indianapolis Colts, the Falcons triggered a dead cap hit of $40.525 million, the biggest in NFL history and the biggest NFL dead salary cap hit in 2022.

To no one’s surprise in April 2015, the Miami Dolphins exercised Ryan Tannehill’s fifth-year option after a career-best 2014 season for the former top-10 pick. And, for the same reasons, it was no surprise the Dolphins signed Tannehill to an extension in mid-May, three weeks after exercising the option.

It was called a “low-risk, high-reward” move by then-CBS Sports NFL reporter Jason La Canfora, a sentiment largely echoed around the NFL as the Dolphins invested $45 million in guarantees in a promising fourth-year quarterback.

It proved to be high risk and low reward. After restructuring the deal in March 2018, the Dolphins took an $18.4-million dead cap hit in trading Tannehill to the Titans.

The Jaguars, per a four-year, $88-million deal signed in March 2019, paid Nick Foles $30.5 million to not be their long-term answer at quarterback. And, amazingly, it could’ve been worse because his contract called for $50.1 million in guaranteed money. Upon trading him to the Chicago Bears in March 2020, they were left with an $18.7 million dead cap hit, part of the $30.5 million they paid him to complete 77 passes and throw three touchdowns.

In July 2011, Peyton Manning signed a five-year, $90-million contract that presumably ensured he’d finish his career with the Indianapolis Colts. He didn’t take another snap in a Colts uniform.

Manning missed the entire 2011 season and was released in March 2012 before a $28-million roster bonus was due. Even without the bonus, he was paid more than $26 million, largely thanks to a $20-million signing bonus from the five-year deal, for doing nothing in 2011.

On New Year’s Day 2019, NFL Network’s Ian Rapoport squashed rumors of Antonio Brown’s trade request with the Pittsburgh Steelers, citing, among other reasons, $21.1 million in dead cap money if Brown was traded, or released, prior to the 2019 season.

Two months later, Brown was traded to the Oakland Raiders for a third- and fifth-round pick in the 2019 draft. The move triggered the dead cap hit as part of a four-year, $68-million extension signed in 2017 that made him the highest-paid receiver in the NFL.

In 2018, the Los Angeles Rams liked Brandin Cooks so much they invested a first- and fifth-round pick (in a trade with the New England Patriots) and $50.5 million in guaranteed money in him. At the time, it was an aggressive investment to give Jared Goff a weapon. In hindsight, it was a reckless investment that gave Goff 122 receptions over two seasons.

After acquiring Cooks in April 2018, the Rams signed him to a five-year, $80-million extension in July 2018. It was one of the worst contract decisions in American sports history, one that left the Rams $21.8 million in dead money after trading Cooks to the Houston Texans in April 2020.

Just 10 months after the Cooks’ dead cap hit, the Rams took an almost identical hit when dealing Jared Goff and his four-year, $134-million deal to the Detroit Lions.

After exercising Goff’s fifth-year option earlier in the league year, the Rams signed Goff to the mega-deal in 2019 that included $110 million in guarantees. It was the most guaranteed money in NFL history and made him one of the 15 highest-paid athletes in the world for 2020.

Like Cooks’ deal, it proved reckless and left the Rams with $22.2 million in dead money, breaking their own record from a year earlier.

By waiting until after June 1, 2021, to trade Julio Jones, the Atlanta Falcons spread out his dead money over 2021 and 2022. But that didn’t change the figure itself.

The Seattle Seahawks trimmed $11 million off their 2022 payroll by trading Russell Wilson to the Denver Broncos but still took a dead-cap hit of $26 million in 2022.

The hit is a result of a four-year, $140-million deal – at the time the highest average annual value for any player in the NFL – signed after the 2019 season. It included $107 million in guarantees, which ultimately led to the dead money three years later.

Included in the four-year, $128-million deal Carson Wentz signed with the Philadelphia Eagles in June 2019 was a signing bonus to be paid before the deal began in 2021 but spread over the four years, 2021-24, to lower his cap hit in each year.

It cost the Eagles nearly 20 percent of their salary cap in 2021.

Matt Ryan’s contract has been restructured several times over the last three years – including a restructuring just two weeks before his trade to the Colts – that it hardly resembles the original five-year, $150-million deal signed in 2018.

In ending the Ryan era after 14 seasons, the Falcons will eat the largest dead-cap hit in NFL history, all of which is on the books for 2022.