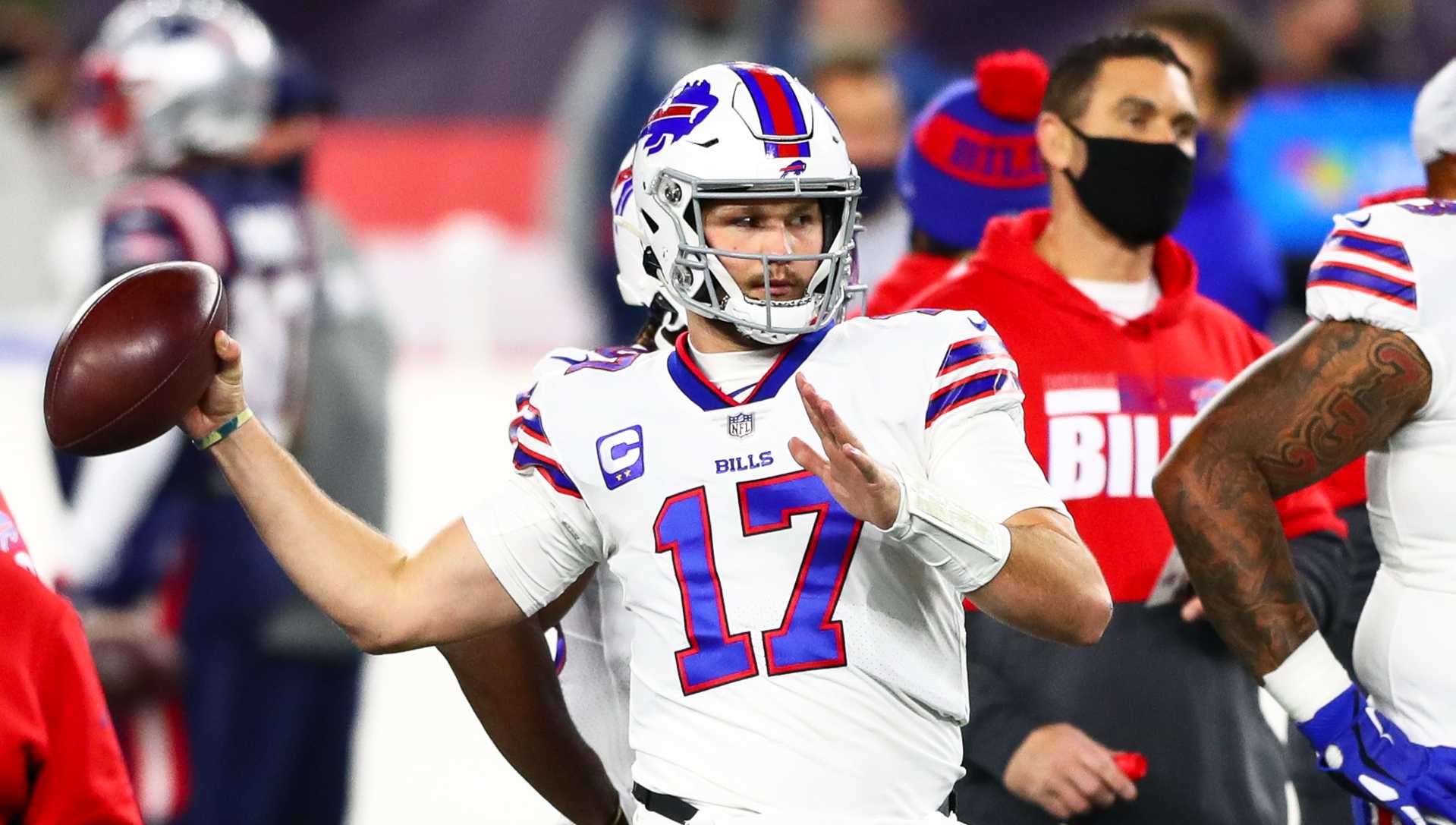 Here are five names that look to be early favorites to win next season’s MVP:

It should either be Mahomes or Aaron Rodgers winning the 2020 NFL MVP award, which is announced the day before the Super Bowl. Rodgers appears to be the slight favorite and if he does win it, watch out for Mahomes in 2021.

Since winning the MVP in 2018, Mahomes is regarded by most as the top quarterback in the NFL. But Lamar Jackson was named the MVP in 2019, and Rodgers could be the winner this year.

Mahomes with a something-to-prove attitude is a dangerous Mahomes. Heck, even if the Chiefs end up winning back-to-back Super Bowls, players will find any source of motivation. And Mahomes will want the recognition as the best player in the NFL.

After an up-and-down first two seasons in the league, Allen had a breakout season and led the Bills to the AFC Championship game. In the regular season, he threw for 4,544 yards, 37 touchdowns, and 10 interceptions.

The progression he’s made is impressive. If that progression continues into 2021, which should be expected for a young QB, Allen is set for a monstrous season.

Allen is now viewed in that top-tier of young, franchise quarterbacks. He can validate the hype with an MVP year.

Rodgers was at his best this year, setting new personal season passing records. In the regular season, he threw for 4,299 yards, 48 touchdowns, and five interceptions. He very well could be named the MVP for this season.

A big offseason topic will be if Rodgers returns to Green Bay or tries to get his second Super Bowl ring with a different franchise. He came into the 2020 season motivated, and his play showed that.

You can make an argument he’ll be even more inspired going into 2021 after falling one game short of reaching the Super Bowl.

Even with a solid passing attack, the Titans are going to feed Henry. He carried the ball 378 times this season.

If Henry is that productive once again in 2021, he could earn more respect from voters who typically look at the huge numbers put up by quarterbacks.

Diggs stayed on the field to watch Kansas City’s AFC Championship celebration. While some may scoff at that, thinking Diggs did it for the cameras, there’s no doubt he’s entering this offseason motivated.

If he improves his game even more, he could solidify himself as the top receiver in the game.

Diggs led the NFL in regular-season catches (127) and receiving yards (1,535) to go along with eight touchdowns. If Allen is playing like an MVP-level quarterback, then Diggs will be in the conversation as well.

No wide receiver has ever won the NFL MVP award. Could Diggs change that?

BetMGM is the best online sportsbook for up-to-the-minute NFL odds, lines, and tips to ensure the best NFL betting experience. Don’t miss an opportunity to bet on in-game lines, futures, and more at BetMGM.