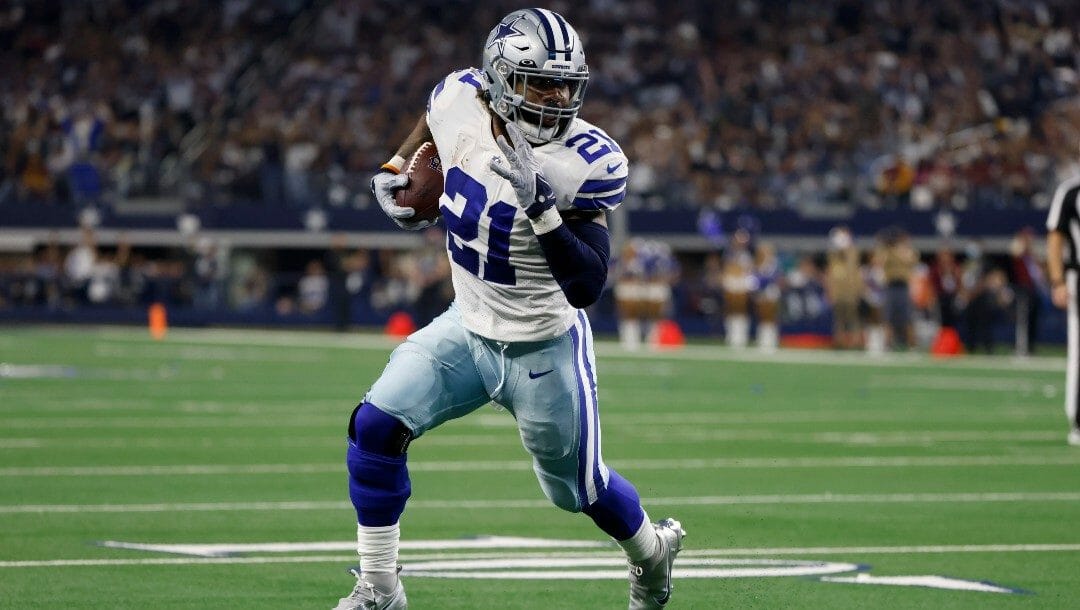 NFL free agency is basically over.

And with many players changing teams, it had a major impact on NFL odds and NFL playoff odds for the upcoming season.

The salary cap plays a role in free agency when it comes to how a team is built as well as how much it can spend. If a team devotes a large salary to running backs, it may not be able to afford top quarterbacks, wide receivers, or tight ends.

Running backs typically don’t carry tremendously high salaries, but there are some exceptions.

Which Running Back Has Highest Salary Cap Hit in 2022?

Ezekiel Elliott has the highest salary cap hit in the NFL next season at $18.2 million. Before the 2019 season, Elliott signed a six-year, $90 million contract extension with the Cowboys, which goes through the 2026 season.

The 26-year-old has been in the league for six years and has rushed for more than 1,000 yards in four of them, falling just short in the other two. Last season, Elliott finished with 1,002 yards and 10 touchdowns.

What is Christian McCaffrey’s Cap Hit for 2022?

McCaffrey has only played in 10 games over the last two seasons because of injuries, but when on the field, he’s been arguably the best running back in the league.

With that being said, McCaffrey’s 2022 cap hit is $8.8 million for 2022 following a restructure this offseason.

There have been rumblings the Panthers could look to trade the versatile running back, but nothing appears imminent. In seven games last year, McCaffrey totaled 442 yards on 99 carries and added 343 receiving yards.