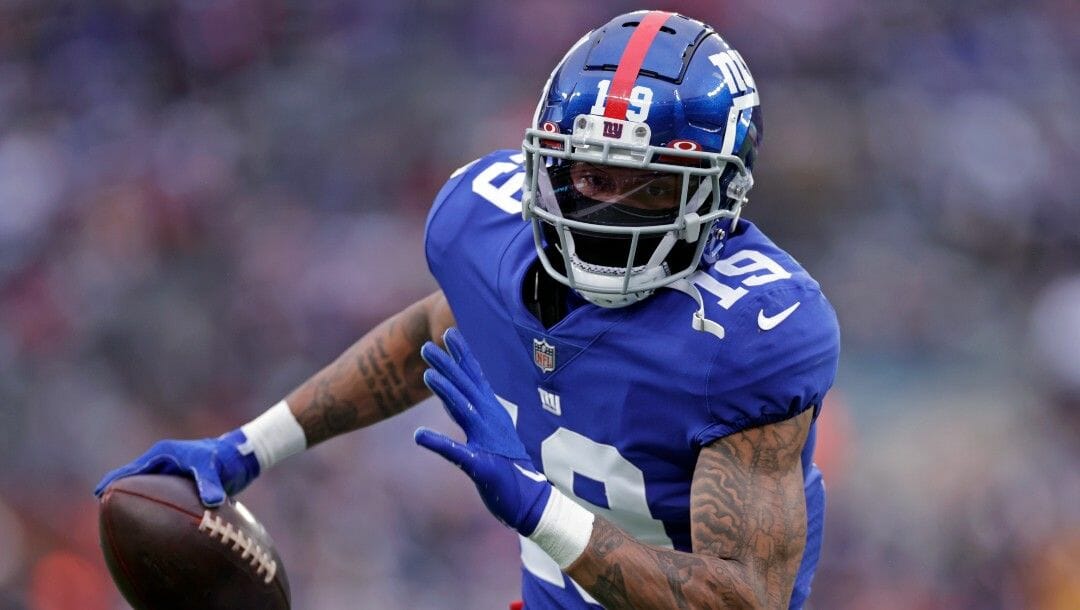 While cap space isn’t the end all be all to having success in the NFL, having money to work with and spend certainly helps a team’s NFL playoff odds and NFL odds overall.

Committing a large salary, which can include dead cap hits, to one player can prohibit spending at other positions (ie. quarterback, tight end), which is why it’s so important to capitalize when having superstar players on their rookie contracts.

When it comes to the wide receiver position, obviously, some of the best players have the highest cap hits (according to Spotrac).

The Raiders pulled off a massive trade during the first week of NFL free agency, swinging a deal with the Packers for Adams, one of the best receivers in the game.

Adams reportedly will get a new contract with the Raiders, which will make him the highest-paid wide receiver in the game. It’s said to be a five-year deal with an average annual value of $28.5 million and a total value of $142.5 million.

His exact cap number for 2022 will be known once the contract becomes official, but it will certainly be at, or close to, the top of the rankings.

After being traded to the Miami Dolphins, Hill received a new contract.

It is a four-year, $120 million deal that includes over $72 million of guaranteed money. Hill spent the first six seasons of his NFL career in Kansas City.

As for the cap hit with his new team, it will be just $6.5 million in 2022 since his base salary is just over $1 million. That will change in the coming years as beginning in 2023 he will have cap hits of over $24 million for four straight seasons.

Golladay has a $21.2 million cap hit for 2022, which currently tops the rankings for wide receivers. The 28-year-old signed a four-year, $72 million contract with the Giants last offseason.

His first season with New York did not go very well, as he finished with just 37 receptions for 521 yards and no touchdowns.

The Giants hope Daniel Jones can play at a higher level in 2022 so Golladay can get back to his 2018 and 2019 production levels. He totaled over 1,000 yards receiving in both those seasons with the Lions.