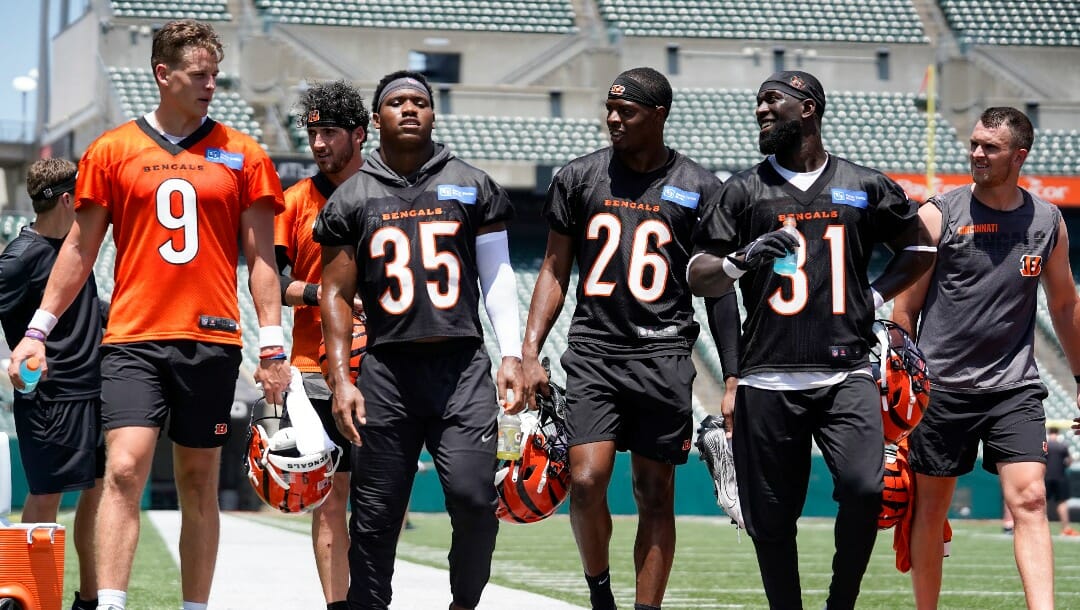 One year after a shocking run to their first Super Bowl appearance since 1988, can the Bengals exceed expectations – including a modest win total of 9.5 in NFL betting – again in 2022?

Despite the disappointing finish, the Bengals, led by rising superstars in quarterback Joe Burrow and wide receiver Ja’Marr Chase, will be out to prove that last year’s success was no fluke.

He had more rushing yards in 10 games as a rookie than he did in 16 games last year.pic.twitter.com/D0Y1bhagdm

Here’s a look at Cincinnati’s schedule with dates, times, opponents, and analysis:

The Bengals open things up against their AFC North Division rival, who, for the first time in 18 years, will not have quarterback Ben Roethlisberger at the helm. Cincinnati has won the last three meetings against Pittsburgh.

Joe Burrow battles America’s team for the first time in his young career. This will be Cincinnati’s first trip to Dallas, who had the best ATS record in the NFL last season, since October of 2016.

It’ll be a short week for the Bengals as they host the new-look Miami Dolphins on Thursday Night Football. This will be the first meeting between 2020 draftees and former SEC rivals Burrow and Tua Tagovailoa.

Cincinnati will have ten days rest before its second straight primetime contest – a divisional clash against the Baltimore Ravens. The Bengals went 2-0 against an injury-ravaged Ravens team last year, outscoring Baltimore 82-38. It was Cincinnati’s first sweep of the Ravens since 2014.

The last time these two teams met (2018), New Orleans lit up the Bengals for 51 points. However, this is a vastly different Saints squad with head coach Sean Payton no longer roaming the sideline and legendary quarterback Drew Brees nearly two years into his retirement.

Perhaps the easiest matchup the Bengals will have all season. The Falcons are clearly in rebuilding mode and were outscored by 146 points in 2021.

Another primetime divisional showdown. Cincinnati had one of its worst performances of the season last year against the Browns, falling 41-16 in Week 9. The big question, however, is whether Cleveland quarterback Deshaun Watson will be the man under center.

This will be the first meeting between the two teams since September 2018 – a 31-21 Panthers victory.

Current Carolina starter Sam Darnold won his first and only career start against the Bengals while a member of the Jets. This might be a critical game for potential NFL hot seat coach Matt Rhule.

The Bengals return from their bye week for the year’s final meeting against Pittsburgh on Sunday Night Football. This is also the start of a run that will see six of Cincinnati’s final eight games against teams that qualified for last year’s postseason.

A rematch of last year’s AFC Divisional Game. Fortunately, the Bengals will not have to deal with wide receiver A.J. Brown, who the Titans traded to Philadelphia on draft night. In a losing effort, Brown torched Cincinnati’s defense for 142 yards and a touchdown.

Another postseason rematch. Cincinnati shocked Kansas City in last year’s AFC Championship Game. However, the Chiefs will look a little different this year, with star wide receiver Tyreek Hill traded to the Miami Dolphins in the offseason.

The Bengals battle the Browns for a second time in what could be a crucial divisional matchup this late in the season.

Joe Burrow and Tom Brady will face off for the first time in their respective careers. Don’t be surprised if you often hear “passing of the torch” this week. Brady is 7-1 all-time against the Bengals.

This will be the first meeting between the two teams since 2019 – a 34-13 Patriots victory. This game could have playoff implications for both teams, with New England projected to be, at a minimum, in the wild-card mix.

Cincinnati’s final primetime game of the season will likely be its toughest with potentially home-field advantage in the playoffs at stake, as last season’s AFC Champ takes on this season’s favorite.

The AFC North could very well come down to this matchup as the Ravens should be much healthier than they were last season and right back in the thick of the division race.