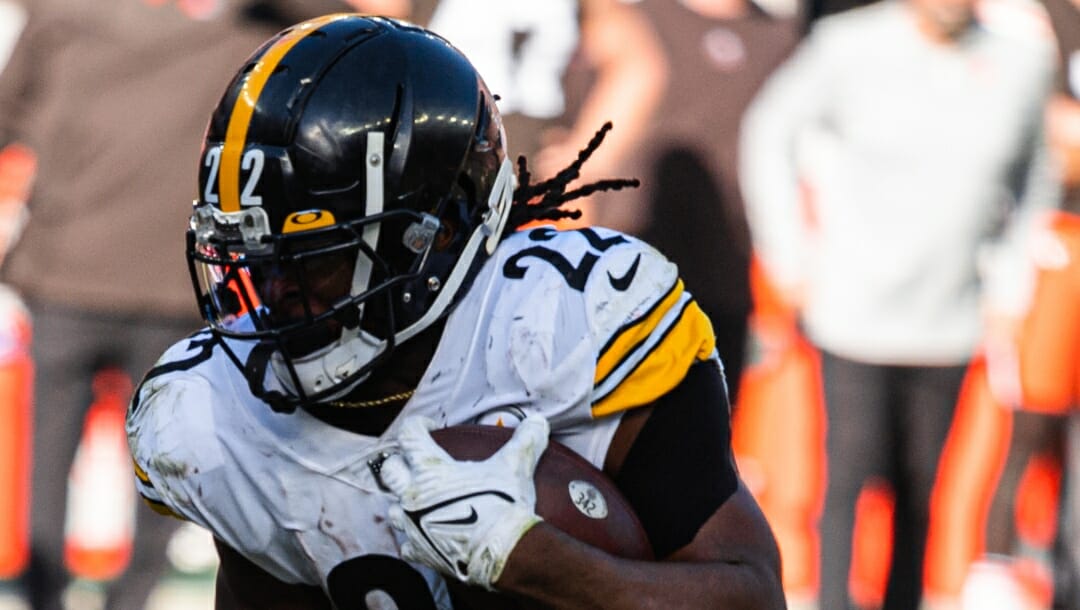 For the first time in 18 years, the Pittsburgh Steelers enter an NFL campaign without franchise legend Ben Roethlisberger at quarterback, who announced his retirement back in January.

The Steelers’ brass was quick to address the position, selecting Pitt QB Kenny Pickett in the first round of April’s draft to compete with free-agent signee Mitch Trubisky. Going into the season, Pittsburgh has Super Bowl odds of +8000.

Regardless of who starts behind center Week 1, Pittsburgh’s offense should continue to flow through sophomore running back Najee Harris. Harris is coming off an impressive season that included 1,667 total yards and 10 touchdowns, all while leading all players in touches (381).

While the offense will be a work in progress, Pittsburgh’s defense, anchored by T.J. Watt, Cameron Heyward, and Minkah Fitzpatrick, should be able to keep the team in most games.

With odds win the AFC North at +850 at the online sportsbook, here’s a look at the Steelers’ regular-season schedule:

The Steelers were swept by the Cincinnati Bengals in 2021 and have lost three straight to their division rival. Cincinnati running back Joe Mixon rushed for a combined 255 yards and two touchdowns in the Bengals’ two victories last season.

This game will be Pittsburgh’s first against the New England Patriots since 2008 where they will not have to deal with Tom Brady. Rather, Watt and company will get after sophomore QB Mac Jones, who led New England to a 2021 playoff berth in what was a promising rookie campaign.

It’s a short week for the Steelers as they battle their divisional foe on Thursday Night Football. Pittsburgh swept the Cleveland Browns last season.

This game will be the first meeting between the two teams since 2019. The New York Jets had one of the league’s best drafts this year with wide receiver Garrett Wilson, running back Breece Hall, defensive end Jermaine Johnson II, and cornerback Ahmad Gardner. All four are expected to start Week 1.

Pittsburgh upset the Buffalo Bills 23-16 in Week 1 last season. It will take another Herculean effort to beat one of the NFL’s elite squads and a bonafide Super Bowl contender.

Things do not get easier for the Steelers in Week 6 as they battle another Super Bowl contender with Tom Brady and the Bucs. Brady is 12-3 in his career against Pittsburgh (including the postseason) but has yet to face the Black and Gold in a Tampa Bay uniform.

The second of Pittsburgh’s four primetime games comes on the road against Tyreek Hill and the new-look Miami Dolphins.

The Steelers are 0-2 against the Philadelphia Eagles under head coach Mike Tomlin and have not won in Philadelphia since 1965.

Under Tomlin, Pittsburgh is a mighty impressive 11-4 coming off a bye. The Steelers have not faced the New Orleans Saints since 2018.

It’s another primetime divisional clash for the Steelers as they battle the Bengals for the second time in 2022.

Pittsburgh’s next primetime appearance will be against the Indianapolis Colts, whose stunning loss to the Jacksonville Jaguars last year allowed the Steelers to sneak into the postseason. Indianapolis subsequently shipped quarterback Carson Wentz to the Washington Commanders and acquired former Atlanta Falcons great Matt Ryan as his replacement.

Watt could thrive in this matchup as Atlanta rookie quarterback Desmond Ridder could be under center by the time Week 13 rolls around.

Any matchup involving the Steelers and Baltimore Ravens is to be amongst the year’s most physical. However, it’s been a one-sided affair on the scoreboard of late, with Pittsburgh winning the past four meetings.

In the event that he’s under center at this point of the season, Pickett could be out to show that Carolina made a mistake in passing on him with the sixth pick in April’s draft. Pittsburgh leads the all-time series 6-1-0, outscoring Carolina 227-98.

The Las Vegas Raiders have won four of the past five meetings, including last year’s 26-17 victory in Week 2.

Pittsburgh is 4-1 in its last five trips to Baltimore. Its most recent victory was in Week 18 of last season as the Steelers downed the Ravens 16-13 in overtime.

The Steelers’ final game of 2022 may or may not have playoff implications. But, if a potential wild-card berth is on the line, this could be one of the most hard-fought games of the season.