4 Observations From the 2022 NFL Draft 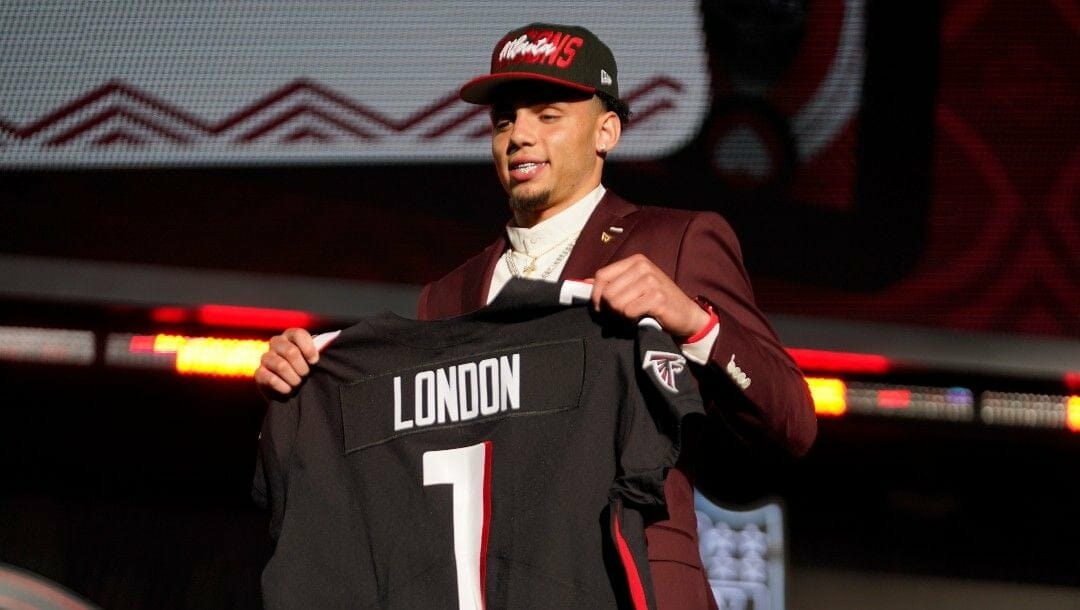 The 2022 NFL Draft is over. NFL Draft odds have been paid out, and we’re looking ahead to the long, painful slog of offseason content.

I’ll start working up my 2022 team grades and futures analysis in the coming weeks. In the meantime, though, I wanted to offer a few thoughts and observations on what I saw this weekend while watching the NFL Draft.

We Are Living in the Age of the Wide Receiver

Even before Thursday night, NFL betting regulars were seeing signs that wide receivers had arrived at a dominant position in the metagame of NFL management and team-building.

There were the big-time moves that everyone saw, like Davante Adams’ trade out of Green Bay in the wake of Aaron Rodgers’ new contract. There was also the massive Tyreek Hill trade where the Dolphins gave up five picks to acquire a Super Bowl-caliber weapon.

But there were also smaller signals that didn’t dominate the news cycle, like Jacksonville’s big offensive armament and Rams’ Allen Robinson/Robert Woods reshuffle.

If multiple wide receivers are taken in the first round of the 2022 NFL Draft, it will be the 14th consecutive year this has happened, marking the longest such streak in NFL history.

On top of that, the Cardinals traded their first-round pick for Hollywood Brown in the middle of the draft, hoping to both add a weapon and sate Kyler Murray’s growing frustration with the team.

Oh, and A.J. Brown got traded to the Eagles. Yet another team looking to put their young quarterback in the best possible position.

My feelings about the sudden, meteoric interest in big-money wide receivers are best left to unwind on another day. Let’s say this for now, though – many of these receivers will be as fun as they are expensive.

Nobody Reached for a Quarterback

Every year, it seems, we talk about the inflated draft value of quarterbacks. In this era of football, effective quarterback play is an essential element to a winning franchise, which is then compounded by the financial flexibility afforded by rookie quarterback salaries.

We’ve spent the past four months talking about how this quarterback class wasn’t all that good, and that teams should be reticent to spend major draft capital on acquiring one.

Somewhat surprisingly, it seems that the teams themselves came to the same conclusion. Malik Willis was expected to go in the first half of the first round, with some late handicapping smoke emerging around Willis as a potential pick to the Lions at No. 2 or the Texans at No. 3.

Instead, he fell all the way to the third round – a detail that makes complete sense, considering how it was universally agreed on that Willis was something of a project that would take a few years to develop.

We also wondered if someone would trade up into the back end of the first round to grab a quarterback, in order to have the added contract flexibility that a first-round selection provides.

Over the last week or two, I talked a lot about how surprised I was that the Round 1 QBs prop was set at 3.5. We know that teams reach for quarterbacks in the NFL Draft pretty much every year and that bettors are willing to hit this prop heavily. But even factoring those marketplace factors in, I was still surprised to see that prop set so high, given the prospects that were available this year.

The only team that did take a quarterback in the first round was Pittsburgh. And it must be pointed out that the Steelers were left in an absolutely horrible situation following the tragic death of Dwayne Haskins on Apr. 9 – they entered the NFL Draft with fewer quarterbacks on the roster than they initially thought they would have after their free agency moves.

Even before you factor in the long-term viability of Mitch Trubisky in Pittsburgh, they needed another NFL-ready quarterback.

This is hardly unique to the 2022 NFL Draft, but teams that cut against the accepted wisdom were memorable – though whether or not they’re memorable for good reasons is yet to be seen.

Because of the lack of high-end talent in this crop of NFL draftees, most experts recommended trading down to acquire additional capital. But the Jets, who most analysts (including myself) agree had a particularly strong draft, gave up capital to trade back into the first round to select a third player on Thursday. Nabbing Jermaine Johnson at No. 26 was a coup.

Washington, looking for a receiver, traded down at the beginning of a run on receivers. The Commanders ended up with additional draft capital… and still got their man, Jahan Dotson, at No. 16.

Safeties are typically not considered to be as important as quarterbacks, offensive linemen or pass rushers. Yet Baltimore quietly grabbed Kyle Hamilton – who some consider the best player in the entire draft – at 14, in the middle of the run on receivers.

And let’s not forget about Jacksonville, who selected Travon Walker at No. 1. Some reporting has alleged that, if the Jaguars hadn’t picked him at No. 1, he might have actually fallen out of the top 10 altogether.

The Chiefs and Bills are two of the three favorites for next season’s Super Bowl odds, with the Chargers, Bengals, Ravens, Browns and Colts all lurking. And once the draft was over, the draft experts seemed to agree on one thing in particular – this was a draft where the rich got richer.

The Bills had a problem at corner. They drafted Kaiir Elam from Florida in the first round and Christian Benford from Villanova on Day 3, then tacked on the Punt God (Matt Araiza) for good measure.

The Bengals needed to improve a dreadful offensive line. After a free agency period that included the signing of La’el Collins, they added Cordell Volson from North Dakota State, who could swing between guard and tackle.

No one can replace Hill for Kansas City, but adding Skyy Moore from Western Michigan isn’t a bad start. The Chiefs finished the draft with 10 picks, including four guys from the first two rounds.

The Ravens might have had the best draft of anyone, playing their way to 11 picks – including two in the first round and six (!!) in the fourth round.

I was already thinking that I wanted to play only NFC Super Bowl futures for the 2022 season because of how crowded the AFC is, and this draft only cemented that thought in my head.