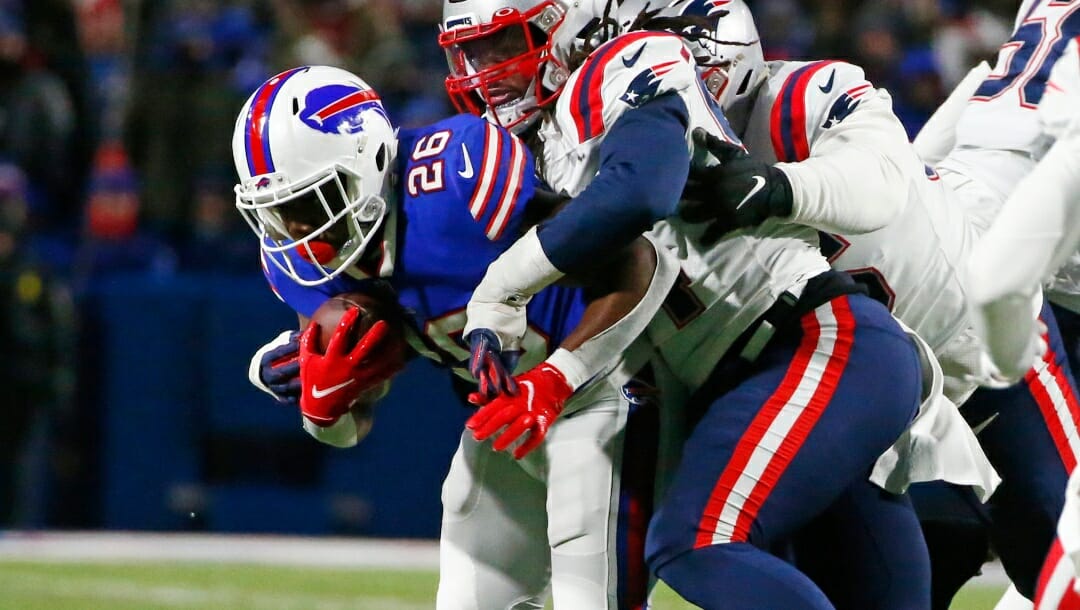 The AFC East could produce three playoff teams in 2022, which is reflected in NFL odds for division winner. The Buffalo Bills are a heavy favorite but the division has three total teams at +400 or better.

Josh Allen showed the world his true ceiling towards the tail end of last season and in their heartbreaking loss to the Kansas City Chiefs in the divisional round.

The Pro Bowler tossed nine touchdowns in two postseason games, along with 637 passing yards and no interceptions. Buffalo is the heaviest division favorite in the AFC and for good reason with Allen under center.

The Dolphins have made serious moves in this offseason and their odds have continued to shorten because of it.

Miami has brought in free-agent running backs Chase Edmonds and Raheem Mostert, along with wide receivers Cedrick Wilson Jr. and a blockbuster in Tyreek Hill.

This bet strictly revolves around how much you believe in third-year quarterback Tua Tagovailoa who will have zero excuses in what should be a make-or-break season in Miami.

Somehow, someway, it feels like the six-time Super Bowl champion New England Patriots are flying under the radar here.

They are now tied with the Dolphins for the second-shortest odds in the division, yet undoubtedly have the better quarterback-coach combination among the two teams. New England will have a near-identical roster from 2021’s playoff team and any squad led by Bill Belichick will have a shot to do something special each season.

If Mac Jones can improve his rookie production of 3,801 yards and 22 touchdowns, New England may be able to jockey with Buffalo for the top of this division.

The Jets are slowly building something, but they are clearly still a year or two away.

If Zach Wilson can put together a solid sophomore campaign, they could have a shot at being around .500 but the ceiling doesn’t feel much higher than that. There are still questions about the team’s firepower at the skill positions and Robert Saleh is yet to prove himself as a head coach, something every other headman in this division has done at some point in their careers.