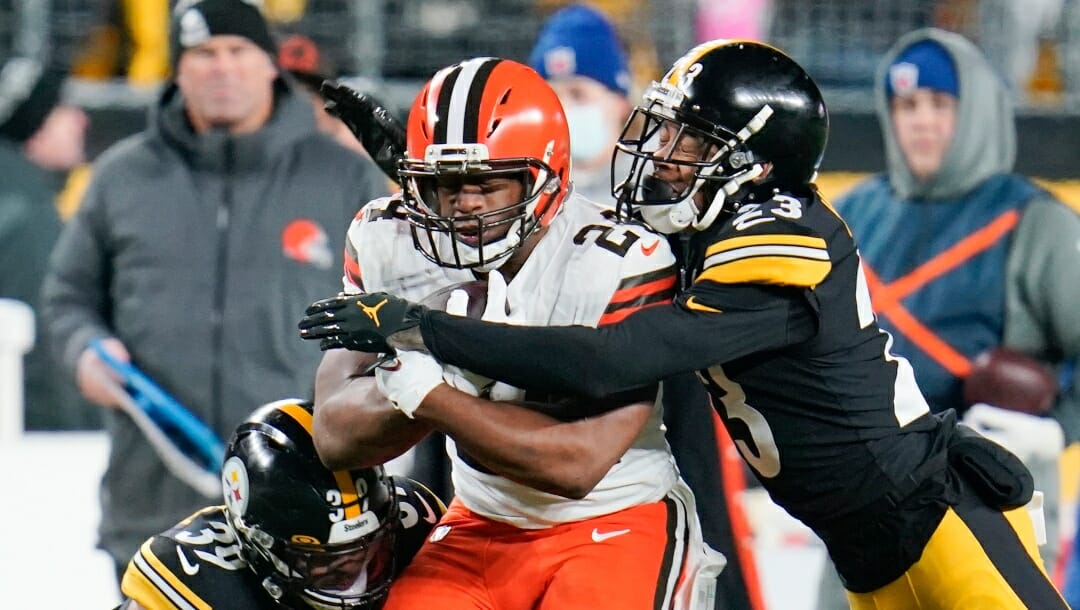 The addition of Deshaun Watson pushed the Cleveland Browns to the top of AFC North odds but, with two more teams narrowly behind, the Browns are not a heavy favorite.

Entering the 2022 NFL Draft, here’s a look at NFL odds to win the division:

The Browns have simply not had a quarterback as good as Deshaun Watson at any point during this century.

The trade for the three-time Pro Bowler immediately propelled them to the top of this division odds board and they have the pieces around him to make some serious noise this season. Trading just a fifth-round pick for wide receiver Amari Cooper feels like a steal and gives Cleveland a top option at receiver they would be lacking without his presence.

The backfield duo of Nick Chubb and Kareem Hunt will give this team a balanced attack and elevates the Browns among the favorites within the AFC.

Despite making the postseason in three of the past four seasons, the Ravens have won just one playoff game with Lamar Jackson.

Jackson’s postseason success, or lack thereof, continues to be the question mark of his career. But as for the regular season, Jackson is as good as they come. Two division titles and an MVP award mean they will likely be in the thick of it this year. The return of J.K. Dobbins and Gus Edwards to the backfield, both from ACL tears, will make this team a nightmare to stop on the ground if they can stay healthy.

If Jackson can just have an above-average season through the air, Baltimore should contend for the AFC North crown.

It’s crazy to see the defending AFC Champions priced at the third-highest odds in their division.

It’s clear oddsmakers and bettors saw their run through the conference in the postseason as a bit of a fluke but it’s hard to buy that notion when you see how dominant Joe Burrow was to close out his sophomore campaign. In the final eight games of the season, Burrow threw for 2,581 yards, 16 touchdowns, and two interceptions in a ridiculously dominant stretch. Many will say he is the best quarterback in the division and after an injury-free season from running back Joe Mixon, we saw his full potential as well.

This feels like the value play of the AFC North quartet.

You should never count out Mike Tomlin and his Pittsburgh Steelers, but this might finally be the year he goes under .500.

The Steelers have plenty of question marks at quarterback and whether they choose to draft or stick with Mason Rudolph under center is yet to be known. Whatever they do, they will likely be limited in scoring and be forced to once again rely on a dominant defense to carry them into any sort of postseason contention.

Unfortunately, the ceiling of this offense doesn’t feel high enough to put make them a contender to top one of the NFL’s strongest divisions.