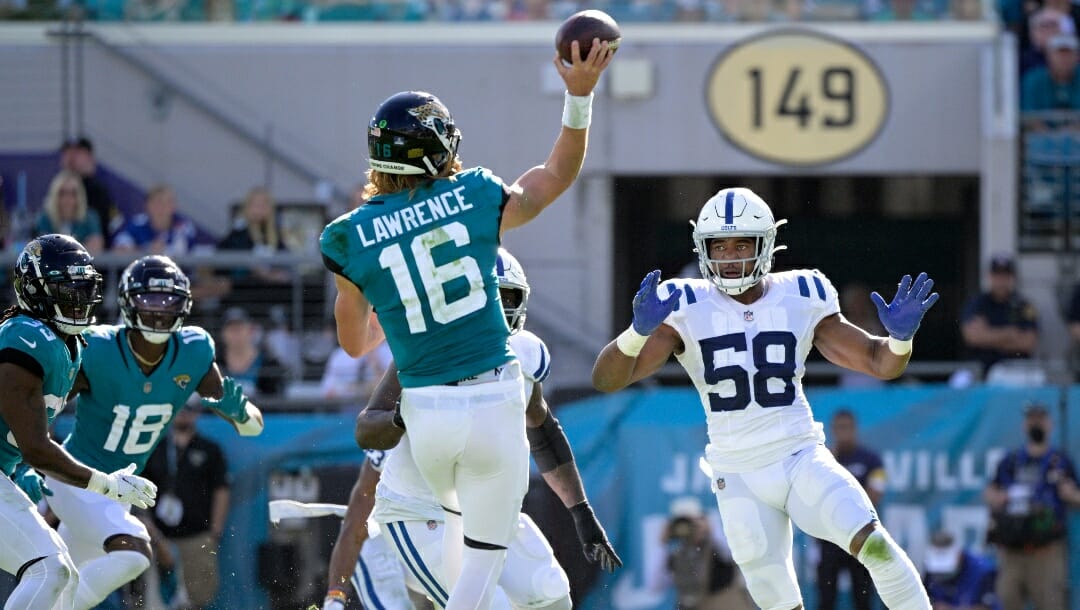 It looks to be a two-horse race within the AFC South in 2022 as the Tennessee Titans are narrow favorites over the Indianapolis Colts in NFL odds for division winner.

Before the NFL Draft, here’s a look at the odds:

Despite the loss of superstar running back Derrick Henry for most of the season, the Tennessee Titans found a way to go 12-5 and win the division with a committee backfield and a stout defense that allowed more than 20 points just once in their final six games of the season.

Henry should be healthy in 2022 and with him in the backfield along with another star at wide receiver in A.J. Brown, it once again feels like this team will go as far as quarterback Ryan Tannehill is capable of taking them. Mike Vrabel‘s unit has chemistry and that’s what separates them from Indianapolis.

It will be a new starting quarterback in Week 1 for the Colts for the fifth consecutive season with Matt Ryan now under center in Indianapolis.

Ryan is a solid high-floor, low-ceiling addition that puts them in the mix for the playoffs, and another monster year from running back Jonathan Taylor may be enough to push them past the Titans by season’s end. The concern is how long it will take Ryan to get used to a new playbook and whether or not that leads to a slow start.

The Colts lost four of their first five games last season with newly-acquired Carson Wentz under center and it wouldn’t be surprising to see a hole like that yet again to kick-off 2022. If so, that may be enough to do them in on any sort of divisional title race.

Before you throw a wager down on this price, it might be worth making sure that Trevor Lawrence is the real deal.

It’s likely that the No. 1 overall pick will be just fine, but 2021 was below average even for a rookie season. Last year’s team was about as disastrous of a hand you can be dealt as a first-year signal-caller, but there is still room for concern.

There are better places, in my opinion, to grab teams at this price who will likely be much more competitive within their division than Jacksonville in this spot.

This is such a ridiculous price that it’s almost worth a shot.

Quarterback Davis Mills was significantly better than given credit for ending the season with a 106.1 quarterback rating in his final four starts. It’s a bit far-fetched but, if you compare that to season-long ratings, that would rank third in the NFL only behind Joe Burrow and Aaron Rodgers.

The Texans are missing a lot of pieces and with a first-year head coach in Lovie Smith, this is a long-term project. But a 25-to-1 price with a rookie quarterback that showed far more competence than the one at +550? The gap seems too wide.