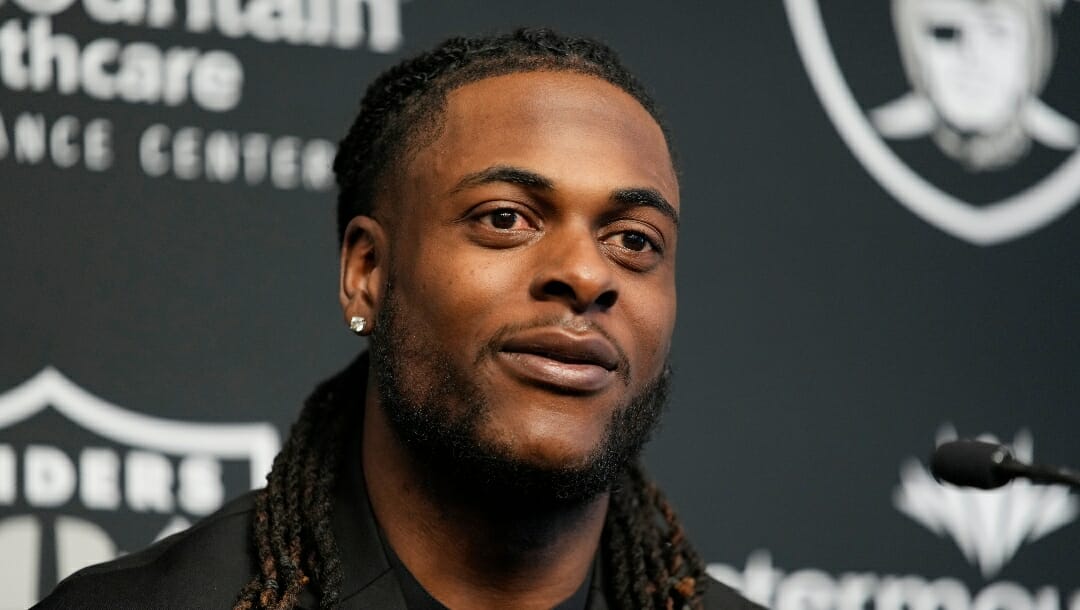 We head west to preview what may be the best and most competitive division in the NFL this season.

The Kansas City Chiefs remain the favorite in NFL odds for AFC West division winner despite the loss of Tyreek Hill and notable additions for the Los Angeles Chargers, Denver Broncos, and Las Vegas Raiders.

For the first time in five years, the Kansas City Chiefs are not minus-money to win the AFC West.

That can likely be attested to a few things. Quarterback Patrick Mahomes regressed slightly last season, as he threw a career-high 13 interceptions and saw his quarterback rating dip to 98.5, the first time he’s been below 105 in his career.

His go-to option in Tyreek Hill is now a Miami Dolphin, which seemingly came out of nowhere, while the Chargers have a rising star in Justin Herbert under center, and the Broncos acquired nine-time Pro Bowler Russell Wilson as their answer at the quarterback position.

The Chiefs are still Goliath out West, but David may have a few more stones this year than in seasons past.

Justin Herbert is an absolute star. That’s really all there is to this pricing.

The roster hasn’t seen much change, but a guy under center who can throw for 5,000 yards and 38 touchdowns (15 interceptions) in a season can take you all the way to the top with no problem.

The key that can ignite this team as a Super Bowl contender will be the defense. They allowed the fourth-most points per game and the fourth-most rushing yards per attempt in 2021. That will need to change if the Chargers are to reach their full potential.

The move from Denver to bring in Russell Wilson in the offseason really made this division a ridiculous one to pick. You now have three quarterbacks who have made at least three Pro Bowls and the one who hasn’t is Herbert, who will surely be added to that list in the coming years.

The Broncos also boast a potential star at running back in Javonte Williams. Pair a strong ground game with Wilson’s consistency through the air and Denver may be a formidable foe in the AFC West in 2022.

These pass-catchers are suddenly terrifying. It felt like the Raiders were missing a go-to, bonafide number one option over the last few seasons and brought in Davante Adams, as good of a fit for that role as you can get.

Hunter Renfrow remains one of the league’s top options in the slot while tight end Darren Waller will have the entire offseason to get healthy and hopefully return to his monstrous production this season.

If former first-round pick Josh Jacobs can make just a slight leap into the top 15-20 range of NFL running backs to give this rushing offense some bite, the Raiders are a team to be reckoned with. The hesitation to back them simply comes from how much of a gauntlet this division will be.