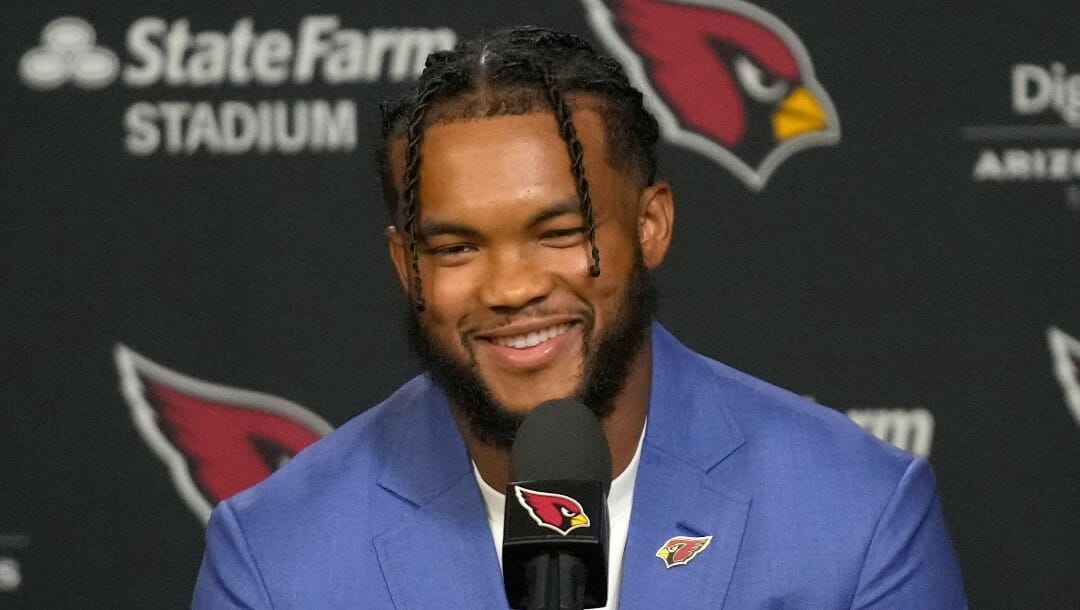 The next batch of generational quarterbacks has arrived in the NFL, and Kyler Murray is among them.

The Arizona Cardinals signal-caller has been a revelation through three seasons, improving his metrics year-over-year since entering the league. The Cards’ management deserves a lot of credit for surrounding their franchise cornerstone with talented playmakers. In doing so, they’ve created an offensive juggernaut that can hang with the best of them. But is the rest of the team good enough to chase Super Bowl favorites in NFL betting?

That’s not to discount their defense, which was above-average in scoring and total defense in 2021; however, they did lose several key contributors from last year’s squad, making it hard to replicate their success. Nevertheless, with their well-oiled offensive machine marching down the field, the Cards’ D needs to be average for Arizona to reach the pinnacle of the NFL landscape.

Murray has the accolades to back up the torrid start of his career. The former first overall selection captured Offensive Rookie of the Year honors in his inaugural season, followed by back-to-back Pro Bowl appearances. It won’t stop there for Murray, who continues to blossom into a dynamic quarterback.

Since 2019, Murray has steadily improved his statistics, increasing his completion percentage, touchdown percentage, yards per attempt, and quarterback rating each year. Part of his success relates to the complementary players on offense, with the team adding to their coffers this past offseason, getting a significant upgrade at wide receiver.

Although Christian Kirk and Chase Edmonds departed via free agency, the Cardinals acquired Marquise Brown from the Baltimore Ravens at the draft, bringing in running back Darrel Williams as a free agent from the Kansas City Chiefs.

Another year of development for Murray with Brown, A.J. Green, and James Conner in tow, and we could see the Cardinals soar above the rest of the league offensively.

Increased scoring may be required to offset the team’s defensive losses through free agency. After six years in Arizona, two of which were All-Pro seasons, Chandler Jones signed a lucrative deal with the Las Vegas Raiders.

Further, linebacker Jordan Hicks jumped ship, landing with the Minnesota Vikings, while Jordan Phillips returned to the Buffalo Bills. That leaves their front seven short on adequate replacements, which could facilitate defensive regression in 2022.

Those defensive issues will be compounded by competing in one of the toughest divisions in football. The NFC West will be an unmerciful hellscape as two, if not three teams, try to secure a postseason berth.

Division contests notwithstanding, the Cardinals have encounters with the AFC West, NFC South, Philadelphia Eagles, and Minnesota Vikings, comprising some of the best teams in the NFL.

Still, the Cardinals’ talent on offense gives them a competitive advantage over nearly all of their opponents, which is reflected in their Super Bowl odds.

There’s a clear distinction between the top contending teams and the also-rans, with the Cardinals straddling a unique line. Eight teams enter the season with +1600 odds or better in the Super Bowl futures market, with most of the league priced at +4000 or higher.

However, at +3000, the Cardinals are priced in the Goldilocks zone, not too high or too low. Their position likely reflects bettors’ apprehension regarding their perceived defensive shortcomings. If Arizona’s D exceeds expectations, its market value will skyrocket. At the current price, a Cardinals Super Bowl ticket are a valuable addition to my futures portfolio as Kliff Kingsbury looks to get off the NFL hot seat.