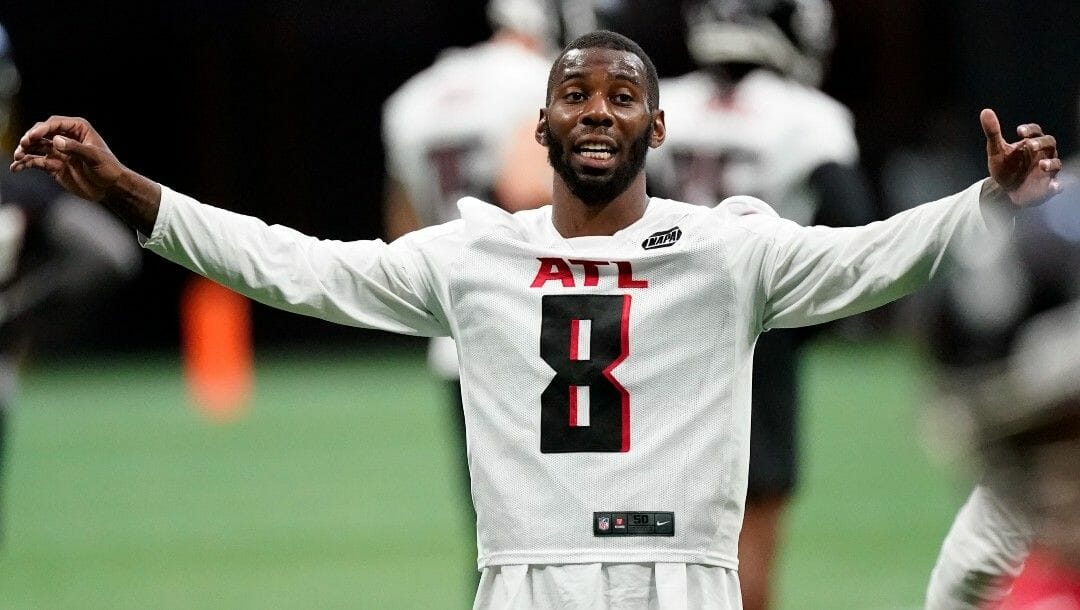 The Falcons have an over/under win total of 4.5 when it comes to NFL betting.

Replacing Ryan is former No. 2 overall pick Marcus Mariota. Despite his experience with head coach Arthur Smith’s system, Mariota is widely expected to serve as a bridge to rookie signal caller Desmond Ridder – the Falcons’ fourth-round selection in the 2022 NFL Draft.

Atlanta does have some intriguing young pieces in sophomore tight end Kyle Pitts and 2022 first-round wideout Drake London. Pitts is coming off an excellent first season in which he became only the second rookie tight end to top 1,000 yards receiving. Meanwhile, London is expected to serve as the Falcons’ No.1 wide receiver following Calvin Ridley’s year-long suspension for betting on games during the 2021 campaign.

Defensively, the Falcons are highlighted by star cornerback A.J. Terrell and Pro Bowl defensive tackle Grady Jarrett. Atlanta’s brass also attempted to improve its linebacking corps, drafting Arnold Ebiketie in the second round of this year’s draft, and signing Rashaan Evans, formerly of the Tennessee Titans, to a one-year deal in free agency.

As the Falcons embark on their rebuild, here is what lies ahead for the team in 2022.

The Falcons kick things off at home against their NFC South rival. These teams split their two meetings last season.

Atlanta battles the defending Super Bowl champions on the road in perhaps the toughest game on the Falcons’ schedule.

A winnable road game against another rebuilding squad in the Seattle Seahawks, who will likely have Geno Smith or Drew Lock under center.

The Falcons return home for a date with the Browns, who could have backup QB Jacoby Brissett running the offense as starter Deshaun Watson awaits a possible suspension.

The first of three straight games against teams that qualified for last year’s postseason. Atlanta has yet to defeat Bucs QB Tom Brady in his illustrious career.

Former Falcons offensive coordinator Kyle Shanahan makes his first return to Atlanta since being hired as 49ers head coach in 2017. Shanahan’s questionable play calling in the second half of Super Bowl LI will forever live in Falcons’ lore. How he’s received will be worth watching.

Marcus Mariota and Co. travel to Cincinnati to take on Joe Burrow and the reigning AFC Champion Bengals.

The Falcons welcome an explosive Chargers team that will be fresh off a bye. Adding potential insult to injury, Atlanta’s poor offensive line will have to contend with star edge rushers Khalil Mack and Joey Bosa.

It’s a short week for the Falcons, who travel to Carolina for the lone primetime showcase for both clubs.

A mid-to-late season matchup against one of the league’s worst rosters could be when Falcons fans witness quarterback Desmond Ridder’s debut.

Atlanta fell to the Commanders 34-30 last season in a high-scoring affair. A similar defense-optional matchup could again be in the cards.

The Falcons head into their much-prolonged bye week following a matchup against the new-look Pittsburgh Steelers, who will likely be starting rookie signal caller Kenny Pickett by this point in the season.

Head coach Arthur Smith will have had two full weeks to prepare for Week 15’s rematch with the New Orleans Saints. Potentially on the hot seat at this stage, the pressure will be on Smith to have his team ready to go.

The Falcons could experience their own “Nightmare Before Christmas” as they try to slow down Baltimore Ravens star quarterback Lamar Jackson in Atlanta’s final road game.

Atlanta rings in the New Year with a late-season tilt against the Arizona Cardinals. Expected to contend for the postseason, the Cardinals played some of their worst football down the stretch in 2021. The Falcons could be poised to pull off an upset if a similar situation arises this year.

Atlanta’s regular season comes to a close against a Bucs team that could be in a position to rest its starters in preparation for the postseason.