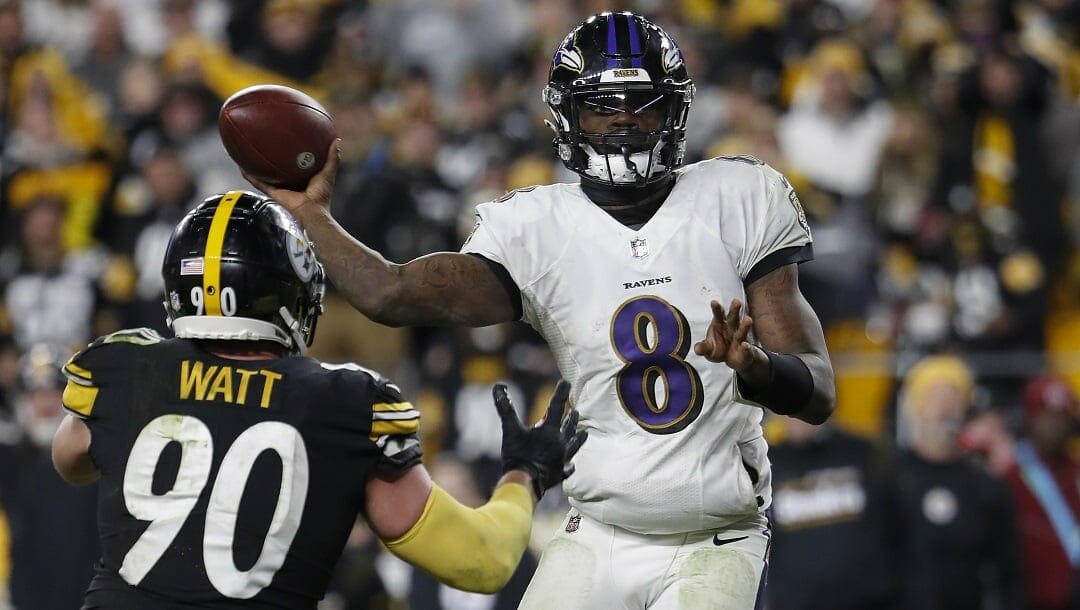 Among the NFL teams that would describe the 2021 season as “frustrating,” the Baltimore Ravens would undoubtedly stand at the head of that class. Beset by injuries and riddled by painfully narrow defeats, the Ravens lost their final six games (five by a field goal or less) to finish 8-9, missing the postseason and suffering just their second losing season under head coach John Harbaugh.

Now largely healthy, the Ravens look to bounce back and return to the postseason again, emerging from the AFC North Division battlefield. They currently have NFL odds of +2000 to win the Super Bowl.

This year’s schedule, ranked 23rd most difficult, has the Ravens facing the AFC East and NFC South, along with favorable matchups against the Atlanta Falcons and New York Giants. The home and home games within the AFC North feature some of the NFL’s most heated rivalries.

(Doing this in slow-mo so all the YouTube aggregators can have longer videos and make more money, you’re welcome.) pic.twitter.com/nJDN2wW87H

Looking to put 2021 firmly in the rear-view mirror, here is a closer look at the road ahead for the Ravens.

The first of four consecutive weeks against the AFC East, beginning with this matchup versus the Jets. Though expected to show improvement this season, New York still has much to prove under second-year quarterback Zach Wilson. The latter may miss this contest after suffering a torn meniscus in the Jets’ preseason opener.

The Dolphins are expected to be in the playoff mix, buoyed by the offseason acquisition of game-breaking wideout Tyreek Hill from the Kansas City Chiefs. The Ravens’ secondary, depleted by injuries last season, gave up 278.9 passing yards per game, the worst in the NFL. Dolphins quarterback Tua Tagovailoa will no doubt test the revamped Baltimore aerial defense early and often.

An intriguing matchup featuring the Patriots’ rushing game, ranked eighth in 2021, versus the Ravens’ second-ranked run defense. New England surprised many under rookie quarterback Mac Jones last season, and though expectations for the Pats appear tempered in 2022, underestimating a Bill Belichick team is never advisable.

Another challenging home game for the Ravens to start the season, with the Bills favored by many to win this year’s Super Bowl. These teams last squared off in the 2020 Divisional round, with Buffalo earning a 17-3 victory at Orchard Park.

The Bengals manhandled the Ravens last season, winning both games while outscoring John Harbaugh’s club 82-38. Bengals quarterback Joe Burrow torched the Ravens for 941 yards and seven touchdowns in the two lopsided encounters. The Ravens will undoubtedly want to erase all memory of those embarrassing defeats with an outstanding effort.

With the dawn of a new era under new head coach Brian Daboll and backed by a strong draft, the Giants will be a tougher out in 2022. With a relatively demanding schedule to start the season, this game shapes up to be an early must-have for Baltimore.

The possibility of this game marking the debut of Browns quarterback Deshaun Watson adds even more fuel to this already heated divisional rivalry. The teams split their home-and-home series last season.

A short week for the Ravens as they tackle the Buccaneers on Thursday Night Football. Baltimore will look to bring the heat down on Bucs quarterback Tom Brady and thwart Tampa’s offense, ranked third in total yards per game in 2021.

A Monday Night Football skirmish with former New Orleans defensive coordinator Dennis Allen taking over the head coaching reins from sideline legend Sean Payton. The Saints defense, ranked sixth in total defense last season, promises to give Ravens quarterback Lamar Jackson all he can handle in what could be a low-scoring affair.

With offseason acquisition Baker Mayfield bringing some depth and leadership at quarterback and assuming Christian McCaffrey can remain healthy, the Panthers hope to bounce back in 2022. This game lands in the must-win column for those who see the Ravens returning to the postseason.

After last season’s debacle under departed head coach Urban Meyer, there is only one way to go for the Jaguars. While former Eagles head coach Doug Pederson is expected to lead an improved situation in Jacksonville, the Ravens are a solid choice here.

An excellent quarterback matchup as Russell Wilson comes to town for a game that looms large for the playoff aspirations of each team entering the home stretch.

Surprisingly late in the season, the first of two meetings in four weeks between these AFC North division rivals. The Steelers swept the home-and-home last season, both games defensive struggles, with Pittsburgh winning by a point in Week 13 and by a field goal in overtime in Week 18. Expect another hard-fought battle in this one.

Round 2 with the Browns, who could likely still be in the playoff mix at this stage, particularly if Deshaun Watson’s suspension remains at six games.

A must-have for the Ravens, facing a Falcons squad clearly in rebuild mode.

The return engagement at M&T Bank Stadium between these two familiar foes. Should the Ravens be in the postseason hunt at this late stage, this game is a must, given the challenging matchup in Cincinnati the following week.

A formidable foray to end the season, particularly if the Ravens need this one to nail down a playoff spot.