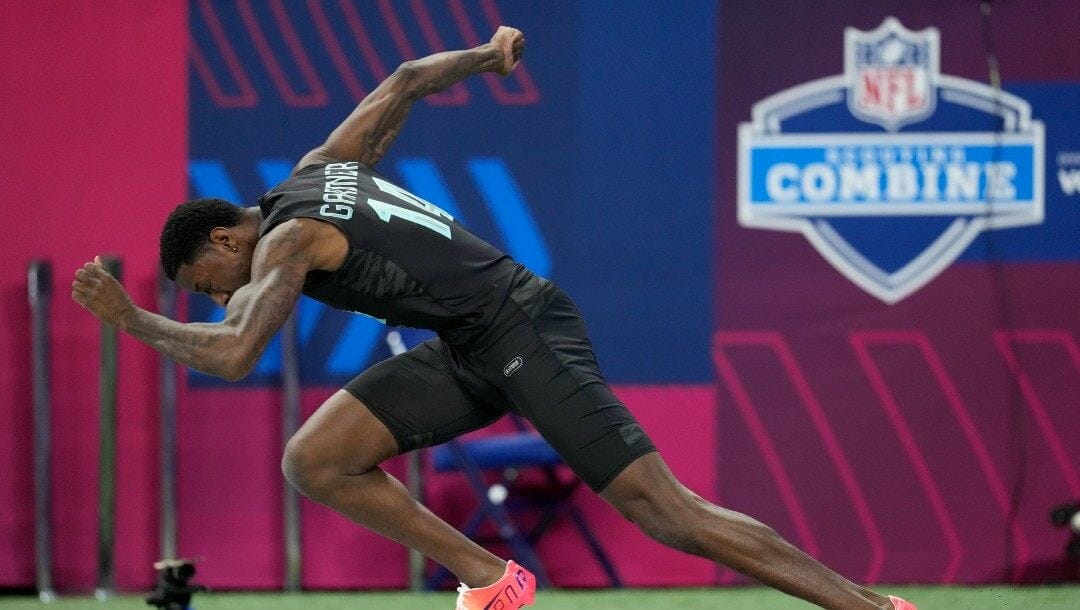 Some NFL Draft bets are such sure things they’re not even worth taking, like the Jacksonville Jaguars’ odds of selecting a defensive lineman first at -1600.

Many NFL Draft betting odds are worth taking a look at though.

Here are 10 of my favorite bets based on what position teams will take first. Most of them align with my NFL mock draft, which is full of player profiles and analysis before the first round begins at 8 p.m. ET Thursday.

LSU cornerback Derek Stingley Jr. has emerged as a leading contender for the Texans, though they are favored to take an offensive lineman first. Stingley Jr. has the leading odds to be taken third overall at +100.

There’s no doubt Stingley has the talent to be worthy of this pick. Other defensive backs like Cincinnati’s Ahmad “Sauce” Gardner might also be considered here.

This one belonged to Derek Stingley. pic.twitter.com/fD0yOtfIho

The Vikings have a glaring need for cornerbacks. But the best ones might be taken by the time Minnesota is up with the 12th overall pick.

I anticipate the Vikings will take Georgia defensive tackle Jordan Davis, someone who would pose as a disruptive force in the middle of that defense. Other defensive linemen could be available here too like Florida State’s Jermaine Johnson II.

So if the Vikings want to prioritize talent over need, they should go with one of those players.

This pick isn’t happening in my mock draft. However, the odds are intriguing.

I wrote earlier this week about Liberty quarterback Malik Willis being a dark horse pick for the Lions at No. 2 overall. The Lions need to think about their QB of the future, and Willis could develop as Jared Goff starts this coming season.

Defensive lineman has the leading odds for the Lions, and for good reason, but I wouldn’t be surprised if they go in another direction.

I laid out my case for the Ravens taking a receiver in a profile about Ohio State’s Garrett Wilson, and he should certainly be someone the Ravens think about with the 14th pick if he’s available.

But there are a plethora of other remarkable receivers who might be available in this range as well, like USC’s Drake London or Ohio State’s Chris Olave. Quarterback Lamar Jackson could use some help, and adding a first-round wide receiver wouldn’t hurt.

Offensive lineman has the leading odds for the Chargers at +135, and I have Northern Iowa’s Trevor Penning going to them with the No. 17 pick.

But if you’re looking for another off-the-radar bet, linebacker could make sense. It’s the position with the fifth-best odds for the Chargers.

There could be some astounding talent available at that position like Utah’s Devin Lloyd. Adding Lloyd could result in the Chargers having the best defensive front seven in the NFL.

The Browns don’t possess a first-round pick, so projecting the position they’ll turn to here is challenging.

However, they have a clear need for a pass-catching upgrade. Since the beginning of last season, they’ve lost Jarvis Landry and Odell Beckham Jr., as well as tight end Austin Hooper.

While the Browns have added Amari Cooper, they could utilize the 44th overall pick for one of the top receivers who falls out of the first round.

In an article about Iowa State’s Breece Hall, I explain that the Bills need to bolster their running back group. Though some believe running backs aren’t worth taking in the first round, they seemingly are anyway.

Hall has a wide-ranging skillset that could justify him going to the Bills at No. 25 overall. The Bills proved they are a Super Bowl contender a year ago. A more balanced offense, one with a more dynamic threat at running back, could propel them to a championship.

The reasons for this are similar to the Browns. The Colts’ first pick is in the second round, No. 42 overall, but they need a boost out wide.

Michael Pittman Jr. was the Colts’ leading receiver last season with 1,082 yards and 88 catches. No one else on the team had more than 40 receptions or 400 yards.

With newly-acquired quarterback Matt Ryan, the Colts could supplement their standout rushing attack with an upgraded passing game. And there’s plenty of receivers, like North Dakota State’s Christian Watson, who could be available for Indianapolis.

As shown in the Super Bowl, the Bengals badly need assistance at offensive line. That’s why that position group is favored to be the one the Bengals target first.

But I believe the best interior offensive linemen will be taken by the time the Bengals’ 31st overall pick rolls around. And they also need help in their secondary, specifically at cornerback.

Florida’s Kaiir Elam or Washington’s Trent McDuffie would make sense if they are available.

Only CB with 80+ grades in each of the past three seasons: Trent McDuffie👀

The Cowboys love splash additions, and they’re also unafraid to take risks. That’s why I projected the Cowboys to take George Pickens out of Georgia.

But no matter which receiver is available, Dallas should look to add one after losing Cooper this offseason. I believe there’s a stronger chance of the Cowboys going for a wideout than an offensive lineman (-125).