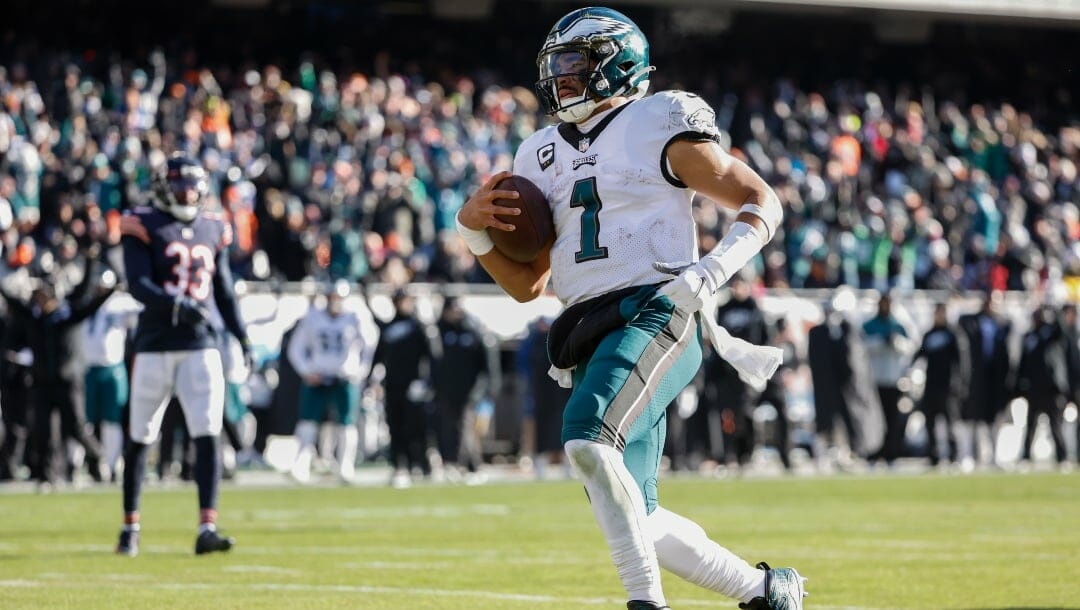 Jalen Hurts has been out for the past two weeks, and the Eagles have dropped from 13-1 to 13-3. That highlights just how valuable Hurts is to one of the best teams in the NFL.

Even despite their recent struggles, the Eagles are third in total offensive DVOA and sixth in pass offense DVOA, per Football Outsiders.

Hurts has been efficient, both as a runner and a passer, even deep downfield. He’s seventh in DVOA among quarterbacks.

The Eagles are a legitimate Super Bowl contender. If they keep command in the NFC and Patrick Mahomes struggles at all in the last week of the regular season, Hurts might be worth a bet here.

Bills quarterback Josh Allen was the frontrunner for a good portion of 2022. Even though he’s dropped, he’s bouncing back at the tail end of the regular season.

In fact, after the Bills lost back-to-back games, they responded with six consecutive victories.

And despite his earlier struggles, Allen is still top seven in passing yards per game (268.6) and passing touchdowns (32). If Buffalo (12-3) can secure the No. 1 seed in the AFC, that would also help his case.

Maybe this ends up as good value looking back at this moment after this week.

Look at Josh Allen on every part of this play.

Uses his eyes to hold the Safety just enough. Throws the ball right as Diggs is even with the defender. Then gets the ball up and down and puts it right on the money.

Oh and does this with a pass rush bearing down. Top tier stuff. pic.twitter.com/TMXyMImhwx

The Bengals have won 11 of their last 13 games and will be one of the top teams in the AFC after the end of the regular season. That means quarterback Joe Burrow should see some MVP consideration.

Burrow is second in the NFL in passing touchdowns (34), third in passing yards per game (284) and completion percentage (69%) and is sixth in DYAR. That alone proves how well he’s been playing.

Now that the Bengals are winning as often as they are, Burrow clearly is one of the most valuable players in the league right now.

How does Joe Burrow do it? 😳 @NextGenStats pic.twitter.com/gBzAoxVth9