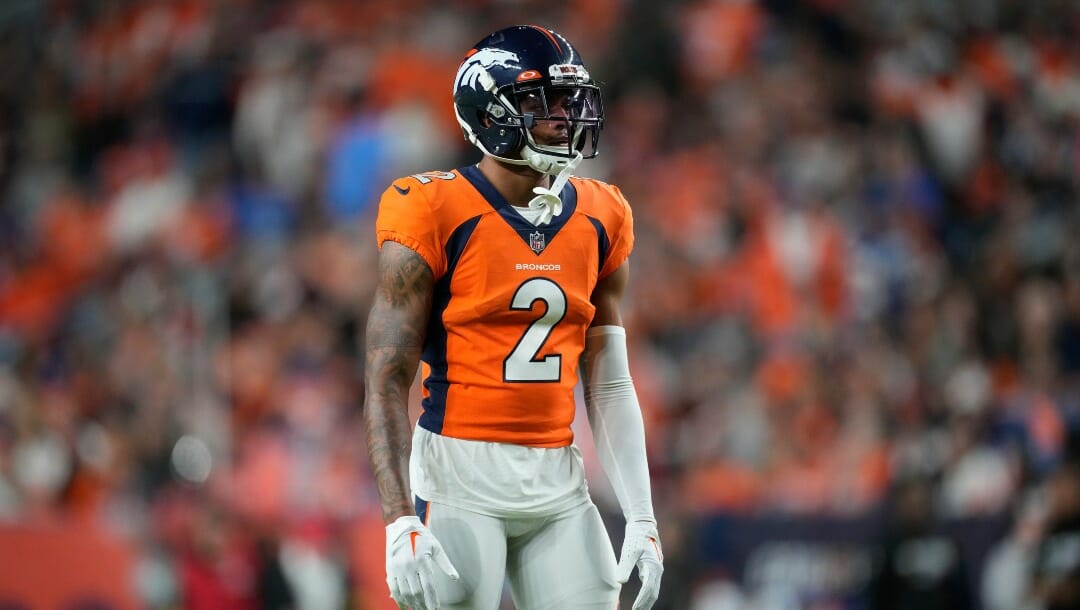 In blowing a last-minute lead before losing in overtime against the Las Vegas Raiders in Week 11, the Denver Broncos failed to cover the spread for the second straight week and fell 3-7 against the spread this season. Only the Los Angeles Rams have a worse ATS record.

This is the Broncos’ third different two-game ATS skid this season and now look to avoid just their second ATS losing streak of at least three games in the last four seasons.

Here are three NFL betting trends and one moneyline prediction for the Broncos’ road game against the Carolina Panthers in Week 12:

The Broncos-Panthers game will be the first one this season – and the only one this week – within this trend. As of Tuesday, the Broncos are a 2.5-point road favorite.

It was another profitable week for first-half unders when the game total is 42 or lower.

The Broncos will be in this spot again against the Panthers. As of Tuesday, the game total is 36, by far the lowest of the week; no other game is below 39.5.

If you’ve faded Sam Darnold in each of his 49 career NFL starts, you’d be doing well.

Darnold covered in his first career start – the Jets covered +7 in a 31-point win over the Detroit Lions in Week 1 of the 2018 season – but followed that with three straight ATS losses and enters Sunday’s game with an 18-30-1 career ATS record as a starter. He’s covered once in his last eight starts with Carolina.

Among active quarterbacks with at least 20 career starts, only Colt McCoy, Justin Fields, and Trevor Lawrence have worse ATS records.

The Broncos are 0-4 in true road games this year and haven’t won a road game since Nov. 7, 2021. The active seven-game road losing streak is one shy of tying the franchise record.

They’ll match that record on Sunday in Carolina.

The Panthers have similar offensive issues but have seemingly found something, albeit on an inconsistent basis, on defense since the dismissal of Matt Rhule and defensive coordinator Phil Snow dismissal seven weeks ago. They’ve crept into the middle third in most defensive DVOA areas, including total DVOA, after confusing Lamar Jackson and the Ravens’ offenses for most of the eventual 10-point loss in Baltimore last week.