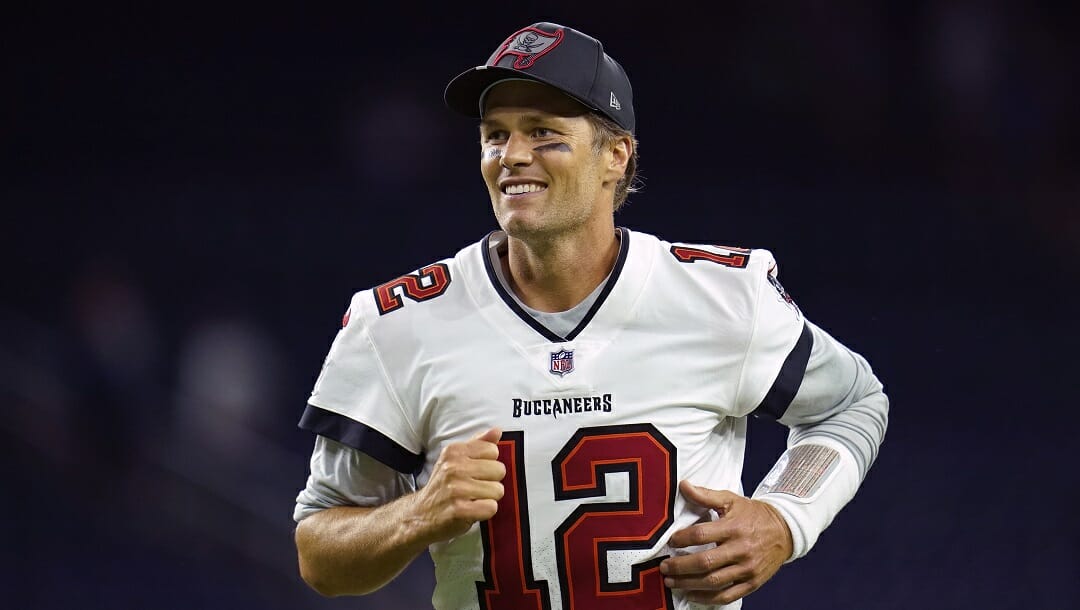 When Tom Brady decided to return for another season, that instantly improved the Buccaneers’ NFL betting odds. They have the second-best Super Bowl odds at +750.

Here’s a position-by-position look at the Buccaneers, a true championship contender in 2022.

It’s tough to argue against Brady making the top five of this list. Yes, he is 44 years old, and yes, he wasn’t always at his best last season, and yes, he temporarily retired only a few months ago. But he is still one of the most formidable at his position.

Last season, Brady was first in DYAR and second in DVOA and in PFF’s gradings of QBs. And while he may not have the same arm strength, he was rated eighth for throws of 20 yards or more.

Brady isn’t in his prime. But he’s still not that far off.

These past two months I’ve realized my place is still on the field and not in the stands. That time will come. But it’s not now. I love my teammates, and I love my supportive family. They make it all possible. I’m coming back for my 23rd season in Tampa. Unfinished business LFG pic.twitter.com/U0yhRKVKVm

The Buccaneers’ running back group featuring Leonard Fournette is ranked No. 9 for the upcoming 2022 NFL season, with an overall grade of 86/100.

In a high-powered Buccaneers offense, Fournette was second in the league in DYAR and fifth in DVOA. He was eighth in the league with 1,030 effective rushing yards.

Fournette will benefit individually with Ronald Jones II now on the Chiefs. Rachaad White is slated as a backup, with Ke’Shawn Vaughn and Giovani Bernard also on the team.

The Buccaneers’ wide receiver and tight end group featuring Chris Godwin and Mike Evans is ranked No. 2 for the upcoming 2022 NFL season, with an overall grade of 96/100.

Both of the Buccaneers’ top receivers tallied over 1,000 yards last year.

The Bucs’ makeup up front has changed, but they still are talented. Last year, they were fifth in adjusted line yards and first in adjusted sack rate with a league-low 23 sacks allowed.

Tristan Wirfs (sixth by PFF) and Donovan Smith (14th) are back at tackle. While Ryan Jensen, a Pro Bowler, is injured and Alex Cappa and Ali Marpet are both gone, the Bucs helped themselves by trading for Shaq Mason.

Vita Vea was a Pro Bowler last season and was 17th in PFF’s grades of interior D-linemen. While Ndamukong Suh and Jason Pierre-Paul are gone, the Bucs picked up Pro Bowler Akiem Hicks.

The Bucs were 11th in PFF’s grades for run defense but 27th for their pass rush. They were fifth in adjusted line yards and 16th in adjusted sack rate.

Vita Vea is a grown man 😳

The Bucs were 10th in the NFL in pass defense DVOA and third in PFF’s team grades for pass coverage. Antoine Winfield Jr. was second in PFF’s grades among safeties.

Jamel Dean and Carlton Davis were 22nd and 23rd in PFF’s grades at cornerback, respectively.