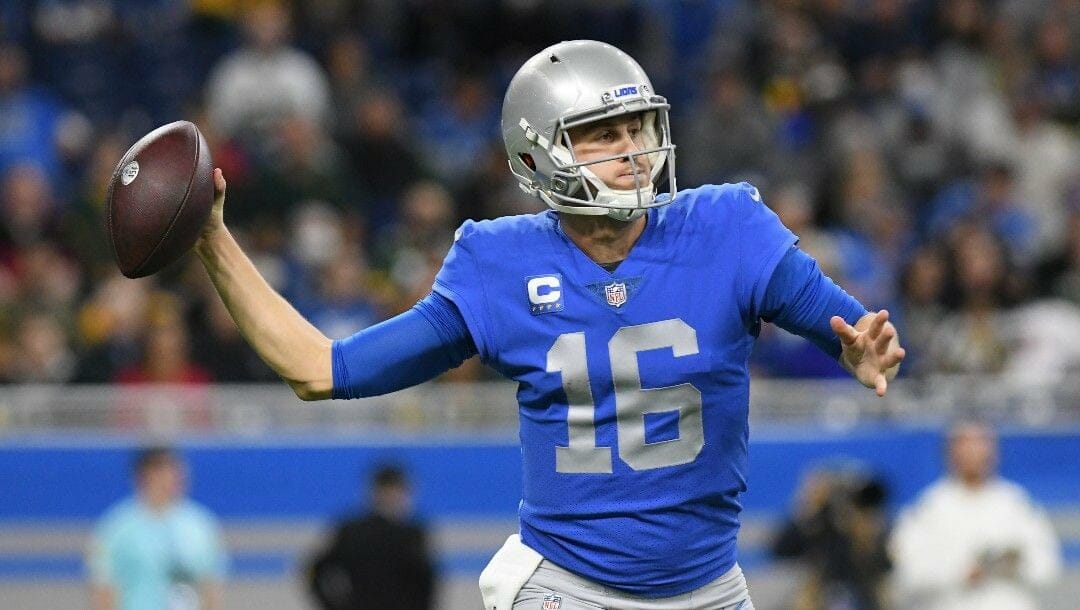 The Detroit Lions will be expected to bring up the caboose of the NFC North this season, but we believe there may be a chance for them to be a surprise within the division, given their level of talent.

Before placing some NFL parlays bets during the season, maybe a futures bet on the Lions could be worth it.

Chark was one of the league’s hottest commodities following his 2019 Pro Bowl season. In just his second year, Chark posted a 1,000-yard campaign and hauled in eight touchdown passes on 73 receptions.

A slight regression in 2020 and a fractured ankle in Week 4 that ended his 2021 season has pumped the brakes a bit on his career outlook. Still, the Lions are desperate at wide receiver, and if Chark can put together a season similar to 2019, it will pay dividends in Detroit’s passing attack.

A lot of deserving buzz around Jamo and ARSB, but how about some DJ Chark love?

It’s clear wide receiver is one of the team’s most significant weaknesses, but a fiery stretch from rookie Amon-Ra St. Brown to close out last season has given the franchise some hope at the position.

The 22-year-old totaled 51 receptions for 560 yards and five touchdowns in their final six games and showed some serious potential as a top option in the offense. The addition of Chark will help take the spotlight off of St. Brown, and if he can take another step in 2022, suddenly quarterback Jared Goff has some options to work with.

The Detroit Lions are clearly in the process of rebuilding, but it’s vital that you can see the attempt to do so.

Head coach Dan Campbell has gotten rave reviews from players following his first season. The team was competitive to close out the season, going 3-3 in their final six games, including wins over the Minnesota Vikings, Arizona Cardinals, and Green Bay Packers. Goff isn’t top tier but remains a proven quarterback with playoff and Super Bowl experience.

Between the aforementioned wide receivers, tight end T.J. Hockenson, running back D’Andre Swift, and first-round pick Jameson Williams, Detroit has some serious talent at the skill positions heading into 2022, while No. 2 overall selection Aiden Hutchinson is a building block on the defensive side of the ball.

This long price feels like one to take a shot on in an NFC North where nobody has gotten much better during the offseason. The Packers will always be the division favorites with Aaron Rodgers under center. Still, the loss of Davante Adams is noteworthy, while the Vikings hold talent but haven’t shown they can contend for the division with their current group.

Detroit is worth a flyer at 10-to-1 to win the NFC North as part of your offseason portfolio.