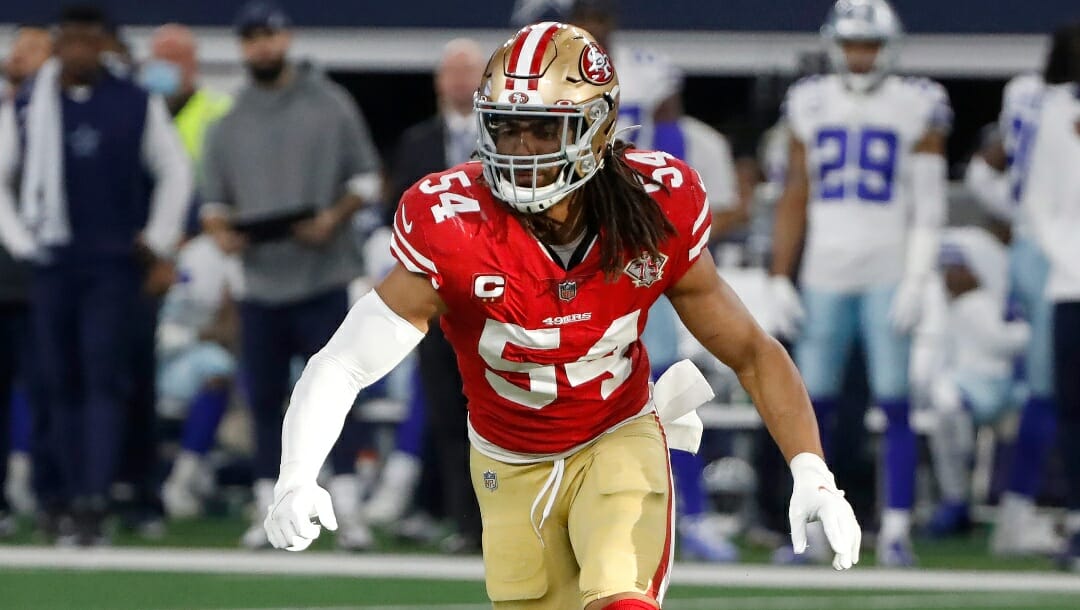 After a surprise run to the NFC Championship last year, the San Francisco 49ers will look to run it back in 2022.

With rumors surrounding their quarterback position as well as their star wide receiver, here’s a look at the Niners’ offseason moves, key players, and NFL odds to win the NFC:

There is still plenty of offseason left, but there really hasn’t been much notable addition to this roster. It’s a little worrisome inside an NFC West Division that is one of the most difficult in the NFL, but there is still time for San Francisco to make a move.

About a month ago it felt like Deebo Samuel and the San Francisco 49ers were an irreparable marriage.

Things were over and done, the divorce papers were all but signed, and Samuel was shopping his name around elsewhere. It feels as though the brakes have been pumped a bit. He has gone back and refollowed the team on social media, which may mean something or may mean nothing. His loss is irreplaceable, so it’s a situation to take note of in the coming months leading up to the season.

The second-year receiver didn’t even eclipse 100 yards on the season until Week 7 when he finally found his footing and busted out 730 receiving yards from Week 7 onward. His importance is only more magnified if Samuel ends up departing but even if he stays, the offense needs a spark beyond tight end Goerge Kittle and Samuel. Aiyuk has the talent to be that tertiary option.

The 49ers are BetMGM’s biggest liability to win the NFC.

Jimmy Garoppolo is a solid quarterback in the NFL. He will almost always have a starting job as long as he is around, but he feels like the one bringing down the ceiling here. There is dynamism on both sides of the football in San Francisco but it’s hard to buy them as a Super Bowl-caliber team when it took them the final week of the regular season to clinch their spot in a seven-team playoff.

This is going to be a sell.

Garoppolo is also on the hot seat and if Trey Lance ends up taking over, the narrative around this team shifts completely. It may be heading towards more of a developmental situation for Lance’s long-term benefit and if that’s the case, you are not going to want a +650 price on them to make it to Glendale for Super Bowl LVII. Leave this number on the Niners.

Are you looking for a Free Bet? Or a parlay boost? One Game Parlay insurance for NFL betting?