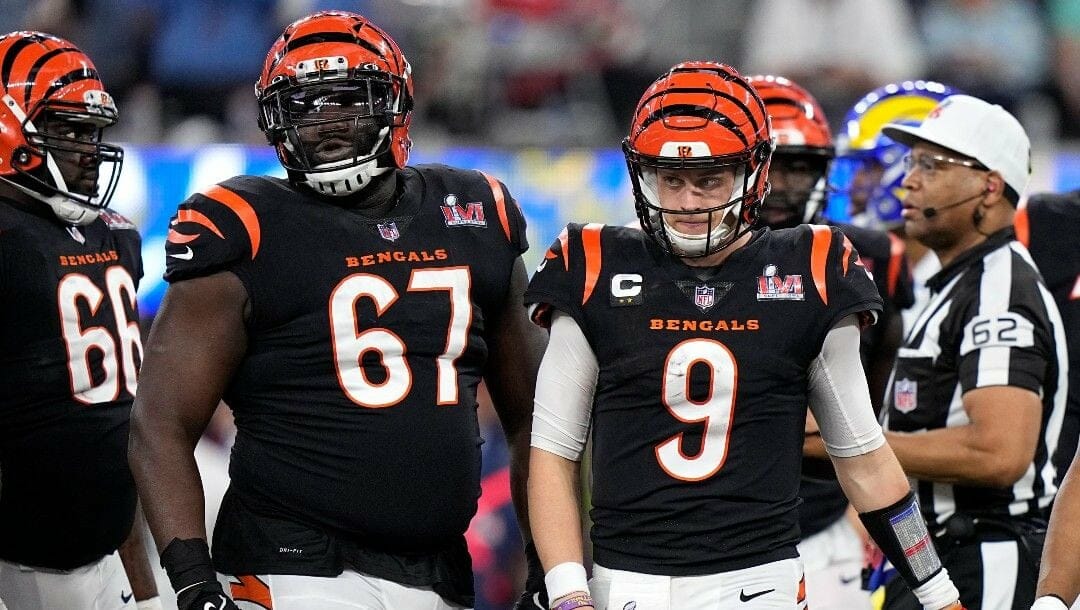 It was a dream run to the Super Bowl that nobody expected prior to the start of last season for the Cincinnati Bengals and they’ll look to repeat with basically the same roster this season.

Below we’ll take a look at the NFL odds for quarterback Joe Burrow and Co. to be crowned AFC North champions in back-to-back years for the first time since 1982 and determine if they are worth backing when it comes to NFL betting.

Cappa was a key contributor to the offensive line (Tampa Bay) that ranked third and second in the NFL in sacks allowed per game over the last two seasons.

He will join a Cincinnati offensive line that was quite the opposite, as the Bengals allowed the most sacks per game in the NFL a year ago at 3.5. If Cappa can make this line just average, he’ll be the best decision the Bengals ever made.

Shoutout to the Buccaneers Offensive Line. They are an elite unit. Donovan Smith, Ali Marpet, Ryan Jensen, Alex Cappa, and Tristan Wirfs do not get nearly as much credit as they deserve. #Bucsfilm2021wk1 pic.twitter.com/OdEo9V4xyS

Uzomah is off to the New York Jets and it leaves the tight end position a bit bare heading into 2022.

Prior to suffering a knee injury in the AFC Championship, the veteran posted up 13 receptions, 135 receiving yards, and a touchdown in their first two postseason games. He’s a tough loss at the position, but Cincinnati has ensured to bring in reinforcements.

Hurst will be Uzomah’s replacement in the starting lineup and has shown flashes of being a strong pass-catcher in the past with 56 receptions, 571 yards, and six touchdowns in 2020.

Moving from Atlanta’s woeful offense to the high-flying, weapon-filled attack of the Bengals gives him a chance to have a similar season in terms of production and role.

The Bengals sat at 7-6 following a Week 14 overtime loss to the San Francisco 49ers and they never looked back.

Burrow went on a tear with 13 touchdowns to just two interceptions over the next seven games while Cincinnati won six of seven with their lone defeat coming in Super Bowl LVI to the Los Angeles Rams.

The 25-year-old flashed his ceiling during that stretch and if he can perform near that level for a complete season, this team could compete not only for the AFC North title but for the AFC’s top seed heading into the postseason.

As mentioned earlier, the concern here will be the offensive line.

If the front five can protect Burrow at a better rate than a season ago, this team can make the leap to perennial contender rather than being considered a group that simply got hot at the right time.

The price here shifted slightly due to the addition of Cleveland Browns quarterback Deshaun Watson to the division, which is partly why it feels like there’s some value on the Bengals heading into the 2022 season.