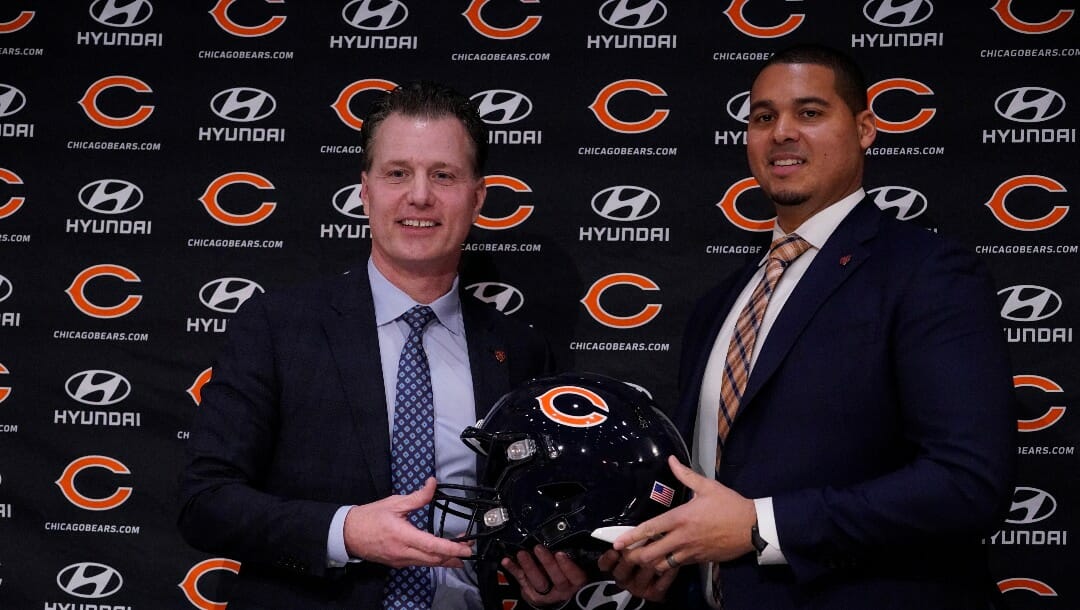 Justin Fields, alongside a first-year general manager in Ryan Poles and first-year head coach in Matt Eberflus, is looking to lead a new era for the Chicago Bears.

Here’s a look at the Bears’ offseason, 2022 outlook, and NFC North odds at the sportsbook:

These aren’t massive names added to the offense, but they will bring depth that the Bears desperately need at the wide receiver position.

All four of the wide receivers not named Darnell Mooney, that notched double-digit receptions in 2021 are no longer on the roster, which means he will need others to take some attention while adjusting to his role as a top option.

Mack’s foot injury last season hindered him for a month before he was placed on injured reserve, which ultimately ended not only his season but his career as a Bear. The six-time Pro Bowler is now a Los Angeles Charger, and Chicago will need to find star power elsewhere on their defense.

It’s easy to refer to Fields as the team’s X-factor, but their success heavily revolves around if he can take the necessary steps forward for himself and the team to succeed in his second year.

His passing certainly needs improvement – seven touchdowns and ten interceptions won’t get the job done – but he can make things happen with his legs, notching 420 rushing yards and a pair of touchdowns in his 12 starts. If he can make himself even an average passer in 2022, the Bears will be much better off.

There isn’t enough on this offense to put your faith into the Bears to surprise the league with an NFC North crown.

Not only does Fields need to show massive strides in his decision-making and throwing ability, but the pass-catchers on this roster may be bottom five in the NFL. Add in a knee injury to running back David Montgomery that hindered his production in 2021, and this offense could be in for a long season when it comes to moving the football.

With first-year head coach Matt Eberflus at the helm, the rebuild is underway in Chicago, and things don’t quite feel in place yet to expect them to compete for the division. Eberflus has no previous head coaching experience at any level, the offense needs more talent at the skill positions, and it’s hard to trust Fields’s arm until he proves he can do it at this level. Sell on the Bears with 2022 too soon to invest in their season-long success.

I’m selling the Bears at this more extended price to win the NFC North in 2022.

From the preseason through the playoffs, live sports betting is available for every NFL game throughout the season.

As Patrick Mahomes and the Kansas City Chiefs hold onto a third-quarter lead over Davante Adams and the Las Vegas Raiders, Jonathan Taylor and the Indianapolis Colts try to make a comeback against Trevor Lawrence and the Jacksonville Jaguars, or Jared Goff and the Detroit Lions start their opening drive against Aaron Rodgers and the Green Bay Packers, you can view live NFL betting opportunities at BetMGM.

Visit the sportsbook today to take your online betting experience to the next level!