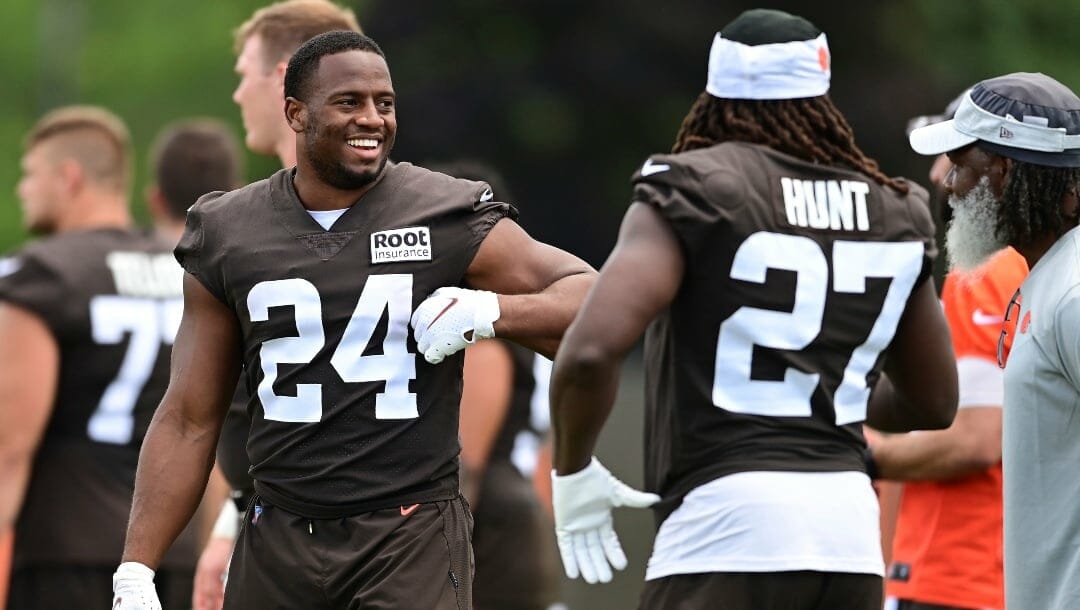 The Cleveland Browns enter the 2022 season with both promise and uncertainty. Is there enough certainty to exceed their win total of 8.5 in NFL betting?

The Browns acquired star quarterback Deshaun Watson from the Houston Texans in March in exchange for three first-round picks, despite the 26-year-old facing numerous sexual assault and misconduct allegations. Subsequently, the Browns shipped off former starter Baker Mayfield to the Carolina Panthers after a long, drawn-out saga.

Cleveland’s success in 2022 largely depends on Watson’s availability. As things currently stand, the three-time Pro Bowler has been suspended for the Browns’ first six games following an investigation and ruling by Judge Sue Lewis Robinson. However, with the NFL appealing Robinson’s decision and ultimately seeking a year-long suspension, the possibility remains that Watson’s punishment could increase significantly.

In the meantime, Cleveland will head into the season with backup quarterback Jacoby Brissett starting at least the first six games, if not more. While the Browns boast an elite running game and a solid defensive unit, Watson’s presence will be vital in their quest for a Lombardi Trophy.

With that said, here is the road ahead for Cleveland in 2022.

The Browns’ home opener comes against a New York Jets squad that, while still rebuilding, should be a tougher out in 2022.

The Falcons were considered the favorites to acquire Deshaun Watson in the offseason before Cleveland snuck in and ultimately landed the signal caller. This is a must-have for the Browns, with Atlanta in full rebuild mode.

These two sides met last season in a wild 47-42 Chargers victory. While the scoring likely won’t be as high, Justin Herbert and company present a formidable challenge for the Browns’ defense.

The Browns were steamrolled by the Patriots 45-7 in Week 10 of last season. Patriots head coach Bill Belichick is familiar with Cleveland quarterback Jacoby Brissett, having coached the 29-year-old in 2016.

If the NFL loses its appeal, Deshaun Watson will be under center in this his Browns debut.

Cleveland crushed the reigning AFC champs 41-16 in Week 10 of last season, holding Cincy quarterback Joe Burrow to 282 yards passing with zero touchdowns and two interceptions. A similar defensive performance will be needed this time around.

The Browns return from their bye to face Tyreek Hill and the new-look Miami Dolphins. Hill torched Cleveland in last year’s Week 1 meeting, racking up 197 yards on 11 catches while a member of the Kansas City Chiefs.

A difficult road tilt against Josh Allen and company, the odds-on-favorites to capture Super Bowl LVII. Cleveland has not won in Buffalo since December 2010.

A second straight daunting matchup has the Browns pitted against Tom Brady and the Bucs, albeit in front of the Dawg Pound. Brady is 7-1 in his career against Cleveland.

Under most circumstances, a Browns/Texans standoff doesn’t exactly leap off the schedule. Not this time. The potential return of Deshaun Watson to Houston is about as compelling a storyline as one could hope for and has revenge-game fans salivating.

In winning both games against the Bengals last season, the Browns proved they could run the football, rushing for 358 yards. Throw Watson’s running ability into the mix, and the Bengals will likely have their hands full keeping up with the Browns’ ground attack.

The Browns’ rushing game was largely held in check by the Ravens in last season’s home-and-home, Cleveland managing just 140 yards over the two games. Another defensive battle would not be a surprise in this season’s return matchup.

The Browns and Saints ranked third and sixth in fewest yards allowed last season. They square off in a game that could have playoff implications for both teams.

Washington’s pass defense, which stumbled to third-worst in the NFL last season in yards allowed per game, will likely be tested early and often by Deshaun Watson and company.

Will Ron Rivera be on the NFL hot seat when the Browns visit on New Year’s Day?

The AFC North promises to be highly competitive, and it would not be a surprise that this game will influence playoff seedings.