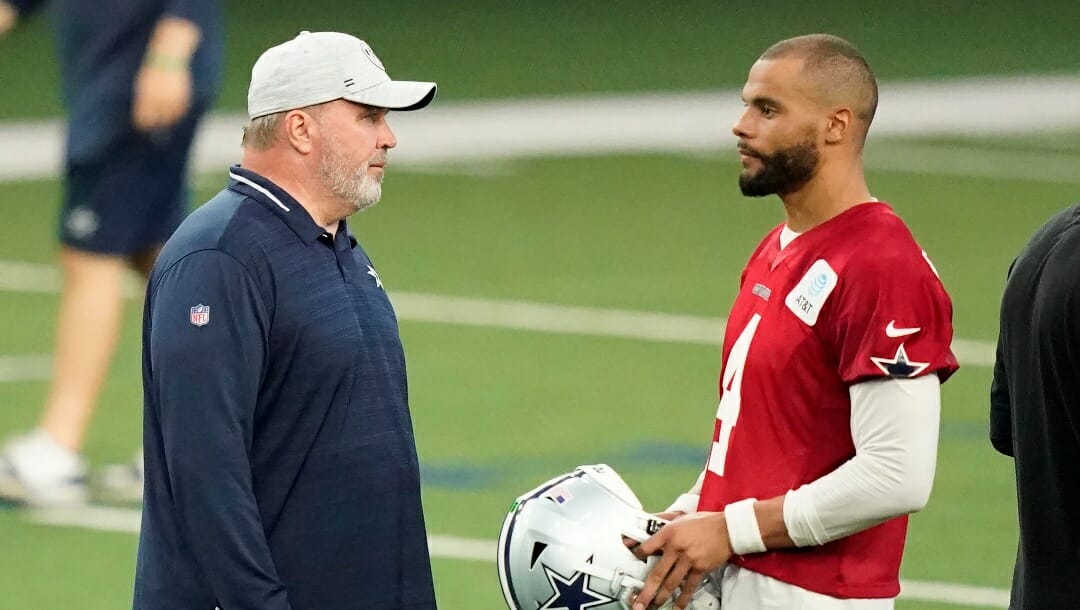 The Dallas Cowboys are once again preseason NFL betting favorites to win the NFC East as they seek back-to-back division titles for the first time in nearly 30 years.

Here’s a look at the Cowboys’ offseason, 2022 outlook, and NFC East odds:

There aren’t many new additions to get excited about in Dallas, but James Washington is a pass-catcher who, at just 26 years old, will bring depth to the roster as he enters his athletic prime.

Time will tell if he will see a more prominent role here than the limited one he was capped to in Pittsburgh, but that’s about all there is when it comes to any impactful additions for the Cowboys.

Trading away your top receiver at 27 years old for a fifth-round pick was … interesting, to say the least.

It’s hard to believe that a wide receiver with over 7,000 yards and 46 touchdowns in his first seven seasons is only worth that small amount of draft capital. Thankfully, Dallas has depth at the position and should be fine heading into 2022.

Rumors have been flowing over the past few weeks that the Cowboys want to increase Pollard’s role in the offense without diminishing Ezekiel Elliott’s.

That has led to discussions on Pollard even moving to wide receiver, to which he said he is “open to anything just being on the field.” This will be something to keep an eye on because last year proved that the running back is far too talented to be playing second fiddle to anybody in the NFL.

It’s the same song and dance with America’s Team every preseason where expectations are sky-high, but skepticism remains about whether they can reach them.

It wouldn’t be surprising if the Cowboys win a second-straight NFC East title. Still, the Philadelphia Eagles and Washington Commanders provide formidable foes who both feel to be live underdogs to win the division with capable quarterbacks. They’ve done well to bolster their rosters through the draft and free agency; while it feels like if Dallas has changed at all this offseason, it’s for the worse.

Despite all of the above, this is the most talented roster in the NFC East, and that will be enough to sucker in bets on Dallas, regardless of the odds. But what needs to be respected here is price sensitivity.

This +115 number is way too short for a division winner, especially one that feels like it will be a tighter race than most.

I’m selling the Cowboys at this short price to win the NFC East in 2022.