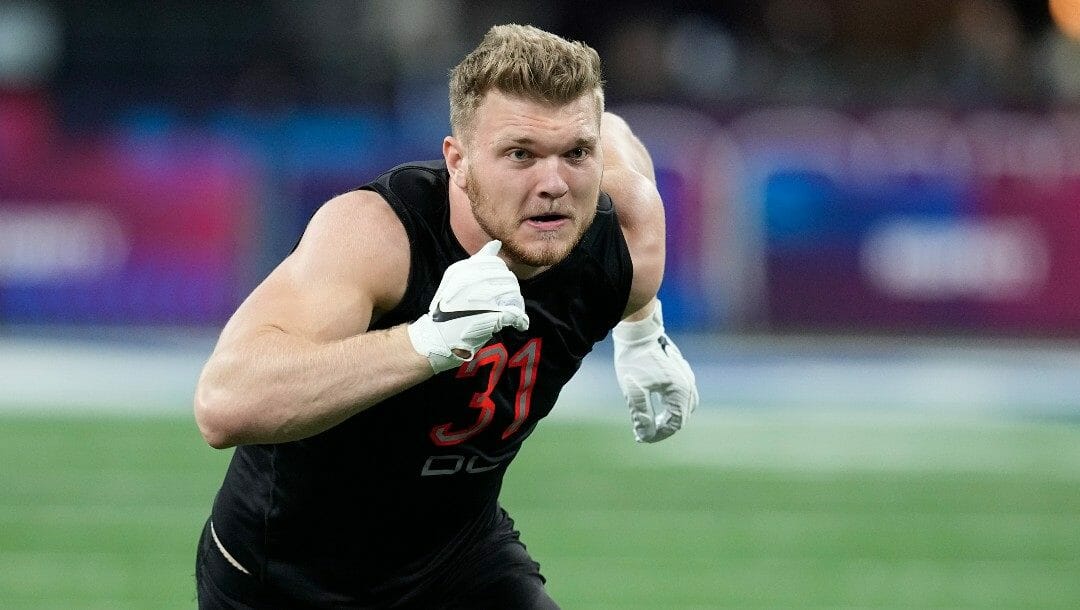 With only one day until the NFL Draft, who the top teams will take remains uncertain.

The question remains: Who will go first?

Here are my favorite bets for the first three picks of the draft, not including those who are favored.

(For more insight on first-round prospects, my NFL mock draft is filled with pick projections, prospect analysis and betting odds.)

These players were chosen with the same logic.

Both Hutchinson and Neal have been in contention to be picked first since the offseason began. Neither have proven unworthy of that consideration.

The Jaguars have plenty of needs, including at pass rusher. That’s one of the reasons Walker has become a top choice.

But for months, Hutchinson has been regarded as another elite prospect at that position. Yet now, Walker’s candidacy to be the first pick has apparently solidified.

Is this notion off the mark? If you think so, Hutchinson might be the best value for this bet.

Neal, meanwhile, is still one of the best prospects, regardless of position. And just because the Jaguars re-signed Robinson doesn’t mean they don’t need more help protecting quarterback Trevor Lawrence.

Neal can play either tackle spots or at guard and may still be a great fit.

If you’re thinking Walker isn’t the pick at No. 1 overall, then betting him to be the second pick is rational.

He has the fourth-best odds to be taken second, a pick the Lions own. That’s likely because Walker has such a strong chance of going first.

However, his versatility and skill set would fit extremely well with the Lions. He would mesh with the desired identity of that defense.

Liberty quarterback Malik Willis, meanwhile, might be the riskiest of these pick bets.

Though Jared Goff is their starter for now, the Lions could use a long-term plan at that position. That’s where Willis would make sense here.

Though I haven’t, some have projected Willis going to the Lions with the second pick. I believe they’ll take a quarterback in the first round, though, and Willis might not be available for them at No. 32. So maybe the Lions believe he’s worth the second overall selection.

LSU cornerback Derek Stingley Jr. has emerged as a strong possibility as the third overall pick. He has the leading odds as of this week at +200.

But for someone not betting on that, maybe the same position group could be the next-best choice.

In my mind, Cincinnati’s Ahmad “Sauce” Gardner is the best cornerback prospect in this draft. And there’s no doubt the Texans, led by new head coach Lovie Smith, are seeking help on defense. Gardner’s size and skills would fit with schemes Smith has implemented in the past.

And if the Texans do prioritize defense with this pick, another top prospect could be in contention here.

Oregon defensive end Kayvon Thibodeaux has long been believed to be an elite prospect in this draft. Only as others have risen up mock drafts, Thibodeaux has fallen.

He’s my second-favorite prospect behind Neal. And if Houston agrees, he would be a deserving pick here.