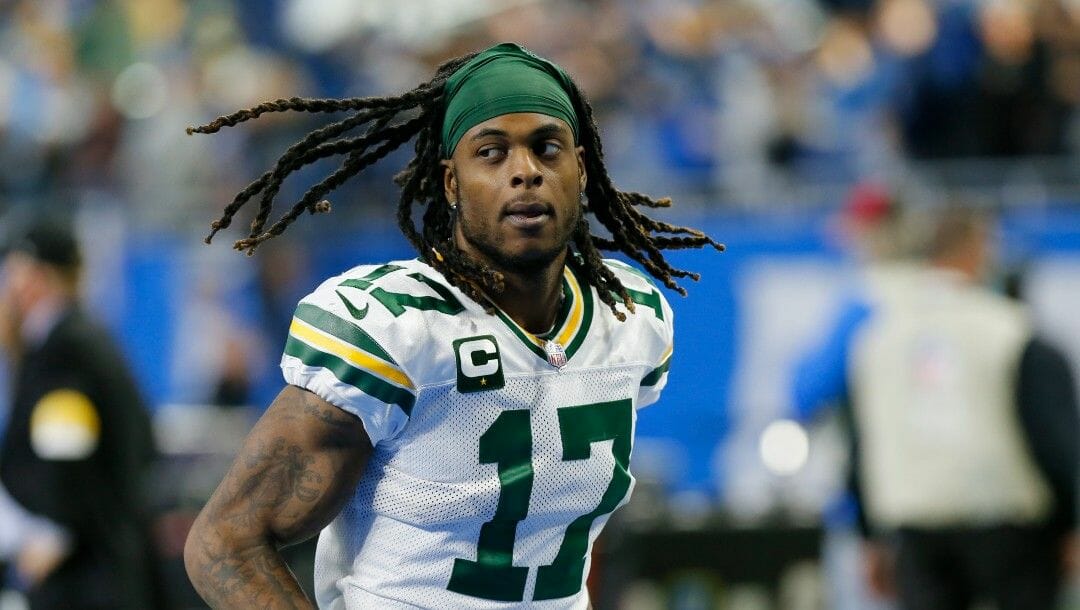 The Green Bay Packers seemed like they were going to run it back. Until they didn’t.

Roughly a week after re-signing quarterback Aaron Rodgers to the most lucrative contract in the history of the NFL by yearly annual value, the Packers jettisoned star receiver Davante Adams to the Las Vegas Raiders. This changed the Super Bowl odds for both the Packers and Raiders.

But no matter what, the Raiders, who reunite Adams with former college teammate Derek Carr, have helped make the AFC West an even more loaded division.

The Packers are tied for fourth in NFL odds to win the Super Bowl at +1100. They were at +1000 before the Adams trade.

The Packers also tied with the reigning champion Los Angeles Rams for the second-best odds to win the NFC at +500.

The Tampa Bay Buccaneers, who were catapulted back into contention when Tom Brady announced he was returning to the team, lead the NFC odds (+350) and are second for championship odds (+800). The Bills have the best Super Bowl odds at +650, while the Chiefs are third at +850.

The Raiders seem to be in more contention than before, as their odds to win Super Bowl 57 are +3500 after being +4000. This ties them for 17th among NFL teams.

ESPN reported the Raiders are sending their first- and second-round picks to the Packers for Adams.

The Packers now have the 22nd and 28th overall picks this year in the NFL Draft. If they wanted, they could add receiving talent with those picks.

Upon going to the Raiders, Adams is reportedly agreeing to a five-year, $141.25 million contract.

Adams was reportedly set on not playing under the franchise tag the Packers used on him this offseason. In 2021, he was on the last of a four-year, $58 million extension.

The Packers were in a tough spot financially after Rodgers signed a three-year, $150 million deal. According to Over The Cap, they had about minus-$5 million in effective cap space before the Adams trade.

Davante Adams' 5-year deal is not only the largest ever for a wide receiver, it's the largest contract for *any* non-QB in NFL history both in terms of average annual value ($28.5M) and total value ($142.5M).

The addition of Adams isn’t necessarily a slam dunk for the Raiders. But there’s plenty of reason to believe it will be.

He once again showed he’s one of the best receivers in the league with the second-highest grade at his position, per Football Focus. He was also second by Football Outsiders’ DYAR metric, both behind only the Rams’ Cooper Kupp.

The Raiders will have to utilize this talent correctly, though. They have other weapons like tight end Darren Waller and wide receiver Hunter Renfrow to help keep pressure off Adams. But those two and Adams are most effective from the same area of the field.

What Davante Adams looks like in the silver and black: pic.twitter.com/zBU1f9LnCl

Waller can line up as a receiver, and Adams can also play out wide. But it’s up to new head coach Josh McDaniels to scheme up ways that maximize those talents.

Another looming question is how well Adams can play without Rodgers, which he hasn’t done for a full season in his pro career.

Adams has yearned to play with Carr again, though.

They did so at Fresno State, where the duo set several program records. They’ve already meshed well before, so there’s reason to believe they will again.

Adams joins an AFC West which has been abundantly adding talent. The Raiders picked up linebacker Chandler Jones, the Chargers added edge rusher Khalil Mack and the Broncos traded for quarterback Russell Wilson. Yet the Chiefs, with Patrick Mahomes at quarterback, are still the Super Bowl favorites from the division.

So the question may not be if Adams can play well. It may be if it’s enough to propel them to a viable path to a title.

Reportedly, Rodgers was privy to the possibility of Adams leaving when he signed his new contract with the Packers. This means they likely have other plans in the works.

With this newly-acquired draft capital, the Packers could aim to add young talent. Wide receivers like Ohio State’s Garrett Wilson or Chris Olave might drop far enough for them to be taken by the Packers or for the team to trade up for them.

🏈Packers get two 2022 picks, including the Raiders’ first-round pick, per sources.

A rookie contract would make the most sense for the Packers to address this need. But they might not want to wait for a rookie to develop, so they could opt to rework their financial arrangements and bring in one of those aforementioned weapons.