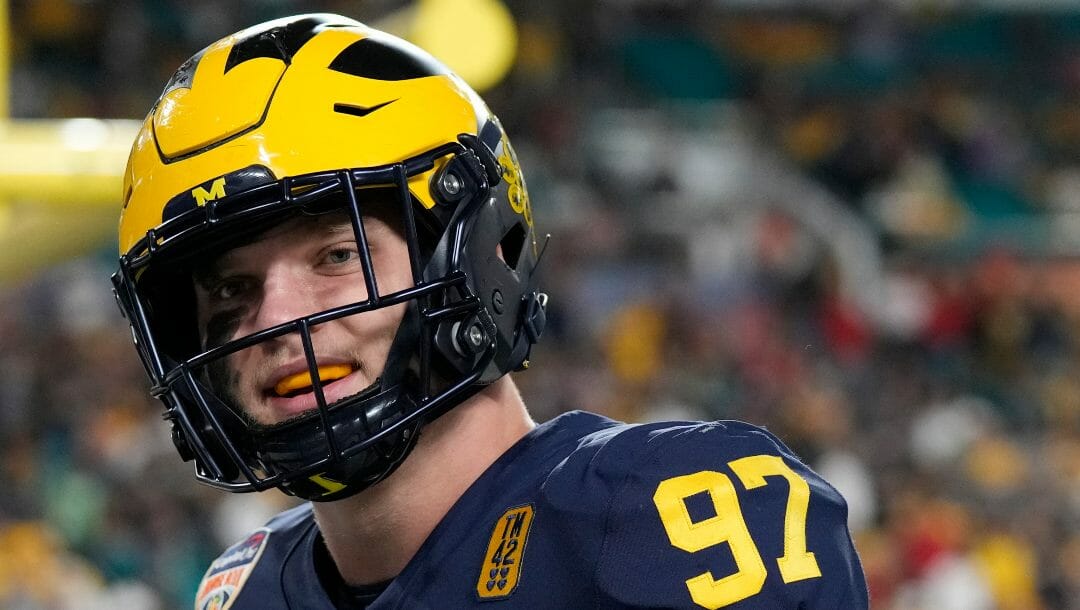 The 2022 NFL Draft is officially upon us.

After endless analysis of game film, the NFL Combine, and pro days, fans will finally know where this year’s batch of prospects will continue their football journey. While some may feel this year’s draft is diminished given what is perceived to be an underwhelming quarterback class, the lack of consensus among experts and changing NFL Draft odds regarding the top three selections, I believe, adds significant intrigue.

We have seen several players greatly increase their draft stock, while others may wind up falling further than originally anticipated.

In what is always one of the highlights of the NFL offseason, let us have a look at the current NFL Draft betting odds.

There’s been significant line movement in this market of late, beginning with Georgia defensive end Travon Walker, who is now the favorite to go No. 1 overall at -450 (up from opening odds of +3000). While Walker notched just six sacks in 2021 on a loaded Bulldogs defense, his pre-draft measurables were off the charts, including a 4.51-second 40-yard dash.

The 21-year-old carries immense upside and that appears to be what most Jaguars brass have fallen in love with. Bettors agree, as Walker also holds the highest handle percentage at 42.9%.

The former odds-on-favorite, Michigan defensive end Aidan Hutchinson has seen his odds lengthen from an opening of +100 to the now current +400. Largely viewed as the safer pick, Hutchinson may not possess Walker’s potential upside, but has a far more proven track record of production, as evidenced by his Wolverines record 14 sacks this past season.

An interesting name to keep an eye on is NC State offensive lineman Ikem Ekwonu (+400), who now sits tied with Hutchinson for the second-best odds to go first overall – shortening his opening odds of +10000.

Tackles are always in demand and reports have surfaced that Jacksonville head coach Doug Pederson prefers to invest in the offensive side of the football, much to the chagrin of general manager Trent Baalke.

Should the Jaguars select Walker at No. 1, it’s difficult to see the Detroit Lions passing on Hutchinson, who opened at +250 and is now -155 to go second overall. If the Lions do, in fact, go in a different direction, watch out for fellow defensive end Kayvon Thibodeaux of Oregon.

Although Thibodeaux has drawn questions about his motor and overall commitment to the game, he has seen his odds shorten from +1000 to +110 while holding the second-highest ticket percentage (22.9%) and handle percentage (21.4%). The 21-year-old was a unanimous All-American in 2021.

Here is where the draft gets really interesting, as there has been very little clarity on what the Houston Texans will do at No. 3.

Granted, the Texans need help in every facet, but the offensive line, defensive line, and cornerback appear to be the most pressing needs. As things stand, oddsmakers like LSU cornerback Derek Stingley Jr. to wind up in Houston at +100 (up from opening odds of +750) – ahead of former odds-on-favorite Ekwonu (+210) and fellow corner Sauce Gardner of Cincinnati (+400).

Recovering from a Lisfranc injury suffered this past year, early mock drafts had Stingley falling outside the top ten. But, following an impressive Pro Day in which he appeared fully healthy, the 20-year-old’s value has skyrocketed.

Bettors have taken notice as well, with Stingley holding the highest ticket and handle percentage at 22.3% and 61.4%, respectively.