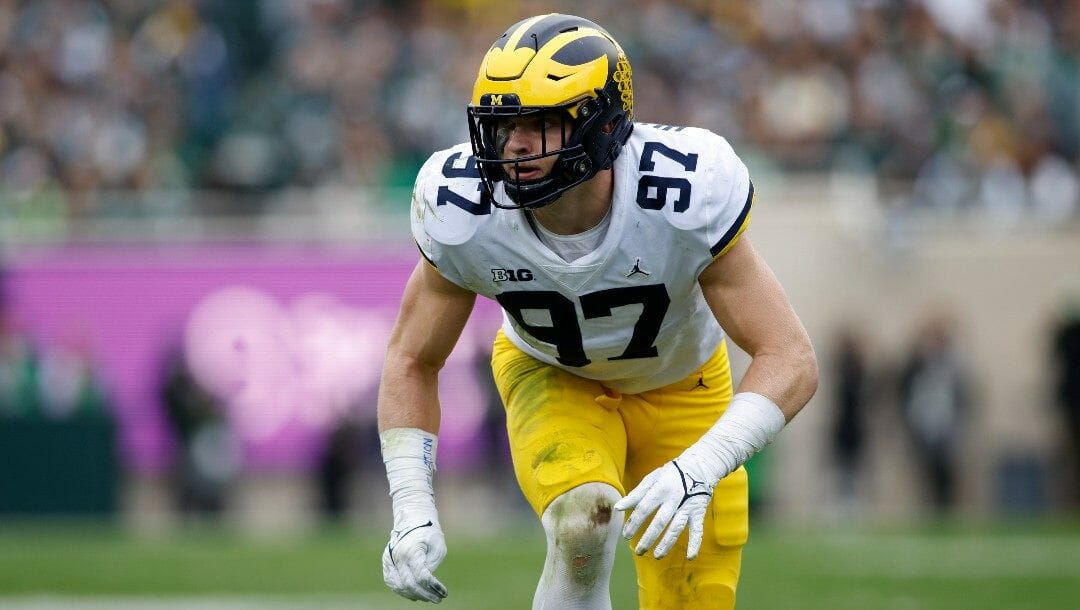 The NFL Draft is set to kick off on April 28 from Las Vegas, Nevada, and Aidan Hutchinson of the Michigan Wolverines is still the odds-on favorite to be the No. 1 overall pick.

In his final season as a Wolverine, Hutchinson recorded 14 sacks and 62 total tackles, leading Michigan to a surprising appearance in the College Football Playoff, after beginning the season unranked.

Hutchinson currently boasts NFL Draft odds of -175 to be the first pick of the draft by the Jacksonville Jaguars, with defensive end Travon Walker out of Georgia making a late charge at +140.

Walker proved to be a versatile and vital piece of Georgia’s National Championship team and there’s plenty of speculation that the brass in Jacksonville could be leaning in his direction when the draft opens.

You can make the argument that Neal would be a great fit on the Jaguars offensive line to help protect Trevor Lawrence, but Hutchinson and Walker both could be difference-makers on defense, which makes sense why Jacksonville hasn’t quite tipped their hand yet, amidst speculation.

Walker currently boasts the highest handle percentage as well at 32.7%, which also has him as one of the biggest liabilities, moving all the way from +3000 when the odds opened, to +140.

Hutchinson also has the second-highest handle at 22.2%, which is followed by Neal at 17.3%.