NFL Draft Odds: Will a Running Back Be Selected in First Round? 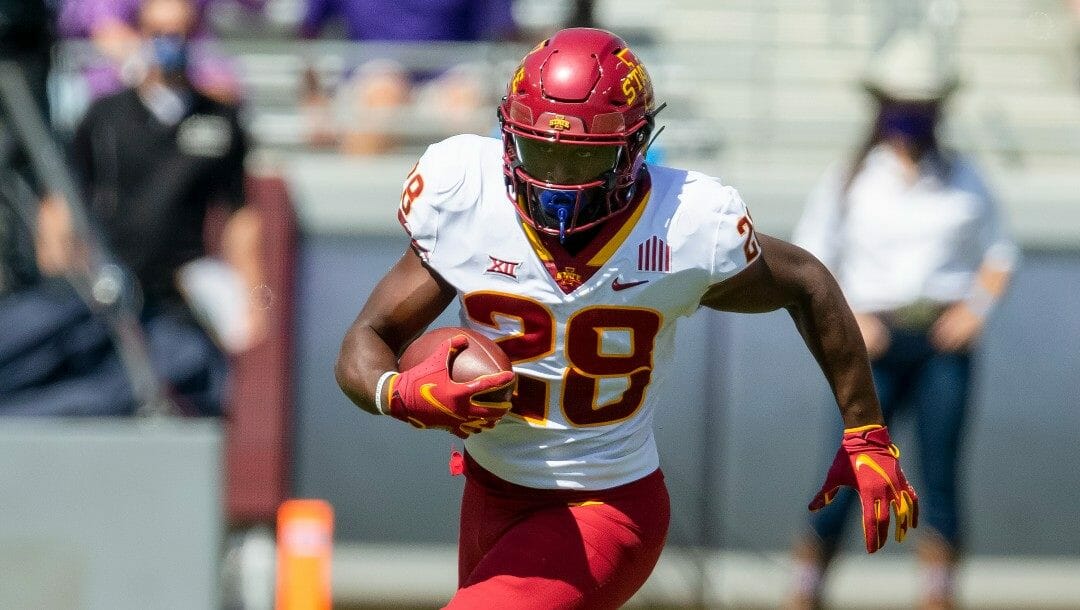 The 2022 NFL Draft kicks off on Thursday, April 27, and there are a number of different ways you can bet on the event.

There are NFL Draft betting odds for the No. 1 overall pick, No. 2 overall pick, first quarterback to be selected, which position a specific team will select with the first pick and much more.

NFL Draft odds list the amount of running backs selected in the first round with an Over/Under of 0.5.

Draft odds indicate not a single running back will be selected in the first round of the 2022 NFL Draft.

The Over/Under has been set at 0.5 with the Under heavily juiced at -225, while +160 odds are being offered for the Over.

Recent NFL Draft historical trends show that this is slightly out of the ordinary. Here are the amount of running backs selected in the first round in recent years:

Breece Hall has solidified himself as the RB1 in the 2022 NFL Draft class (-225 to be the first running back selected) after a strong showing at the combine in which he tested above the 90th percentile in the broad jump, vertical, and 40-yard dash.

The two-time Big 12 Offensive Player of the Year has three years of top-notch production on his resume as well. He stepped onto campus as a true freshman and immediately belonged on the field, accumulating 1,149 total yards and 10 touchdowns.

Despite playing behind a worrisome offensive line, Hall was one of the most productive running backs in the country over the next two seasons, racking up 3,526 total yards and 46 touchdowns.

The draft odds seem to indicate that there isn’t a Round 1 caliber back in this class, but that doesn’t appear accurate upon further reflection.

Hall is a top-notch athlete with elite production on his resume. He’s a threat in the receiving game as well, catching 82 passes for 734 yards and six scores over three college seasons. He has prototypical size at 5-foot-11 and 218 pounds.

If it’s not Hall, Kenneth Walker III out of Michigan State (+200 to be the first running back selected) seems like the next most-likely candidate after amassing 1,626 rushing yards a year ago en route to the Doak Walker Award. His 4.38 40-yard dash at the combine certainly helped his case.

It’s not difficult to envision a contender selecting Hall, or another top back in the class, near the end of the first round.

The running back position has been devalued in today’s modern NFL, but all it takes is one team to take the plunge.

Year after year, NFL decision-makers convince themselves that all that’s missing from the offense is an elite talent at running back and that’s how we’ve ended up with seven straight years with at least one being selected within the first 32 picks, including at least one taken with the 24th pick or later in each of the past four drafts, which is where Hall and/or Walker could slot.