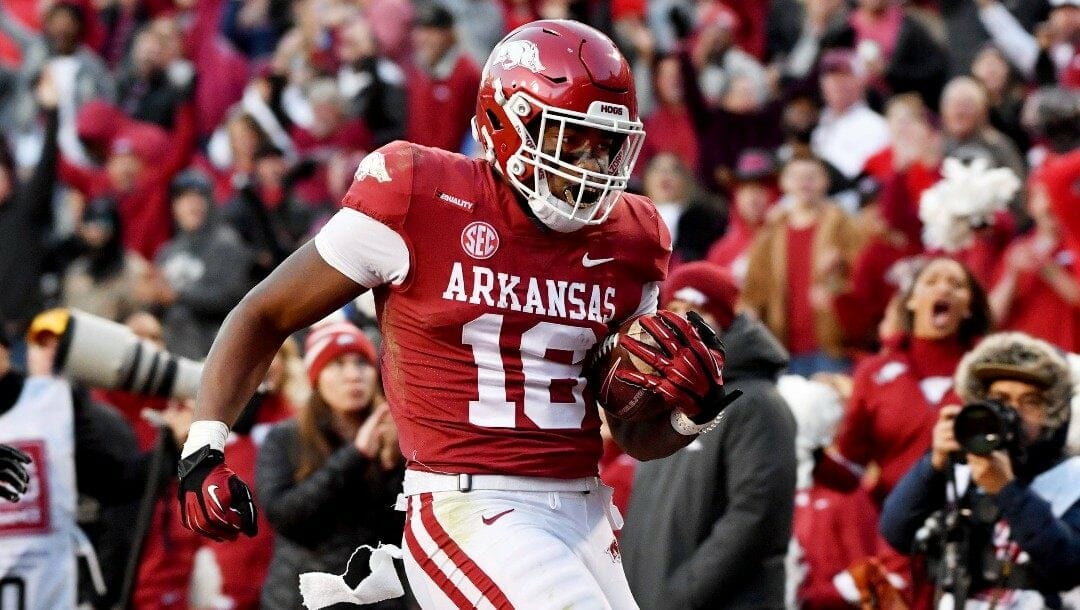 The NFL Draft is quickly approaching and everyone is trying to figure out who their team will select, especially in the first round.

The New England Patriots, led by Bill Belichick, may be one of the hardest teams in the league to predict. Some years they’ve desperately needed to get younger at wide receiver or had a need at tight end, but yet would select a defensive lineman in the first round. So, instead of trying to think like Belichick, how about predicting the Patriots’ first selection based on NFL Draft odds?

At the BetMGM online sportsbook, each team has odds for the position of the first player selected. This could help when predicting who the Patriots might select at No. 21 overall.

The need is an obvious one after losing cornerback J.C. Jackson in free agency and not really replacing him. Malcolm Butler was brought back, but is he really worthy of being considered a No. 1 corner after sitting out all of last season?

Going into the draft, the Patriots have a cornerback depth chart of Jalen Mills, Butler, Jonathan Jones, Myles Bryant, Joejuan Williams, Terrence Mitchell and Shaun Wade. Clearly, some help is needed at the position.

Sauce Gardner and Derek Stingley Jr. will be long gone by the time the Patriots are on the clock, and potentially Trent McDuffie. So, who is left?

Clemson’s Andrew Booth Jr., Washington’s Kyler Gordon and Michigan’s Daxton Hill are all options if the Patriots do decide to go cornerback first overall. Gordon has climbed draft boards of late; there are reports he’ll go in the first round.

.@UW_Football @kyler_gordon shows off every kind of skill in this dramatic win v Cal Bears. And the elite testing and those measurements show up in his play. Someone is getting a well coached football player. #nfldraft #BaldysBreakdowns pic.twitter.com/4LAKiffriA

It’s a bit of a surprise this position doesn’t have the shortest odds; after losing Ted Karras via free agency and trading Shaq Mason, this is the biggest need on the roster. New England needs to add a player capable of starting on the interior.

Ikem Ekwonu (-200 to be first offensive lineman selected), Evan Neal (+200), Charles Cross (+350) will all likely be selected in the top 10, but that’s fine for the Patriots as they are all tackles.

There’s a good chance both players will be on the board when pick No. 21 comes around. Boston College has had a number of solid NFL offensive linemen of late and the Patriots are very familiar with Johnson since he’s in their backyard.

This isn’t as big of a need as other positions, but Belichick has a knack for selecting defensive linemen in the first round.

A number of players at this position are expected to go in the top 10, so from a talent perspective, the best players may be off the board when they are on the clock.

Some names to be aware of are Jordan Davis (Georgia), Boye Mafe (Minnesota) and Perrion Winfrey (Oklahoma).

Wide receiver is another big need for the Patriots, but is it worth it in the first round?

New England hasn’t had a ton of success drafting receivers high in the draft, and although there are some great wideouts this year, a lot of them could be gone by the time pick No. 21 rolls around.

Garrett Wilson (-175), Jameson Williams (+175) and Drake London (+250) have the best odds to be the first wide receiver selected, which likely rules them out for New England.

Burks, out of Arkansas, totaled 1,104 yards and 11 touchdowns a year ago. If the Patriots go receiver, keep an eye on him.

With the exception of Devin Lloyd, no linebacker seems deserving to be selected in the first 21 picks. But, there’s always the chance Belichick trades down – either out of the first round completely or toward the end.

There’s a question if any running back will be selected in the first round at all, so if the Patriots were to make this position their first pick, it would likely come following a trade down.

And even if they do trade back, it won’t be to select a running back.

This has worse odds than running back, but they should be flipped.

There’s a slightly better chance a tight end would be selected first by the Patriots after a trade back. Hunter Henry and Jonnu Smith are aging and if one of the better tight ends – e.g., Colorado State’s Trey McBride – surprisingly became available in the second round, the Patriots could surprise a lot of people and take him.

It’s very unlikely to happen, but more so than a running back.