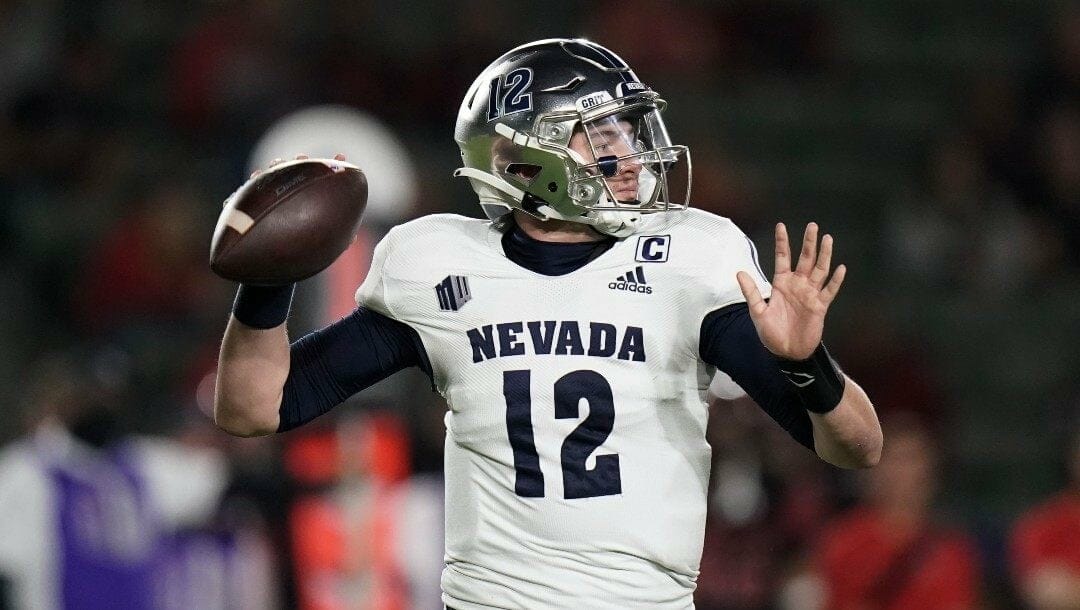 The 2022 NFL Draft is fast approaching and it’s time to cram as much information as possible about the top prospects.

Below we’ll hand out an NFL Draft superlative for the best pure passer in the 2022 class.

If all that went into playing the quarterback position was having a rocket of an arm and throwing a pretty ball, Nevada product Carson Strong would likely be the consensus QB1 across the industry.

He possesses a cannon for an arm and has adept placement on his passes, making him the best pure pocket passer in the class.

Playing in a wide-open pass-heavy scheme at Nevada, Strong racked up 4,175 passing yards and 36 touchdowns in 2021 while completing over 70% of his passes.

A few red flags are keeping Strong from being a likely top selection in the draft. Chief among them is his lack of mobility. He appears to be stuck in the mud when maneuvering around the field and would likely struggle to outpace Albert Pujols in a 40-yard dash.

Some of the other quarterbacks in this class are significantly more versatile.

Malik Willis is a mix between Jerome Bettis and Lamar Jackson toting the rock. Desmond Ridder can fly. Kenny Pickett forced an NCAA rule change with his legs. Then there’s Strong, who would be a top candidate for the “Strongest Resemblance to a Statue” NFL Draft superlative if such an award existed.

Strong ranked second in passing grade (89.1 per PFF) in this class behind only Pickett, but we’ll give Strong the nomination due to his arm strength.

One potential reason that Strong has been so limited in his mobility is that he played through substantial pain in his knee a year ago.

Strong reportedly had two surgeries on his knee following the conclusion of the season. He was visibly hampered at times by the pain and that could partly explain his lead-footedness.

Strong is not currently in the discussion to be the first quarterback off the board come Thursday (+10000 NFL Draft odds).