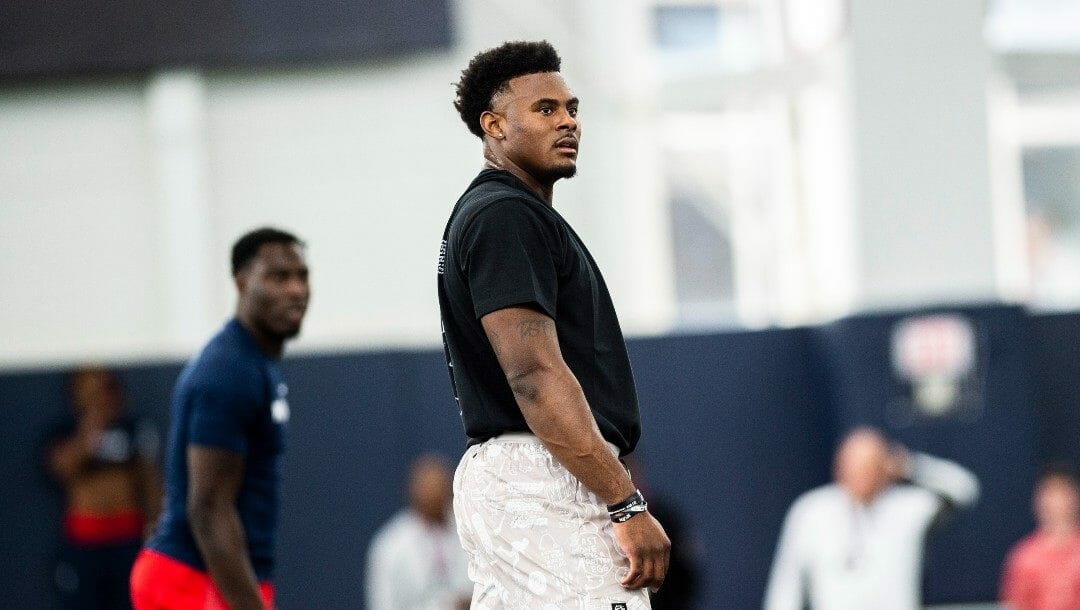 The NFL Draft will get underway Thursday night in Las Vegas and there are a number of ways to bet on the event, including NFL Draft betting odds on the No. 1 overall pick and even NFL Draft odds on which position a team will select with their first pick.

But, taking a step back and having some fun with draft week, I will run through some superlatives with the draft class.

Attempting to tackle any professional football player wouldn’t be fun, but some would certainly be less idealistic than others.

The NFL Draft Superlative award for the player I’d least want to attempt to tackle goes to Malik Willis.

That’s right, the player we’d heave the least amount of fun trying to tackle is a quarterback.

Malik Willis isn’t your average quarterback, standing just above six feet tall and weighing 219 pounds. His physical stature resembles a running back, and his statistical profile on the ground does as well — a very good one, at that.

Per Pro Football Focus, Willis forced 90 missed tackles a year ago, the highest number in the nation among all positions despite accumulating only 86 rushing attempts. In other words, he broke a tackle every single time he ran the ball, on average.

He narrowly edged out Michigan State running back Kenneth Walker III — the runner-up for this illustrious award — who forced 89 missed tackles on 262 attempts.

Once negative sack yardage is removed, Willis ran for 1,220 yards and 13 touchdowns on the ground a year ago. He’s an equal threat to run right past you, juke you out of your shoes, or run you into the turf.

Therefore, he wins our award as the player we’d least like to attempt to tackle.

It’s no mystery why Willis is the favorite to be the first quarterback selected in this year’s draft, currently sitting with -200 odds at BetMGM.

He still needs to improve vastly in his accuracy and ability to read defenses. He rarely threw the ball over the middle of the field. Turnovers will be a concern after he tossed 12 interceptions in 2021. He played against weak competition while at Liberty after transferring from Auburn.

Still, Willis is one of the most dynamic athletes we’ve seen at the quarterback position. He can win with his speed, power, or agility when running the ball so good luck trying to arm tackle, Willis.