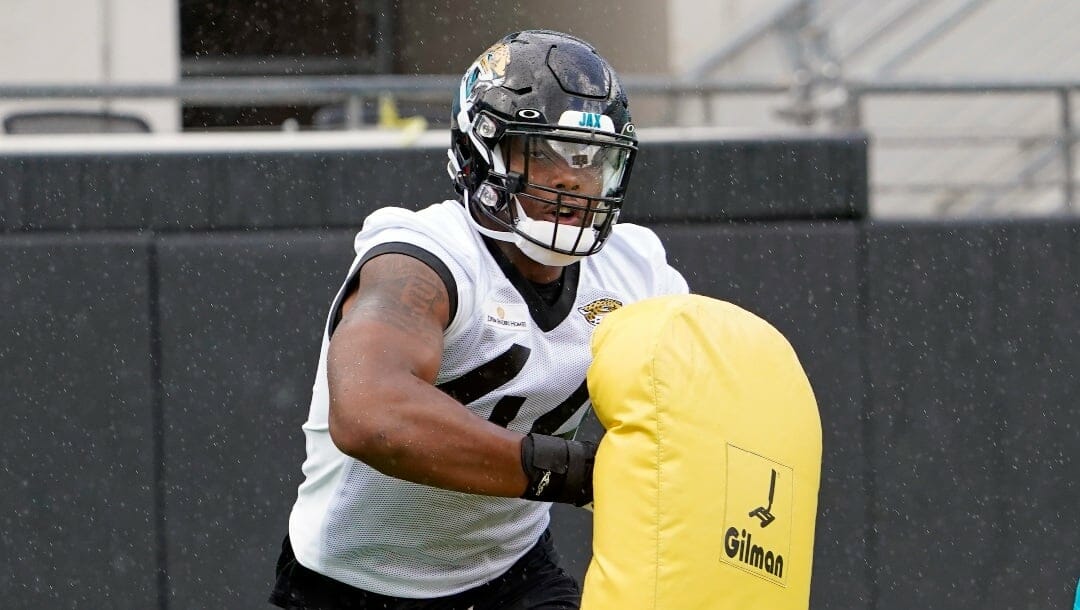 The Jacksonville Jaguars enter 2022 with hopes to end their streak of four consecutive seasons finishing in last place in the AFC South, hopes that largely sit on the shoulders of Trevor Lawrence after a bizarre rookie season.

Here’s a look at the Jaguars’ offseason, 2022 outlook, and AFC South odds in NFL betting:

In one of the more puzzling signings of the offseason, the Jaguars chose to throw a four-year deal worth up to $84 million at Christian Kirk, a receiver entering his fifth season without a 1,000-yard season or a Pro Bowl to his credit.

Regardless of the contract numbers, Kirk will be relied upon to give Trevor Lawrence some help in the passing game as the team’s top option.

Linder only saw 18 games across the past two seasons due to various injuries, but losing your starting center will always be a tough loss.

The 30-year-old was a staple of the team’s offensive line for eight seasons, and rookie Luke Fortner will have big shoes to fill in 2022.

It’s easy to call the quarterback the X-factor, but Lawrence didn’t exactly pan out as expected in his rookie campaign.

The 22-year-old threw just four touchdowns in his final eight games and led the NFL with 17 interceptions on the season. Growing pains are expected in a quarterback’s first season, but it’s hard to believe many expected that subpar of a season from the 2021 first overall pick. He will need to show serious progress in year two if the Jaguars want to succeed.

There are far too many unproven commodities in key positions this year. Lawrence still needs to prove his ability to play at this level as a quarterback, running back Travis Etienne has yet to play a snap in the NFL, and wide receiver Christian Kirk has never been a number one pass-catcher in his career. There is a plethora of uncertainty with this team, and they do feel like the worst of the bunch in the AFC South despite the odds.

Based on how they each played in 2021, you could make a case that Trevor Lawrence is the worst quarterback in this division. Until he proves he can take a step towards consistent play in the NFL, don’t waste your money backing the Jacksonville Jaguars in any capacity.

I’m selling the Jaguars at this long price to win the AFC South in 2022.