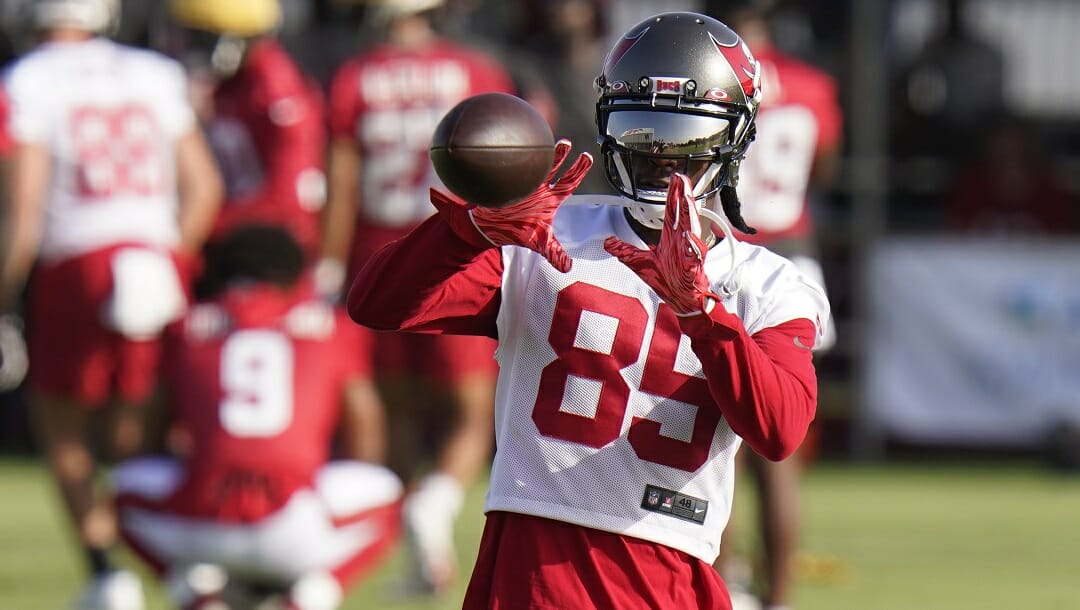 By now, you’ve seen the most important NFL news of the week: five-time All-Pro wide receiver Julio Jones is joining forces with Tom Brady and the Buccaneers.

The NFL betting lines in the futures market haven’t moved much. The Bucs were +350 to win the NFC in April; they’re available at +325 right now.

We all know the Bucs are going to be good again. However, with Jones signing on the eve of training camp, many bettors are now wondering how meaningful the new addition will be.

It’s only been 48 hours since Tampa tendered the Julio Jones contract, but the consensus so far is  Jones will be better as an on-field contributor than as a fantasy target.

PFF ranks Jones at No. 67 right now. Fantasy Pros’ aggregate rankings have him at No. 81.

Jones has 879 career receptions for 13,330 receiving yards and 61 touchdowns. He led the league with 1,677 receiving yards in 2018, but his production has decreased yearly since.

Fantasy players may be eager to grab Tampa’s newest weapon, but experts in the fantasy football space don’t seem too high on him as a prospect. He’s an aging, oft-injured star in decline that’s joining an offense with lots of mouths to feed.

As a result, his average draft position is much higher than recommended.

Jones might not be a week-to-week reliable target in fantasy, but he can still bring great situational value to the Bucs.

The Bucs are primarily built around offensive potential, but there are still adjustments to make ahead of the 2022 season. Rob Gronkowski is gone, and Chris Godwin isn’t 100% healthy.

Jones’ presence should help to soak up some of those targets – especially early in the season, when Brady may need to lean on new names in the passing game.

To get more insight into the signing and the Bucs’ locker room in general, I asked Bobby Thompson (Bucs Report) to come on this week’s episode of The Lion’s Edge – BetMGM’s top podcast for betting analysis.

Thompson emphasized that the Bucs aren’t necessarily trying to get a vintage, 17-game season out of Jones in 2022.

Tampa wants him to come in and be another weapon – particularly in the red zone, where his frame and talent will make it harder to double-team Kyle Rudolph or Mike Evans.

You can subscribe to The Lion’s Edge for intelligent, weekly insights into trends and betting tips across the online sports betting world. It’s available on iTunes, Spotify, or wherever you listen to podcasts.