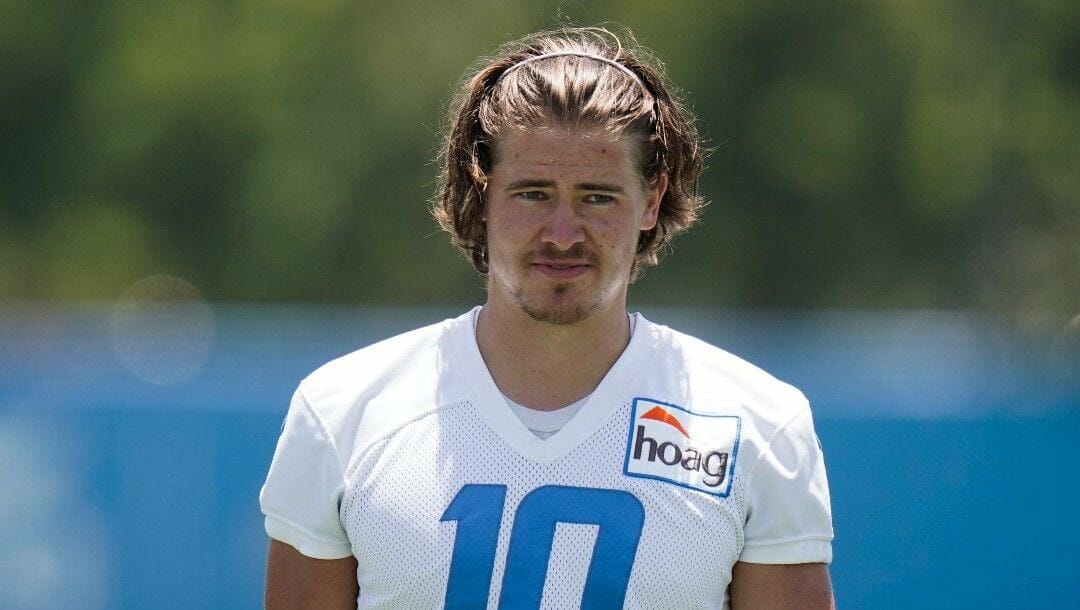 The Los Angeles Chargers enter 2022 on the heels of a 9-8 record in 2021, a year that saw their playoff hopes crumble down the stretch, culminating in a Week 18 overtime loss to the Las Vegas Raiders. With the frustration of last year behind them, the Chargers look to achieve greater consistency and a return to the postseason for the first time since 2018.

The Chargers have an over/under win total for 2022 of 10.5 when it comes to NFL betting.

Led by third-year quarterback Justin Herbert, the Chargers boast one of the NFL’s most high-powered attacks and stand ready to wreak havoc on opposing defenses. With skill and poise that belies his age (he’s 24), Herbert has been phenomenal since entering the league, throwing for 5,014 yards and 38 touchdowns last season.

Defensively, Los Angeles was busy in the offseason, looking to bolster a unit that yielded 27 points per game (third-worst in the NFL) while giving up a disturbing 138.9 yards per contest on the ground. The Bolts acquired veteran edge rusher Khalil Mack and added more experience with the signing of linebacker Kyle Van Noy. The secondary received a needed boost with the signing of former New England Patriots corner J.C. Jackson.

The highly-competitive AFC West became even more so in the offseason, highlighted by the Las Vegas Raiders’ acquisition of former Green Bay Packers receiver Davante Adams and the Denver Broncos trading for Seattle Seahawks All-Pro quarterback Russell Wilson. It all adds up to an exciting wire-to-wire battle in the race to the postseason.

For the Chargers, the 2022 schedule represents a true test of their offseason work, the Bolts facing five of the league’s top ten rushing offenses. The schedule appears to have two distinct halves.

Weeks 1-9 appear, at least on paper, to be much easier than Weeks 10-18, with the Chargers facing the likes of Jacksonville, Houston, Seattle, and Atlanta. From there, the going gets tougher, and if the Chargers want to take the next step this season, a tremendous first half would appear to be in order.

With playoff hopes running high, here’s a deeper dive into the road ahead for the Chargers.

Los Angeles hosts division rival Las Vegas to kick off its 2022 campaign, renewing acquaintances with the Raiders, who advanced to last year’s playoffs with a 35-32 overtime win over the Chargers in a Week 18 thriller.

Had that game ended in a tie, both teams would have been headed to the postseason. To that backdrop, adding former Green Bay elite receiver Davonte Adams to the Raiders’ offensive weaponry shapes this game into another high-octane affair.

The schedule makers were not kind having the Chargers swing right back into action on Thursday Night Football at Arrowhead Stadium for the Kansas City Chiefs’ home opener. The Bolts quieted the raucous Chiefs crowd last year in Week 3, downing the Chiefs 30-24. Herbert threw for 281 yards and four touchdowns in the victory.

The Chargers get an early look at the Jaguars under former Philadelphia Eagles Super Bowl-winning head coach Doug Pederson. After last season’s 3-14 debacle, there is nowhere to go but up for the Jags, who flashed what may lie ahead with their stunning Week 18 upset of the Indianapolis Colts last season.

The Chargers will be out to avenge last year’s devastating, embarrassing Week 16 defeat at the hands of the lowly Houston Texans.

The Chargers’ revamped run defense faces a stern test, squaring off against the Cleveland Browns’ one-two punch of Nick Chubb and Kareem Hunt. Herbert torched the Browns’ defense last season, throwing for 398 yards and four touchdowns in a wild 47-42 Week 5 victory at SoFi Stadium. The Browns also moved the ball at will, amassing 531 total yards, 230 coming on the ground.

From facing Wilson and his new team, the Chargers tangle with his former club, who look to rebuild after a 7-10 record last season. The Chargers learned the hard way in 2021 that “on any given Sunday,” you can be toppled by a supposed lesser opponent.

After the bye, Chargers coach Brandon Staley and his staff have had an extra week to prepare for Atlanta, which does not bode well for the rebuilding Falcons.

An intriguing Sunday Night Football matchup, with the San Francisco 49ers handing the keys over to second-year quarterback Trey Lance.

A return engagement with Patrick Mahomes and Co. at home, at a point where divisional matchups are even more critical. The mid-season report card on the Tyreek Hill-less Chiefs will be in, and this game could mean a great deal to the playoff fortunes of both teams.

A matchup between two of the league’s best young quarterbacks as Herbert faces off with the Arizona Cardinals’ Kyler Murray. This game looms large in what is a decidedly more challenging second half of the schedule for the Chargers.

The second and final meeting comes at a point in the season where both teams are expected to be in the thick of the playoff hunt.

With the ongoing maturity of quarterback Tua Tagovailoa and the addition of former Chiefs’ game-breaker Tyreek Hill, the Dolphins are expected to be much improved in 2022. This game shapes up to be a high-scoring affair with playoff implications for both teams.

The Chargers’ run defense is challenged by two of the league’s best rushing attacks over the next two weeks, starting with this home encounter against Derrick Henry and the Tennessee Titans. Despite Henry missing eight games last year due to injury, the Titans still managed to finish fifth in the NFL in rushing yards en route to capturing the AFC South.

The Indianapolis Colts are coming off their own late-season collapse in 2021 and look to move forward with former Falcons legend Matt Ryan at quarterback. The Chargers, like all teams, are faced with the challenge of stopping All-Pro running back Jonathan Taylor, who ran roughshod over the league last season with 1,811 yards rushing, averaging 5.5/yards per carry, to go along with 20 total touchdowns.

More than LA bragging rights will be at stake for both teams in this New Year’s Day matchup. A classic “irresistible force vs. immovable object” clash pits the high-flying Chargers offense against Aaron Donald and the defending Super Bowl champion LA Rams’ stalwart defense.

If Russell Wilson can lead the Broncos into playoff contention, this game could be another season-ending nail-biter. The Chargers lost at Denver 28-13 in Week 12 last season.