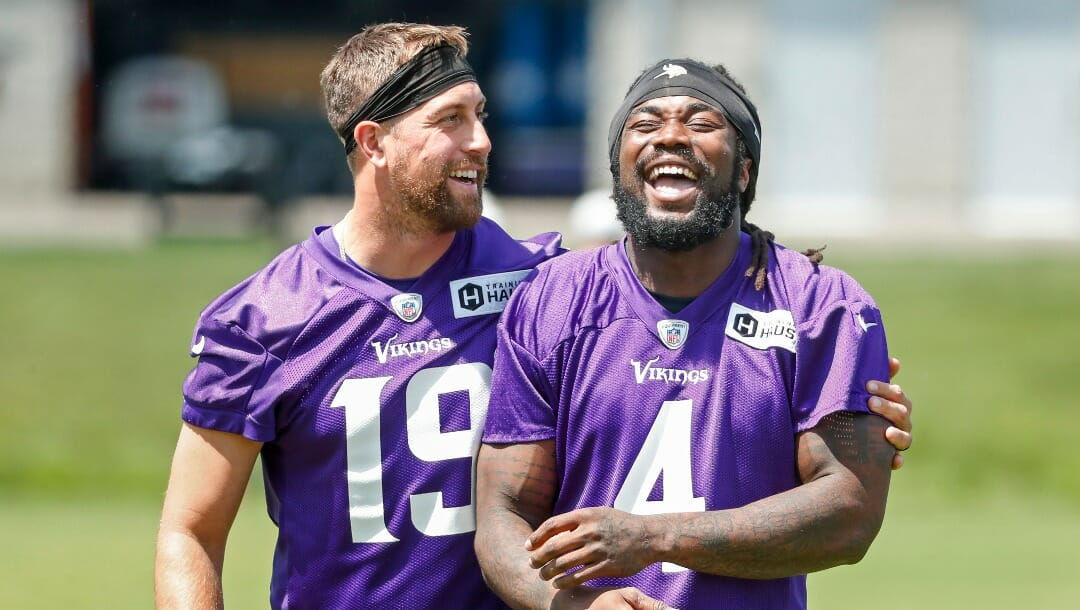 The Minnesota Vikings have been the little brother to the Green Bay Packers for most of the last three decades. But with an offense loaded with talent, can that change in 2022?

Here’s a look at the Vikings’ offseason, 2022 outlook, and NFC North odds at the online sportsbook:

This defense needs reinforcements in a big way, and Hicks can hopefully provide some of that.

The seven-year veteran has previously been with the Arizona Cardinals and the Philadelphia Eagles as part of their Super Bowl-winning team in 2018. He’ll be an immediate impact on this front seven.

Tyler Conklin is off to the Jets, and now the Vikings will need Irv Smith Jr. to reach his potential in 2022 as the team’s top option at tight end.

Conklin had a career season with the team in 2021, and Smith will have sizable shoes to fill, but this shouldn’t be too much of a concern.

The Minnesota Vikings have the talent at the skill positions to be an offense that can compete with anyone in the league.

Their hindrance in 2021 came on the other side of the football, where the defense allowed the sixth-most yards per play on the season at 5.7. The Vikings got five of their eight wins when they held their opponents to 20 points or fewer in 2021.

The Vikings have been stuck in a tier above the Chicago Bears and Detroit Lions but below the Green Bay Packers for a few years now, and it’s hard to say that they belong anywhere else entering the 2022 season. Aaron Rodgers still owns this division, and it will take a valiant effort to keep him from winning his fourth consecutive division title.

It’s also worth seeing how first-year head coach Kevin O’Connell starts the season before placing a wager on this squad.

The talent is there in Minnesota to make some noise, and everyone is just waiting for the Rodgers regression season, but most have learned not to bet against the king of the NFC North. Hold off on this one until somewhere in the season where you can re-assess if there is any reason to believe the hierarchy is under attack in the division.

You may be better off backing Minnesota to make the playoffs (+100 in NFL betting) as a safer bet.

I’m doing neither and instead holding the Vikings at this reasonable price to win the NFC North in 2022.