Most Overpaid Offensive Linemen in the NFL 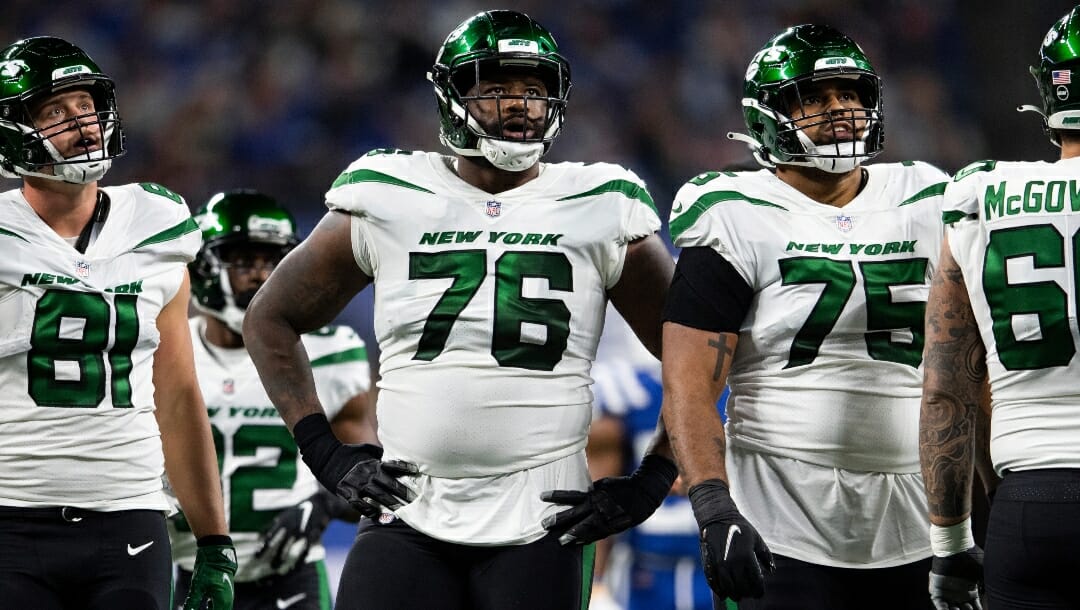 Offensive linemen, especially left tackles, demand a great amount of money based on past performance. And some teams are willing to shell it out.

Here’s a look at some of the most overpaid offensive linemen groups, which may affect how you navigate NFL parlays.

The Arizona Cardinals, who have NFL betting odds of +3000 to win the Super Bowl, have the largest cap hit for offensive linemen at $54.2 million.

The Cardinals are about to spend much more than they should, considering their recent offensive line production.

The Cardinals also return four players who started at least 12 games for them up front, none of which were younger than 28. While DJ Humphries made the Pro Bowl last year, he was graded 49th by PFF among tackles who saw at least 20% of the most snaps in the league.

Humphries has the second-highest cap hit in the NFL at his position at $19.3 million. That’s 9% of the team’s total cap.

Center Rodney Hudson ($12.6 million) and guard Justin Pugh ($7.5 million) combine for over $20 million despite neither of them ranking higher than 32nd in PFF’s grades at their position. Projected starting guard Will Hernandez and tackle Kelvin Beachum both make over $1 million but weren’t higher than 60th at their respective positions.

Welcome to the Valley, @willhernandez76!

We have signed OL Will Hernandez to a one-year contract.

The Jets could outperform their 2021 season for a few reasons, but they still have allocated quite a few resources to their offensive line.

The Jets have the sixth-biggest offensive line cap hit at $48.6 million. That was after ranking 22nd in adjusted line yards and 28th in adjusted sack rate.

The Jets did add Laken Tomlinson, who tied for 13th among PFF’s grades at guard and will have a cap hit of $5.4 million. Mekhi Becton, a former first-round pick with a cap hit of $5 million, could also be back after playing just one game in 2021.

Laremy Tunsil demands a large portion of the Texans’ spending, but he deserves it. He was a Pro Bowler and top-five in PFF’s grades in 2019 and 2020 before a thumb injury limited him to five games last year.

Tunsil has the sixth-highest cap hit for tackles at $17.7 million. But it’s the other money Houston has spent that’s problematic. The Texans are ninth in O-line cap spending at $43.8 million after ranking last in adjusted line yards and 22nd in adjusted sack rate.

Tytus Howard was tied for PFF’s 76th-highest rated guard last season and is projected to start at right tackle. He has the second-highest O-line cap hit for the team at $3.9 million.

The Texans have tried to fix their O-line woes by adding Justin Britt and AJ Cann, as well as drafting Kenyon Green.

Still, that’s likely not enough to justify the money spent.