Most Overpaid Running Backs in the NFL 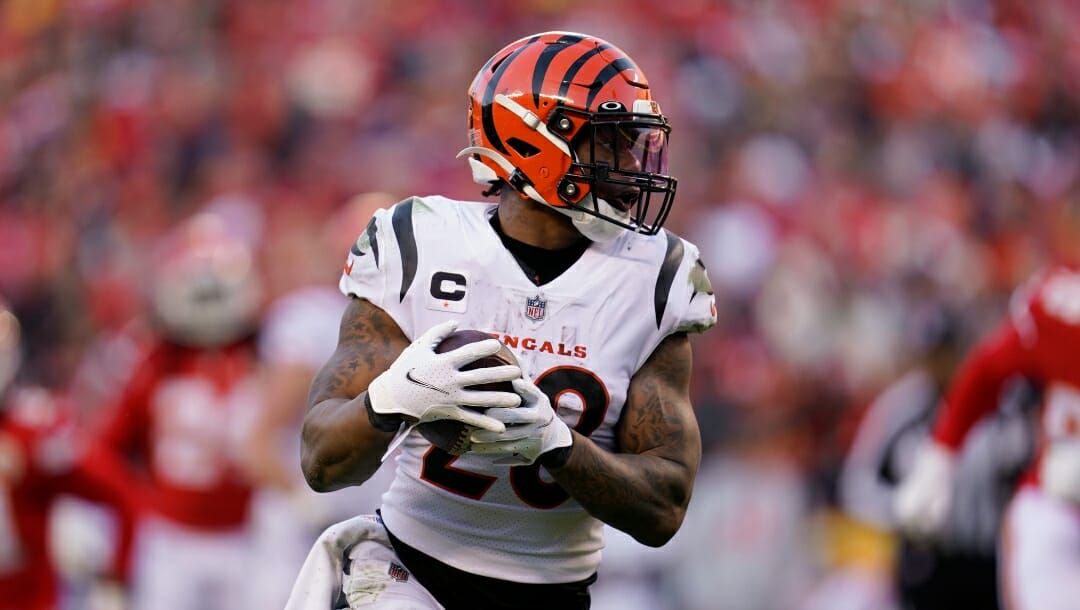 NFL teams are consistently learning the importance of not overpaying for running backs. Most teams, anyway.

There are others, even those with some of the best Super Bowl odds, who can’t show restraint when doling out contracts for their lead ball carriers. While running backs can play an important role in an offense, average ones can be found via cheap free agent deals or late-round draft picks.

Here’s a look at some of the most overpaid running backs in the league.

The Dallas Cowboys, who are tied for the seventh-best NFL odds to win the Super Bowl at +1600, have the largest cap hit for running backs at $24.2 million. That’s 10.6% of their cap spending, an amount larger than they use on quarterbacks.

Most Overpaid Running Back Groups

This selection was fairly straightforward. The amount the Cowboys spend on running backs is twice that of the average NFL team at $11.8 million.

Ezekiel Elliott accounts for most of this money. His six-year, $90 million contract with $50 million guaranteed runs through 2026.

Last season, Elliott was 11th in DYAR but 23rd in DVOA, two Football Outsiders metrics which measure value. While he was seventh in the league with 1,002 yards in the regular season, he was graded 21st by Pro Football Focus for rushing.

Tony Pollard, whose cap hit is $1.1 million, was arguably more effective. He was fourth in DVOA and ninth in DYAR, with 719 yards in 2021.

But the more he’s handed the ball, the worse Elliott’s contract appears.

The Dolphins are throwing quite a bit of money at a lot of running backs in 2022.

Miami is fourth in the NFL with a running back cap hit of $18.7 million. And five running backs have cap hits of $1 million or more.

Chase Edmonds agreed to join the Dolphins with a two-year, $12.1 million contract with $6.1 million guaranteed. His cap hit sits at $5.5 million.

With the Cardinals last season, Edmonds was eighth in DVOA and 17th in DYAR, with 592 yards on 116 carries. He shined when he wasn’t splitting carries with James Conner, but Miami appears to have an even more crowded backfield considering the money spent.

Myles Gaskin is second on the team with a cap hit of $2.6 million. He was 47th in DYAR and 46th in DVOA with the Dolphins, which led to them addressing the position.

Raheem Mostert ($1.9 million) and Sony Michel ($1.8 million) were also added this offseason, and Lynn Bowden ($1 million) is on the roster after being drafted in 2020. No back on the team makes an unreasonable amount, but the Dolphins collectively spend more than they should.

Joe Mixon was one of the top rushers last season, but some advanced metrics indicate he’s not worth what he’s paid.

Mixon was fourth during the regular season with 1,205 rushing yards on 292 attempts to go with 13 touchdowns. But he was 24th in DYAR and 32nd in DVOA. He was tied for 36th with 4.1 yards per attempt.

He was also inconsistent. He rushed for fewer than 70 yards 13 times in 2021 and never ran for more than 90 during the postseason.

Mixon’s 2021 rushing total is the most of his career. And other running backs with much less expensive contracts have produced at a higher level.

One Game Parlays are an exciting way to add more entertainment to your sports betting experience. They are unique options for those seeking to leverage their sports and betting knowledge into quicker and potentially bigger payouts.

Visit the online sportsbook today for available One Game Parlays!