Most Underpaid Wide Receivers in the NFL 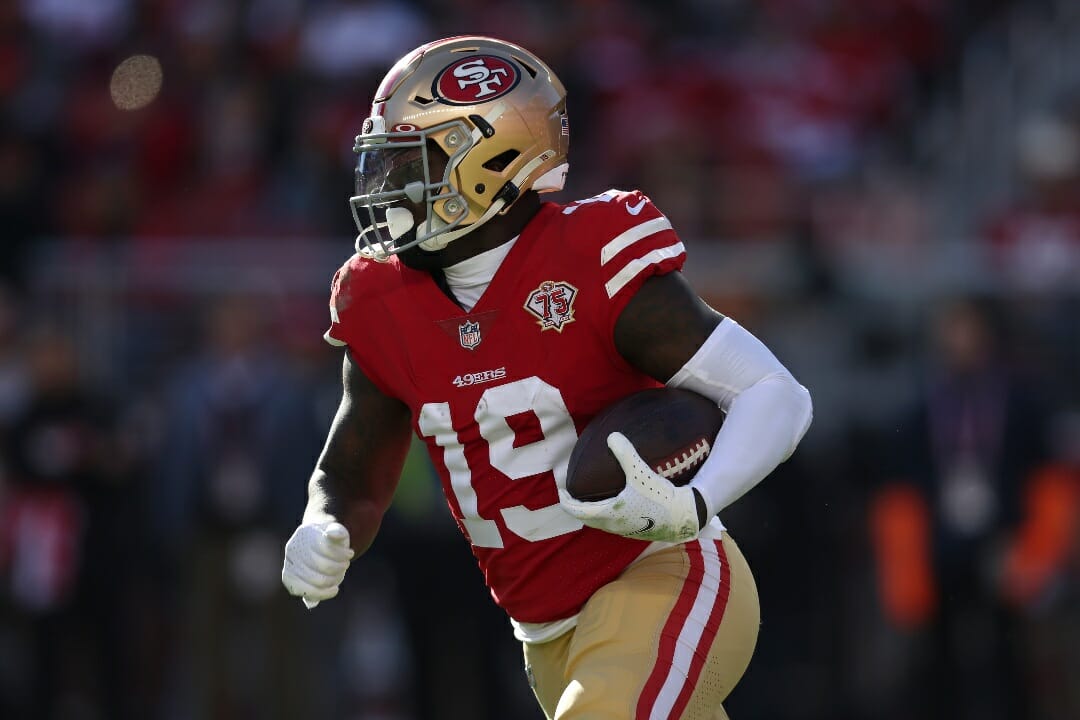 Some NFL playoff odds frontrunners can sustain drives and convert on third downs because they can turn to some of the best wide receivers.

And despite that reliability, some of those pass-catchers make below-average money. Here’s a look at some of the lowest-paid wide receivers in the league.

The Baltimore Ravens have the leading NFL odds to win the AFC North at +150 and have the lowest cap hit for wide receivers at $11.7 million in 2022. The average for the position is $24.1 million.

The Cowboys might have one of the most dynamic passing offenses in the NFL, and only a fraction of their cap space is going toward wide receivers.

The Cowboys are in line to spend $16.5 million in terms of cap space on receivers, which is the eighth-lowest in the NFL. That’s only 7.5% of their total cap.

Michael Gallup will have the largest cap hit at $4.5 million in 2022. This offseason, Gallup signed a five-year, $57.5 million deal. Dallas made this agreement after trading Amari Cooper, the team’s former No. 1 option, to Cleveland.

Gallup played just nine games in 2021 due to an ACL tear. He caught 35 passes for 445 yards and two touchdowns. When he’s more healthy, like when he tallied 1,107 yards in 2019, he’s shown he has the capability of living up to his deal.

CeeDee Lamb, a Pro Bowler entering his third year, is a steal at his price. His rookie contract was four years, $14 million when he signed, and will have a cap hit of $3.8 million in 2022. Pro Football Focus graded him 10th among receivers last season.

The amount the 49ers spend at receiver has certainly been worth it. They have the ninth-lowest cap hit at the position with $17.8 million.

Deebo Samuel has been a multi-faceted weapon. His four-year, $7.2 million deal will expire after this upcoming season, and a more costly extension has reportedly been discussed.

Last season he was 13th by DYAR, a value metric from Football Outsiders, as a receiver, and first as a rusher. PFF graded him third for his offensive value at wideout.

Brandon Aiyuk will have San Francisco’s second-highest cap hit at receiver with $3.4 million. He was 15th in DYAR and 10th in DVOA.

The Lions have a great amount of potential out wide and haven’t paid much for it thus far. They have the 10th-lowest wideout cap hit at $17.8 million.

DJ Chark was brought in this offseason with a one-year, $10 million deal. While he played just four games in 2021, the former second-round pick may be in a better situation offensively than he ever was in Jacksonville.

The Lions have found a significant amount of value with wide receivers’ rookie contracts. For example, Amon-Ra St. Brown was explosive as a rookie. He totaled 912 yards and five touchdowns on 90 receptions in 2021. His cap hit will be just over $1 million after he was drafted in the fourth round out of USC.

Amon-Ra St. Brown scores from out of the backfield! #OnePride

Detroit also drafted Jameson Williams, one of the top prospects in this year’s draft, 12th overall. His cap hit is just $3.2 million. How he performs will greatly determine how much value the Lions have at the position.