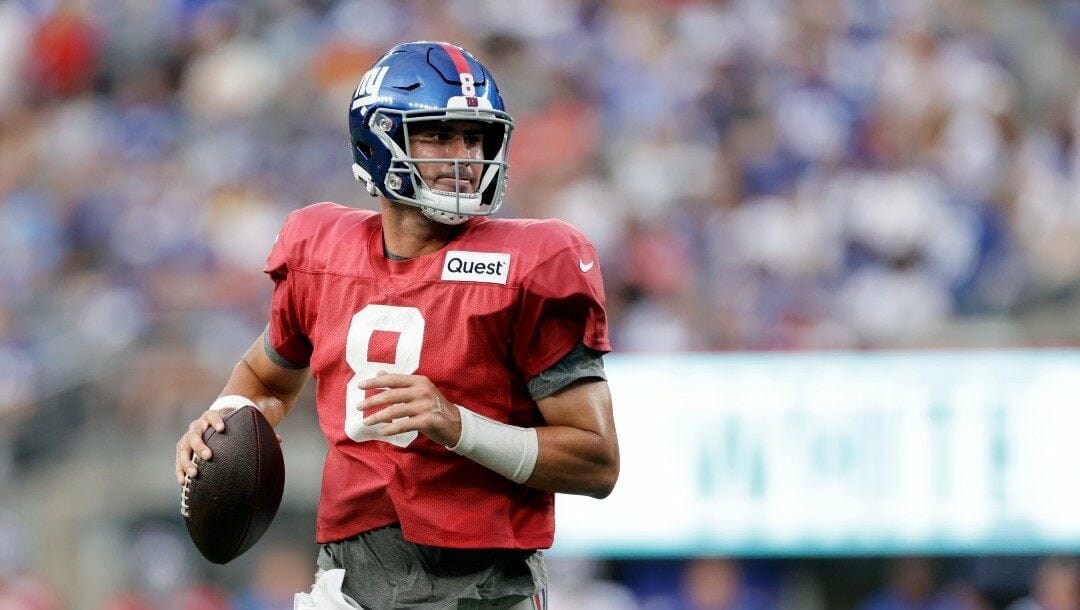 Over the past decade, few teams have struggled as severely as the New York Giants, but their ineffectiveness is self-imposed.

Questionable drafting, their inability to retain talent, and a losing culture have contributed to just one winning season over the past nine years. The betting odds imply another disastrous campaign lies ahead, as the Giants enter the upcoming season as +15000 longshots when it comes to NFL odds to win the Super Bowl.

When the Giants drafted Saquon Barkley second-overall in 2018, he was expected to turn the franchise around. However, the organization may have overburdened him, resulting in injuries and missed time in each of the past three seasons. It would be wise to head into 2022 with reservations about Barkley’s ceiling, as he’s accumulated just 627 rushing yards and two rushing touchdowns in 15 games since 2020.

Daniel Jones hasn’t lived up to the hype of his sixth overall selection (2019). Last year, Jones threw for more than 267 yards in a game just once despite averaging 32.8 pass attempts per game, resulting in 6.7 yards per attempt, eighth-worst among quarterbacks with at least 200 pass attempts.

It’s not enough that Jones can’t maximize the passing game; he also doesn’t have a good track record of making smart decisions with the football. Over the last two seasons, the Duke product has 21 touchdowns to 17 interceptions, ranking 24th in the NFL with a 64.3% completion percentage in 2021.

Lastly, the Giants are missing a premier wide receiver as a preferred outlet, instead relying on several middle-tier wideouts to try and get the job done. It doesn’t help that Jones is feeding them the ball, but no one recorded more than 521 receiving yards, and only the running backs had catch percentages above 68.4%.

Assessing where the Giants are and what there’s to look forward to, it could be another disappointing year on offense.

No Help on Defense

The Giants could get by with a mediocre offense, provided they got more out of their subpar defensive unit.

Consequently, opponents had no problem running up scores last year. The Giants allowed the 10th-most points per game, despite facing some inferior opponents. Irrespective of schedule, the Giants play down to their opponent’s level. Even if they get the most out of their more recent draft class, primarily featuring defenders, there are still hard lessons to learn for an inexperienced unit.

The further you dig, the harder it becomes to find bright spots for the Giants. Successes will be few and far between, even considering their league-best strength of schedule for the forthcoming season.

It’s easy to see how the Giants ended up as +15000 dark horses, but it’s harder to reconcile how they overcome their long odds. If Jones doesn’t pan out this season, then at least they get another high draft pick in the draft to try and start over again.