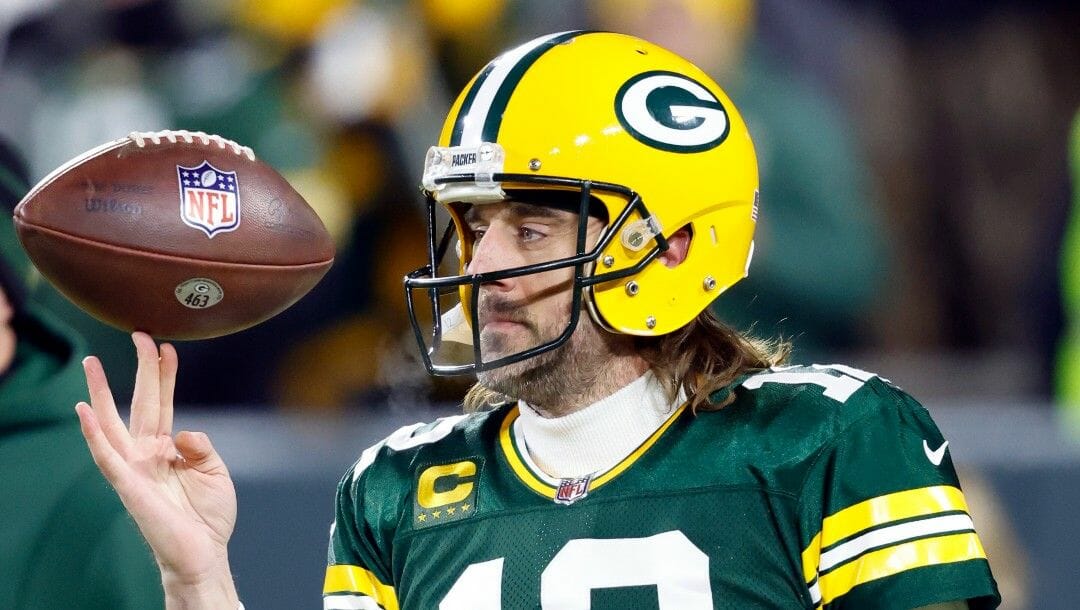 Aaron Rodgers is still a member of the Green Bay Packers, which means when it comes to NFL odds to win the NFC North they remain a big favorite.

Here’s a look at the entire division and where other teams’ odds stack up against Green Bay in the NFC North division.

Despite all of the drama over the last 12 months, Aaron Rodgers remains under center for the Packers and that’s all that matters.

Green Bay will be going for its fourth consecutive NFC North title but will have to do so without Davante Adams, the league’s leader in receiving yards since 2017. Adams was traded to the Raiders in March and now leaves Rodgers with what is currently one of the worst receiving groups in the NFL.

That’s the main concern with this team but if their 10-time Pro Bowl quarterback can put together his usual MVP-like season, things should be just fine.

It's plays like these that separate Aaron Rodgers from any other QB I've seen.

And this isn't one of his "highlight reel" throws. He does it 𝗿𝗲𝗴𝘂𝗹𝗮𝗿𝗹𝘆.pic.twitter.com/HiwnGSDmdT

For what feels like the 100th year in a row, the Vikings will likely be a trendy pick to make some noise in the NFC and even in NFL betting.

Over the last eight seasons, Minnesota has never had less than seven wins but only has two postseason victories to show for it. If the Packers do indeed slip up this season, Minnesota feels like the clear-cut candidate to take advantage.

If the Bears want to be taken seriously, they need to put more around second-year quarterback Justin Fields.

He had flashes in 2021 where he looked the part, but the loss of Allen Robinson really leaves Chicago with limited options at wide receiver. This may be a wait-and-see spot if you are looking to back the Bears.

See if Fields can really make that next step in his second season and if he starts strong, you’ll feel more confident with the pick even if it’s at a reduced number.

The Lions are in line for a fifth consecutive season in the basement of the NFC North and it’s difficult to justify any other outcome.

Whether it’s Goff or a rookie under center in 2022, this team feels like it has a low ceiling with little talent at the skill positions and a defense that ranked 30th in yards per play allowed in 2021.