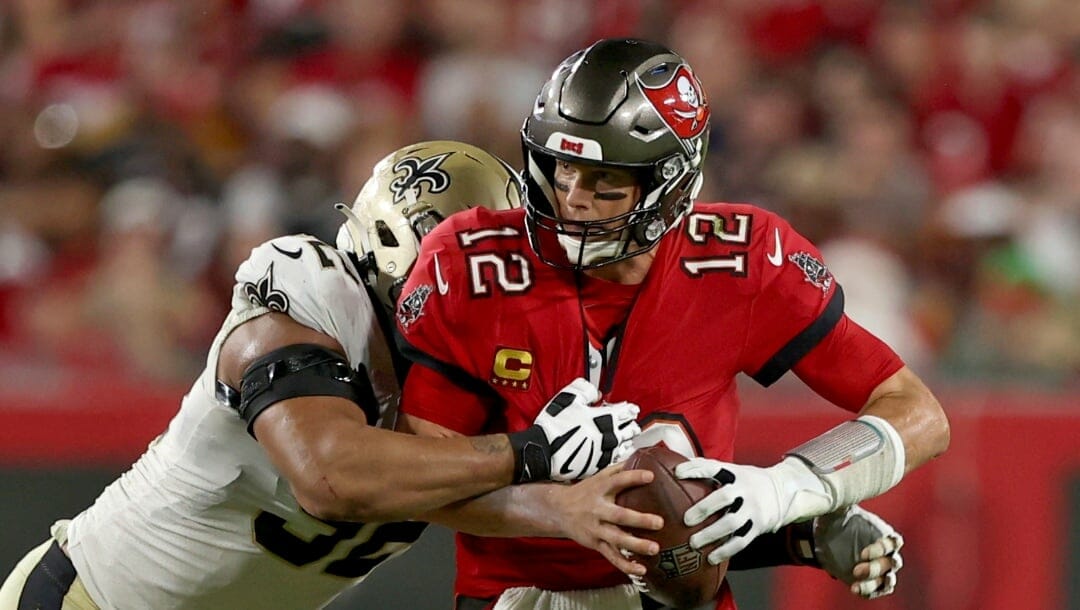 The return of Tom Brady puts the Tampa Bay Buccaneers safely in the driver’s seat in the NFC South and back in the Super Bowl conversation. The rest of this division still boasts plenty of uncertainty heading into next week’s NFL Draft and the remainder of the offseason.

Here’s a look at updated NFC South odds at the online sportsbook:

The Bucs are the heaviest favorite to win their respective division across the NFL this season, and with such uncertainty surrounding the quarterback position with every other team within the NFC South, it makes sense.

Tampa Bay flew back to the top of the division following the reversal of Tom Brady’s announcement to retire just a few weeks prior. The Buccaneers will have a new head coach in Todd Bowles, but almost all of the team’s significant contributors from the past two seasons will be back in 2022.

Regardless, I don’t feel comfortable laying this number on a futures bet because all it takes is a key injury or two and you have a bad price on your hands.

The Saints showed promise with Jameis Winston under center a season ago but a torn ACL suffered in Week 8 ended his season early and New Orleans went from 5-2 to 9-8, as they ultimately missed out on the postseason on the final week.

Losing such an accomplished head coach in Sean Payton to retirement is a tough pill to swallow, but the pieces are still in place here. Last year’s woes largely came from the receiving corps, but their stats were heavily skewed by the loss of their starting quarterback less than halfway through the season, as no player had 700 receiving yards while the team ranked dead-last in passing yards per game in 2021.

If New Orleans wants to contend for this division, it will need to become an offense that can get it done through the air.

The large jump in odds for these next two teams comes with even greater quarterback uncertainty.

The Panthers are one of few NFL teams remaining who do not have a starter they are ready to commit to on the roster and may even scoop up a signal-caller in the draft next week. There is talent in the skill positions between running back Christian McCaffrey and wide receiver D.J. Moore, but Carolina will need someone formidable under center to put their stars in positions to succeed.

Hold off on this one until later in the season and the quarterback situation is sorted out.

The Falcons are likely in for one of the lowest years in franchise history and have a chance to be the worst team in the NFL in 2022. They are currently tied with the Houston Texans for the lowest win total in the league at 4.5.

Longtime franchise quarterback Matt Ryan is now with the Indianapolis Colts and that leaves a gaping hole under center that could be filled through their eighth overall pick in the draft. There is plenty to be desired at the skill positions on this roster since Swiss Army knife Cordarrelle Patterson carried the load in both the rushing and passing game in 2021.

Similar to Carolina, you’ll want to wait this one out before laying any money.