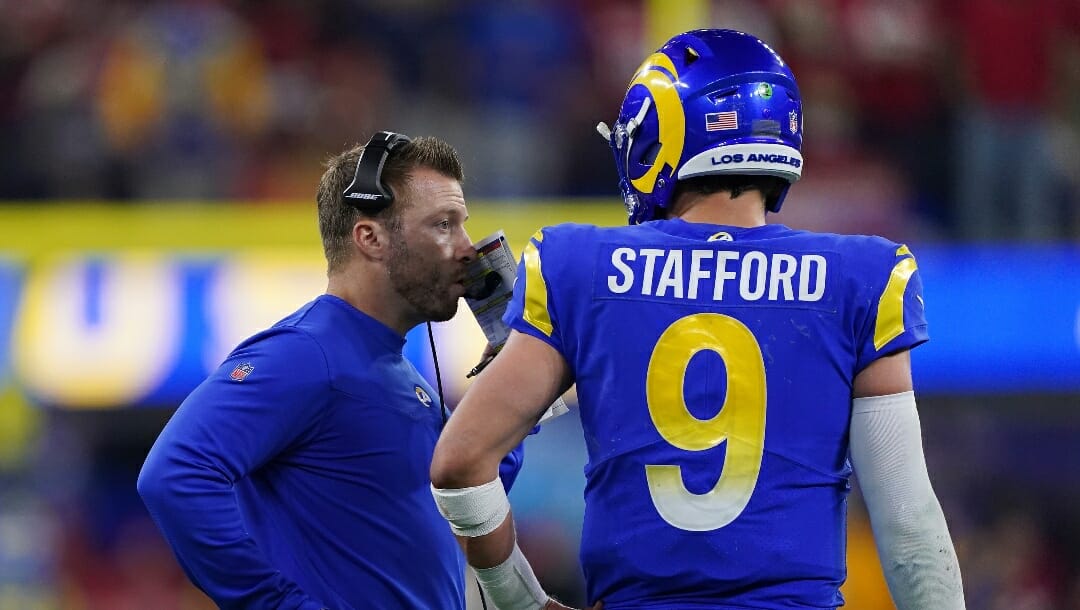 The NFC West was one of the league’s best divisions a season ago and it’ll likely be more of the same in 2022.

The Super Bowl champion Los Angeles Rams will look to win their fourth division title in six seasons but the San Francisco 49ers and Arizona Cardinals don’t sit too far behind as capable foes out west.

Here’s a look at NFL odds for NFC West champion:

It’s no surprise that the defending Super Bowl champions are the favorites to win the NFC West with most of their team returning in 2022, but the fact that they are plus-money feels like the surprise here.

Between San Francisco’s uncertain future both at quarterback and with their star player in Deebo Samuel, Arizona’s incredibly poor end to the 2021 season, and Seattle choosing to ship off Russell Wilson, is the competition that tough to win the West again?

This number is too short on a team that may be losing someone who accounted for nearly 2,000 scrimmage yards and 14 touchdowns.

Wide receiver Deebo Samuel has requested a trade from the organization and reports came out on Friday that he told the 49ers to not even bother with a contract offer. All signs point to the first-team All-Pro not being in San Francisco this season which should be enough to keep you away from this short line.

The Niners often find ways to win under head coach Kyle Shanahan regardless of the situation, but they seem a few steps behind the Rams at most positions.

The Cardinals had a disastrous end to last season and will be more excited to start with a clean slate in 2022 than maybe anyone else in the NFL.

After starting the season 7-0, the only undefeated team in the NFL heading into Week 8, Arizona finished the season 4-7 and looked a shell of their former selves in a 34-11 blowout loss to the Rams in the Wild Card round.

It’ll largely be the same key pieces in place for the Cardinals heading into this season which bodes well for a talented roster, but this price feels about right and you shouldn’t feel excited to back a team that looked like one of the worst in the league down the stretch in 2021.

With either Geno Smith, Drew Lock, or a rookie draft pick as the starting quarterback, you probably need longer odds in such a cutthroat division to see value with this roster. The team’s overreliance on Russell Wilson season after season felt more noticeable in 2021 following a finger injury that kept him out for three weeks, a stretch where they really struggled.

It’s a gap year for the Seahawks as they will be seeking their quarterback of the future for the post-Wilson era with neither Smith nor Lock likely answers to their long-term needs.